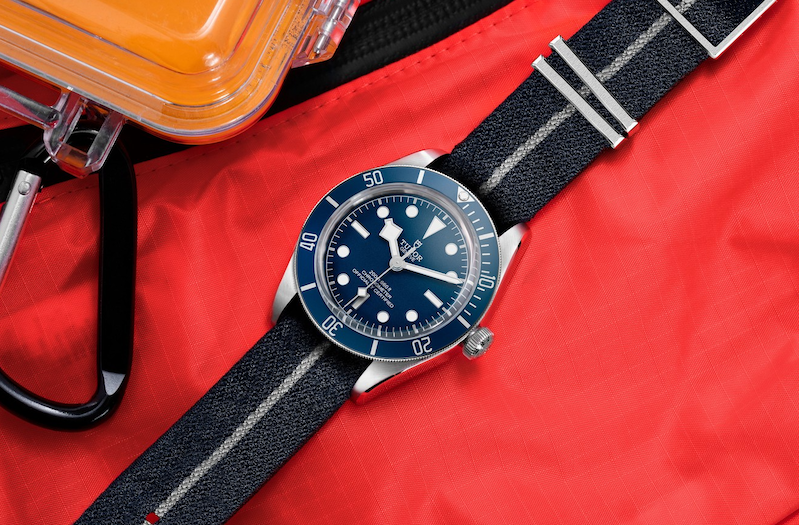 The Tudor Black Bay Fifty-Eight Navy Blue reimagines the Submariner used by the French Navy in the 70s.

It’s been two years since the debut of the first Heritage Black Bay Fifty-Eight, and already, it’s become one of the most popular watches in the Tudor range. And there’s a good reason behind that: it’s the modern version of the extremely popular Tudor Submariner from 1958.

So why does this matter?

The 1950s was a historic time for dive watches, and it was during this era when some of the first dedicated diving models were made. Their fame hasn’t exactly waned since, and the dive watches from that era have become touchstones of modern design. Such was their popularity that most of the dive watches today still draw their cues from the mid-century models. And that’s part of the reason why houses like Rolex and their Submariner models have maintained their iconic status throughout the decades. (You can read about a brief history of Rolex in our story here.)

1958 was a landmark year for Tudor. It was the year they introduced the “Big Crown” Submariner: the first of their dive watches that could withstand being underwater for up to 200 meters.

The Black Bay Fifty-Eight is the current evolution of the “Big Crown” and given how well it’s been received, it seems the watchmaking world quickly caught on. Now, with the introduction of the Fifty-Eight Navy Blue edition, the Black Bay collection is about to add another icon under its belt.

Several watchmakers can tell stories about the heritage of their dive models, and in this regard, Tudor has a wealth of it to draw inspiration from. The Navy Blue edition is a homage to another sought-after watch from the 70s: The Submariner MN.

The Submariner MN was famously used by the Marine Nationale—the naval arm of the French military. It also had a distinctive design: “snowflake” hands, bold hour markers, and a blue dial matched with a blue bezel. This colorway, in particular, had acquired the nickname “Tudor blue,” a style that was adopted by the house’s sports watches.

The Black Bay Fifty-Eight isn’t exactly a re-issue (the hour markers and the bezel stand out as some of the most obvious differences.) It’s more a re-design of the Submariner MN that’s built for today. It does, however, adopt the same colorway, and the coveted snowflake hands remain.

Still, it has a somewhat more streamlined design and runs on a thoroughly modern movement: all while keeping the spirit of the original. There’s a certain balance to the new design that makes it seem a little more refined and era-appropriate while showing just enough of its vintage roots. The short of it is: it just plain works.

At 39mm, the watch is a little smaller than your normal modern diver, and falls more in line with its vintage counterparts. Looking under hood, it runs on the in-house calibre MT5402—a relatively slim automatic movement that has a power reserve of 70 hours and is a certified chronometer.

So is this watch going to make waves?

Vintage Tudor Submariners are still highly sought after, and the MN versions even more so. It’s a safe bet that the Black Bay Fifty-Eight Navy Blue is going to get a similar following.

And if you want to see it in a bit more detail, you can check out the video below: