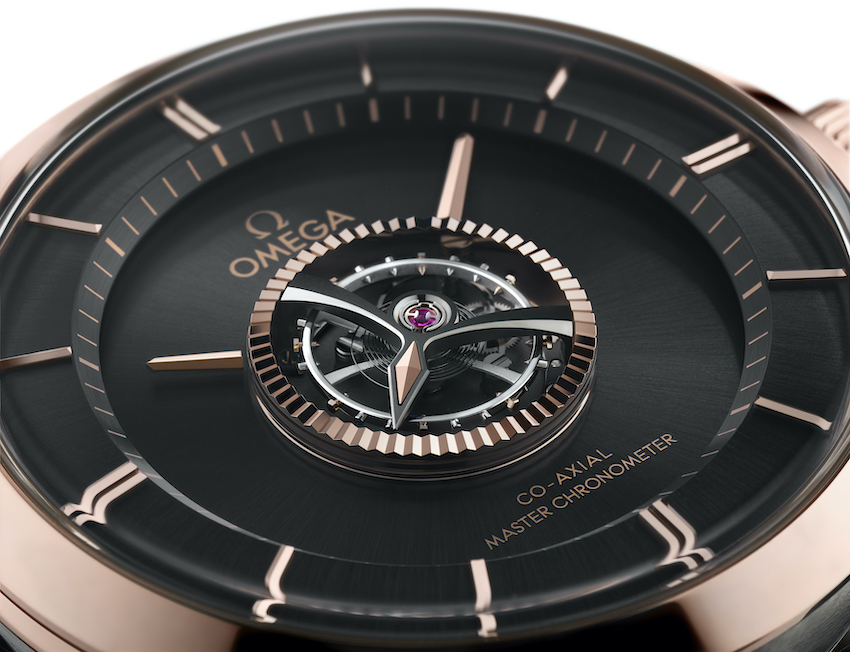 Only a handful of watchmaking houses can tell quite as many stories as Omega. For more than a hundred years, the watchmakers from their workshops have come up with iconic timepieces that have gone on to make history.

There’s the Constellation, which commemorates Omega’s record-setting accuracy in the Geneva Observatory trials in the 1930s; the Seamaster, also known as the James Bond watch; and the Speedmaster, the official watch of NASA and the first watch on the moon. The Speedmaster also also played a crucial role in saving the Apollo 13 astronauts after an explosion in space nearly doomed the mission and the crew.

So there’s always some buzz every time Omega drops a new watch that could potentially join the ranks of its icons. This year, they’ve come up with another piece for us to think about: the De Ville Tourbillion Numbered Edition. It’s the first Master Chronometer-certified tourbillon from the house, and is a different kind of achievement altogether. One that’s very much technical in nature. So why is this important? Let’s break it down a little here, starting with the tourbilllon.

A tourbillon is a complication that was made to counteract gravity, which used to play havoc with a watch’s internals. Basically, using a watch in different positions would make some of the key components wear out faster, thus making the watch inaccurate.

Named after the French word for “whirlwind,” the tourbillon is a pulsating mechanism that evens out the wear in these components by constantly rotating them. (You can read a more detailed explanation in our story here). These days, watchmaking has advanced far enough that the problem isn’t as grave, and the tourbillon has since become more a hallmark of fine watchmaking. Only a handful of houses can claim to be able to build one.

But what’s likewise interesting is that the De Ville Tourbillon Numbered Edition is also a Master Chronometer—the first tourbillion in the Omega line that has been certified as one. And to appreciate how important that is, we’ll have to talk about chronometers as well.

All mechanical watches lose time daily, no matter how well-made they are, though chronometers can keep that loss to a minimum (as little as +/- 1 second a day). A Swiss organization called the Contrôle Officiel Suisse des Chronomètres (COSC), subjects certain watches to a series of tests and only the ones that pass the gauntlet are certified chronometers.

The Master Chronometer distinction goes beyond the already stringent COSC qualifications. In fact, only watches that have already gone through the COSC can be tested for Master Chronometer status. (You can read more about chronometers and the COSC certification here.) It was actually Omega who collaborated with the Swiss Federal Institute for Metrology (METAS) to establish the certification, and they were also the first to get a watch certified (the Globemaster).

In any case, this is is a watch that is as precise as they come, while also housing one of the most prestigious complications ever made. Still, none of this would matter if it didn’t look like something you would actually want to wear. Fortunately, the De Ville Tourbillon Numbered Edition doesn’t have any problems in that area.

Omega has struck a fine balance between technicality and wearability. The dial is given a black PVD treatment, creating a striking (yet subtle) field for the tourbillon to be displayed. The case is made of two types of gold—both also subtle—and the tourbillon itself is located at the center of the dial. The watch tells the hours and minutes, while the cage that carries the tourbillon lets you keep track of the seconds. There’s also a power reserve indicator in the back of the watch, which lets you keep track of how long the watch has before you need to wind it again.

The Omega De Ville Tourbillon Numbered Edition won’t be limited to a pre-determined number of pieces either, though the ones that do get produced will have their number displayed on the back as well.

Omega’s new milestone may not have gone to space and it may not be strapped to the wrist of a famous fictional super spy, but it may become just as iconic in the watchmaking world. Because if anything, it’s the watch that mastered the whirlwind.