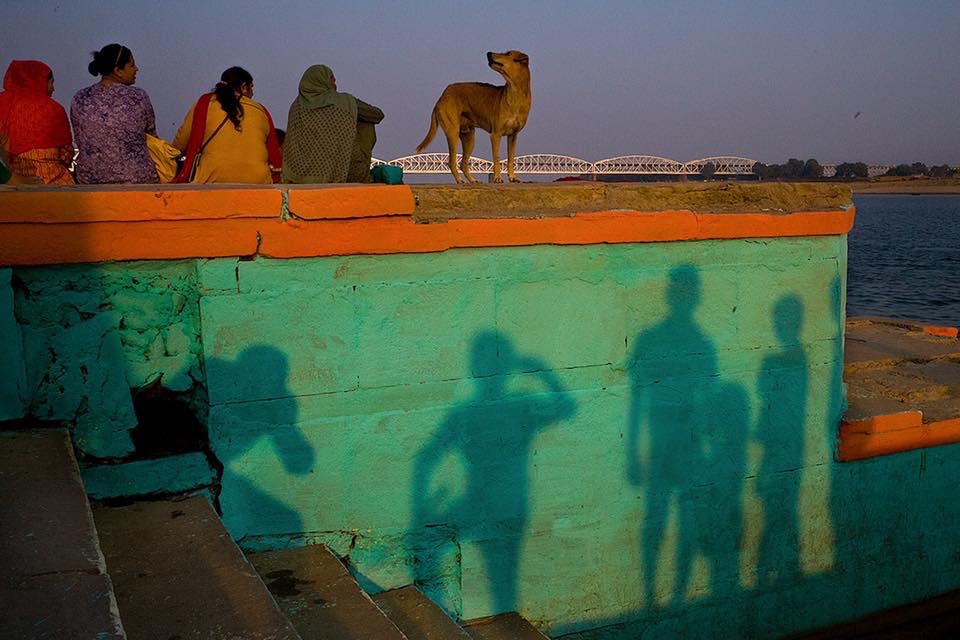 What does it take to capture the spirit of a place? For Vineet Vohra, it’s usually 10 to 15 minutes. But it’s more about seeing.

It’s early in the evening when I sign into Zoom, and before the presentation is even close to beginning, dozens of people are already waiting in the digital room. Tonight, Vineet Vohra is hosting a talk about capturing cities through the lens, and they’ve all tuned in to listen.

The people in the room, they’re from everywhere in Asia, and some seem to be from much more distant time zones. Though once you’ve seen Vineet’s photos, it’s easy to understand why they’re here.

Leica has been around since 1869, and since then, its cameras have captured some of the most famous historical photos in the world. Che Guevara’s iconic portrait, the Napalm attack in Vietnam, and the one where a sailor kisses a nurse on the day of Japan’s surrender during the Second World War: images you’ve likely seen before, whether on the cover of magazines or on the

Leica is the sort of camera that’s forever been associated with things like these—famous places, influential people, historic events—though it’s equally known for its use in street photography, for taking in the nuances of everyday life.

Vineet is known for capturing the city as it is, and his photos seem to have a living aspect to them. A story that moves and stays alive long after the moment has passed. Over the screen, He begins to run us through each one. There’s one that shows a dog stretching in a city street, another that captures kids diving with water buffaloes, and yet another with a man selling toy guns. He tells us how he came by these, the stories behind them, what happened behind the scenes. And the interesting thing is: he only stays for 10 to 15 minutes in any given place most of the time.

“All the images you see is my subjective interpretation of the city,” he says. “It is also how this city spoke to me”

And it’s fascinating to see, to hear the reason why each picture seems to textured, so alive. Because it’s not just about skill. It’s about being there, being part of the photo. Later on, during the talk, Vineet would go: “If I don’t smell a person I don’t shoot it.”

But is that even possible now?

The state of street photography then isn’t the same as today, when the COVID-19 pandemic hasn’t been fully contained.

“Things will change for a person like me who used to go close to people,” is what Vineet says.

“It will have an impact on our styles of photography also.”

Hand sanitizer, he says, will be part of the essentials of the trade, as well as masks. I think that last one is fast becoming the symbol of today’s reality. And street photography being a discipline that captures the everyday, masks are going to be in it a lot, both for the subjects, and for the people behind the camera.

These days, there isn’t much traveling going on, either. But while much of the world is still under the effects of the current crisis, it hasn’t stopped the gears from turning in everyone’s heads. The short of it is, the pandemic doesn’t have to be the end of street photography. It’s just going to change how we do things, and people will likely be looking more toward their own neighborhoods.

“If you have the ability to see things then you should be able to take pictures in your neighborhood,” is what Vineet says.

Many of his photos are from around India, including from his home city. In the country alone, there’s a breadth of culture to be explored. Sometimes, just a few miles apart.

And sure, this may not be same everywhere. There may not be dozens of different dialects or dress styles where you are, but this isn’t about that. It’s about noticing what there is, wherever you are, and capturing the nuances of that through the lens. This is precisely how Vineet has made this observation: because he took the time to see it.

And as for photography style, there’s no single one that street photography holds superior. No single view or voice that defines it. There’s not much to be gained by imitating someone’s work of art. In the same way that you have to be part of the photo when you take it (though from far away these days), you likewise have to become part of the way it’s taken.

“Believe in yourself and be yourself,” is how Vineet puts it.

It’s a simple statement, though a powerful one in this field. Perhaps the same as anywhere else in the art world. Because street photography is about seeing, about your own view.

“I would suggest all of you to see and then make the shot,” Vineet says as his advice to everyone in the room. Because it is this kind of shot that carries your voice, no matter what the world and its streets are like right now.

Check out the gallery below for some of Vineet Vohra’s photographs across India: