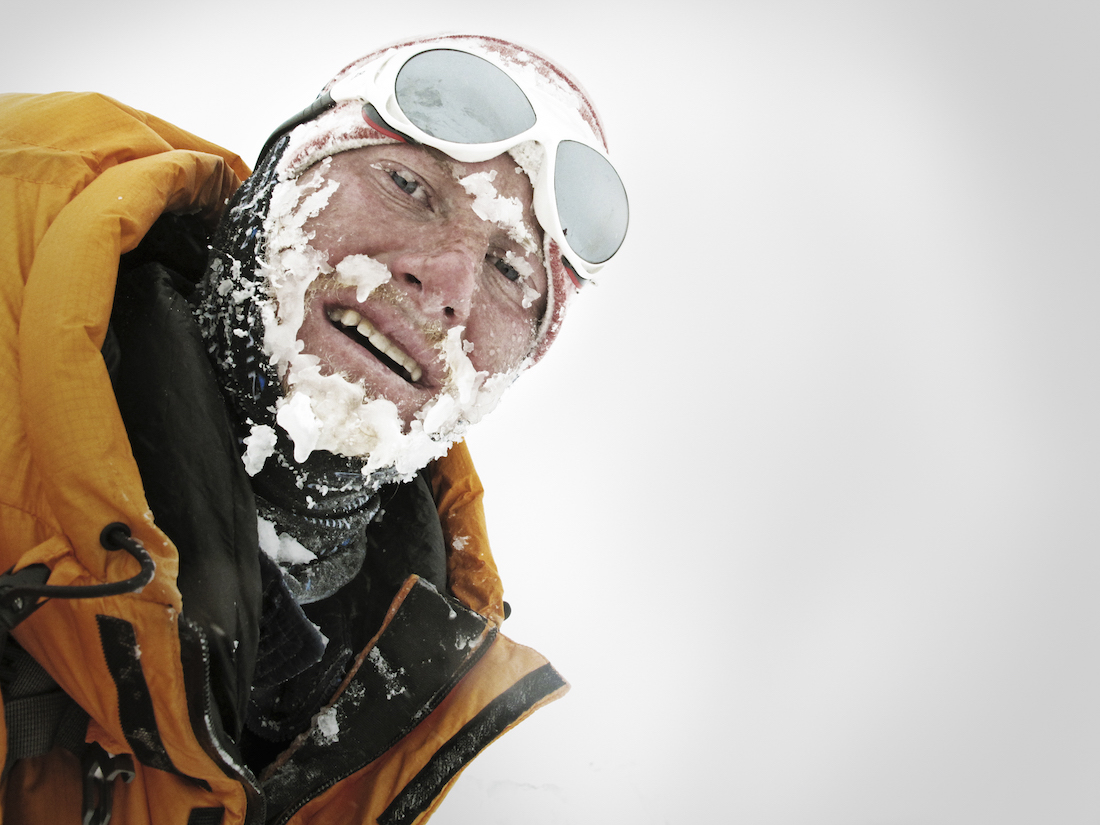 The adventurer talks about risks in a new series from Rolls-Royce.

The way things stand, adventure photographer Cory Richards seems like one of the explorers you see in the history books. He’s been to the war zones of Angola and Uganda, climbed the Gasherbrum II mountain in Pakistan during the winter, and headed for the peaks of Antarica and Everest. That last one he’s done several times, and just last year, Richards even attempted to establish a record by finding a new route to the Everest summit.

His is a name that belongs with the likes of Alberto Santos-Dumont, Neil Armstrong and Buzz Aldrin, Edmund Hillary and Tenzing Norgay: people who’d risked more than a little to get a look at the unknown.

And all of this rings true for him. During the climb to Gasherbrum II, Richard was caught in an avalanche on the descent, and managed to survive it, taking a selfie right after. That photograph had made it to the cover of National Geographic.

This unusual path of taking risks has led him to be the subject of the new episode of Inspiring Greatness—an online series presented by Rolls-Royce. In the show, the marque talks to people who’ve done extraordinary things. From artists to directors to explorers, the series takes a look at what it takes to discover new ways of thinking and create and experience something unparalleled.

This isn’t the first time that Richards has collaborated with the luxury car maker. In 2018, he joined an expedition that the marque calls “The Final Challenge.” In it, Richards and the Rolls-Royce team headed to some of the most remote parts of Scotland, the United Arab Emirates, and the US in a camouflaged Rolls-Royce Cullinan—all in an effort to test its limits and try to destroy it. Well, they didn’t succeed, and the Cullinan was later launched as the first SUV from Rolls-Royce.

“Rolls-Royce, to me, occupies a space that I resonate with in terms of perfection, where there is an absolute attention to detail that is unrivalled,” says Richards. “There’s a willingness to take time in order to create something that is beyond compare that encourages us to dream about what we can accomplish.”

In any case, you can catch the Cory Richards episode of Inspiring Greatness here: