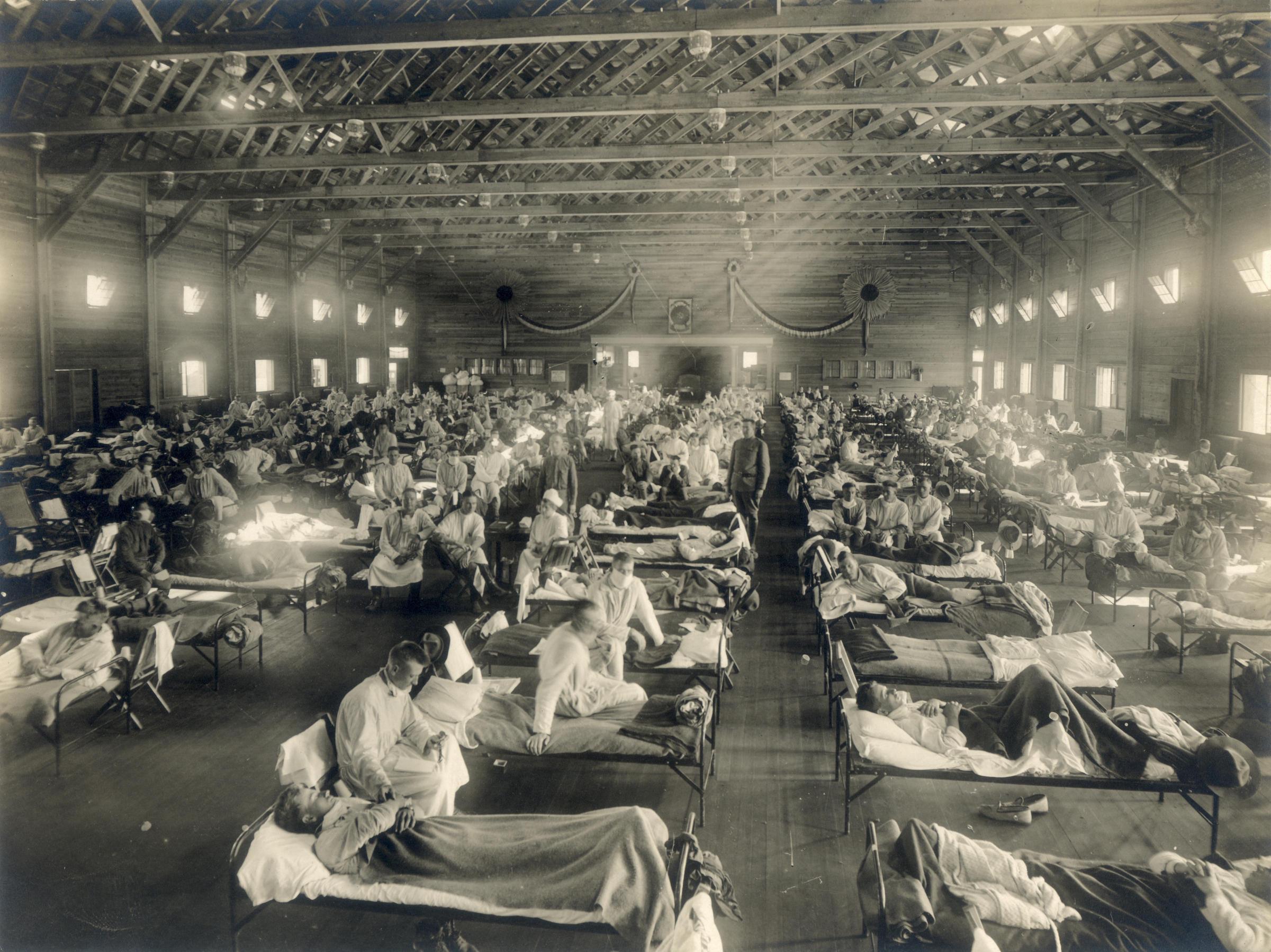 What the 1918 Spanish Flu pandemic taught us but we decided to forget.

One of the best sci-fi television shows from the early 2000s—Battlestar Galactica—had a tagline: All of this has happened before, and it will all happen again. As a historian—and let me adjust my monocle here—I call this a history rhyme. It’s a real thing. History might not repeat exactly, but it will rhyme.

So much of what’s going on right now, has happened before, and despite years of people warning that it will happen again, people are shocked when it does.

102 years ago, the Spanish Flu happened much like COVID-19 is happening now, and it seems that humanity has not learned its lesson. The Spanish Flu tried to teach us that we are not ready for a nameless, faceless fear, and yet, collectively we as a people decided to forget about it.

Multiple sources for this article have named the “Spanish Flu” as The Forgotten Plague, since qualifying this flu as “Spanish” is disingenuous. The sickness first started to show itself in the US at Camp Funston in Kansas, but there are some scholars who posit that the disease actually came from Chinese workers brought into the Americas to work and were packed into crowded transport with no sanitation or ventilation.

Either way, the reason that the flu was categorized as “Spanish” was because the only country that reported the sickness was Spain, as everyone else was embroiled in World War I. Spain remained neutral in the conflict, and therefore didn’t have to fudge its numbers. Because of the war effort, both sides of the Great War tried to downplay the statistics of the disease. They tried to tamp down on reports of sickness and outbreaks and that misinformation cost them dearly.

In their excellent series, The 1918 Pandemic, historical YouTube series Extra History talks about the city of Philadelphia and their response to the crisis. During the early stages of the epidemic, leaders were cautioned to cancel large scale events, and encourage people to stay indoors. But the Mayor of the city insisted that the epidemic was almost over. And the papers printed that over and over even as the death toll continued to mount. Despite all of these warning signs, the Mayor’s office decided to push through with a huge Liberty Loan Parade to support the war effort. Three days after the event, the hospitals started to fill. Philadelphia is now used as the “cautionary tale” of how not to handle epidemics.

The Spanish Flu came to the Philippines as well, and it pulled out a lot of ugly racism against Filipinos. In his book “Colonial Pathologies” Warwick Anderson exposes the outright racism of the American policy makers who were meant to be “protecting their little brown brothers.” American doctors fought the “Filipinization of medicine” insisting that our “weak puny bodies would never be transformed into a “vigorous race” if the natives were allowed to “take over.”

The Americans complained that the Malay race avoided enforcement and ignored that fact that perhaps Filipinos didn’t trust Americans who had been their enemy just a few years before and also considered them to be “child-like” and incapable of understanding their “wonderful work.”1 In South Cotabato, the estimated infection rate of the disease was 95%. It looks like politicians and policy makers were ducking the blame by pointing out that their constituents were the problem; or their circumstances were the problem. That it was anyone’s fault but theirs.

Misinformation was the true bad guy here. Once the disease started spreading through civilian populations, the public started to question these reports. And once leadership loses the confidence of its populace, panic spreads, fake news spreads, a false sense of security spreads. And these secondary problems can lead to mutations, overloaded hospitals, and a shortage of coffins.

That’s right, because people didn’t understand virology—they didn’t listen to doctors and scientists and experts—the disease ran so rampant that the US ran out of coffins.

This is not meant to be a horror story. It’s a cautionary tale, every single article about the 1918 pandemic of Spanish Flu ends with the same grim warning: it’s only a matter of time before it happens again. And, it seems, that time is now.

We’re living through a period in history, and history has its eyes on us. How we respond to this pandemic will follow us through the ages, and we are not looking very good thus far. At the time of writing.

One by one, the great populists, the strongmen, are falling to this faceless fear. It’s easy to fight against a human enemy. But there’s no good rhetoric for fighting a pandemic, and for men who rely on flash and pomp and pageantry, the lack of substance is becoming more and more clear.

But another thing that the Spanish Flu can teach us, is that while there is no going back to the world before the Flu, the world does begin to re-normalize. Shops and schools and museums will open again, and this time, it’s up to us to remember the lessons we had to learn the hard way, and make sure that our children and grandchildren will be better equipped to fight it.

Let’s not make it a three-peat, let’s keep the people who are making decisions front and center when we talk about failures and mistakes. Let’s take care of each other and stay at home to stop the spread. Let’s buy gift certificates from local restaurants and bars. Let’s all wash our hands and sing while we do it. But most importantly, let’s not forget what happened and how we can do better next time.

So why did I bring up Battlestar Galactica? Because everyone should watch it, seriously, you have time now (a the time of writing, we are on day 27 of Social Distancing In the Philippines). Do it. Watch the characters and their policies and their philosophies change as the world changes around them. We are failing right now but little by little we are going to fail better. We will come through this, we will adapt, but… do we have to let it happen again once we get to the other side? That’s the question.