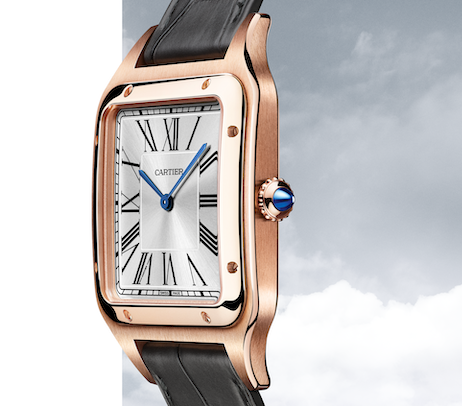 Many of the watches that come out today can trace their roots back to iconic designs—revised and sometimes reinvented to suit more modern times. And in an industry such as watchmaking—where history, heritage, and dedication to traditional techniques are the hallmarks of prestigious brands—that’s to be expected.

Some of these watches have changed timekeeping history, after all, and the subsequent versions and re-editions usually prove popular with collectors. Take a look at what’s on offer today and you’ll see that quite a lot of them have had a storied past.

Rolex has its various Oysters: the Explorer that went on the first scaling of Mount Everest, the the Submariner that was one of the first commercial dive watches, and the Deep Sea that went into the Mariana Trench. Omega is still making its Speedmaster—the watch that went to the moon—and James Bond’s famous Seamaster. Breitling also has the Navitimer, the watch that went from sky to space.

For Cartier, one of its most iconic watches is the Santos, and its history goes back to the early 1900s.

During that time, Louis Cartier was in a conversation with his friend, aviator Alberto Santos-Dumont. Santos-Dumont was one of the pioneers of ballooning, dirigibles, and heavier-than-air craft, and had complained to Cartier about the difficulty of checking his pocket watch while in the air.

By 1904, Cartier had given him a solution: creating the first modern men’s wristwatch and naming it after him. Santos-Dumont wore it to his flights and went on to become a national hero in Brazil for his work in aviation.

The original Santos de Cartier looked quite a bit similar to the ones of today: exposed screws, bold arabic numerals, a rectangular bezel with soft, rounded edges. Though the modern ones have usually had a few changes made here and there.

Perhaps more than any other recent model, the new Santos-Dumont stays true to the design language of the original. Only, it’s been given more generous dimensions. At 46.6mm x 33.9mm it’s fairly oversized, but not quite large enough to be unwearable. This size actually gives it the flexibility to be worn both on casual and formal occasions. It won’t look out of place with a laid-back safari jacket, while still being dressy enough to be worn with an Italian-style suit.

And that’s just in the looks department. Inside the case, the Santos-Dumont runs the 430 MC calibre—an ultra-thin mechanical movement that has powered some of Cartier’s slim watches. It’s hand-wound, meaning you’ll have to wind it the old-fashioned way. Though the ritual of winding can also be therapeutic and does create it a more personal connection with the owner.

The Santos-Dumont XL comes in 18k pink gold, gold-and-steel, and stainless steel. The stainless steel version, in particular, is an exceptional looking piece with its navy alligator leather strap playing off of the blue synthetic spinel gem on the crown.

Overall, the Santos-Dumont XL makes a good candidate for a daily watch. It’s got the looks, the versatility, and the history to back it up. Something to keep in mind, especially if you’re looking to keep just a few pieces in your collection