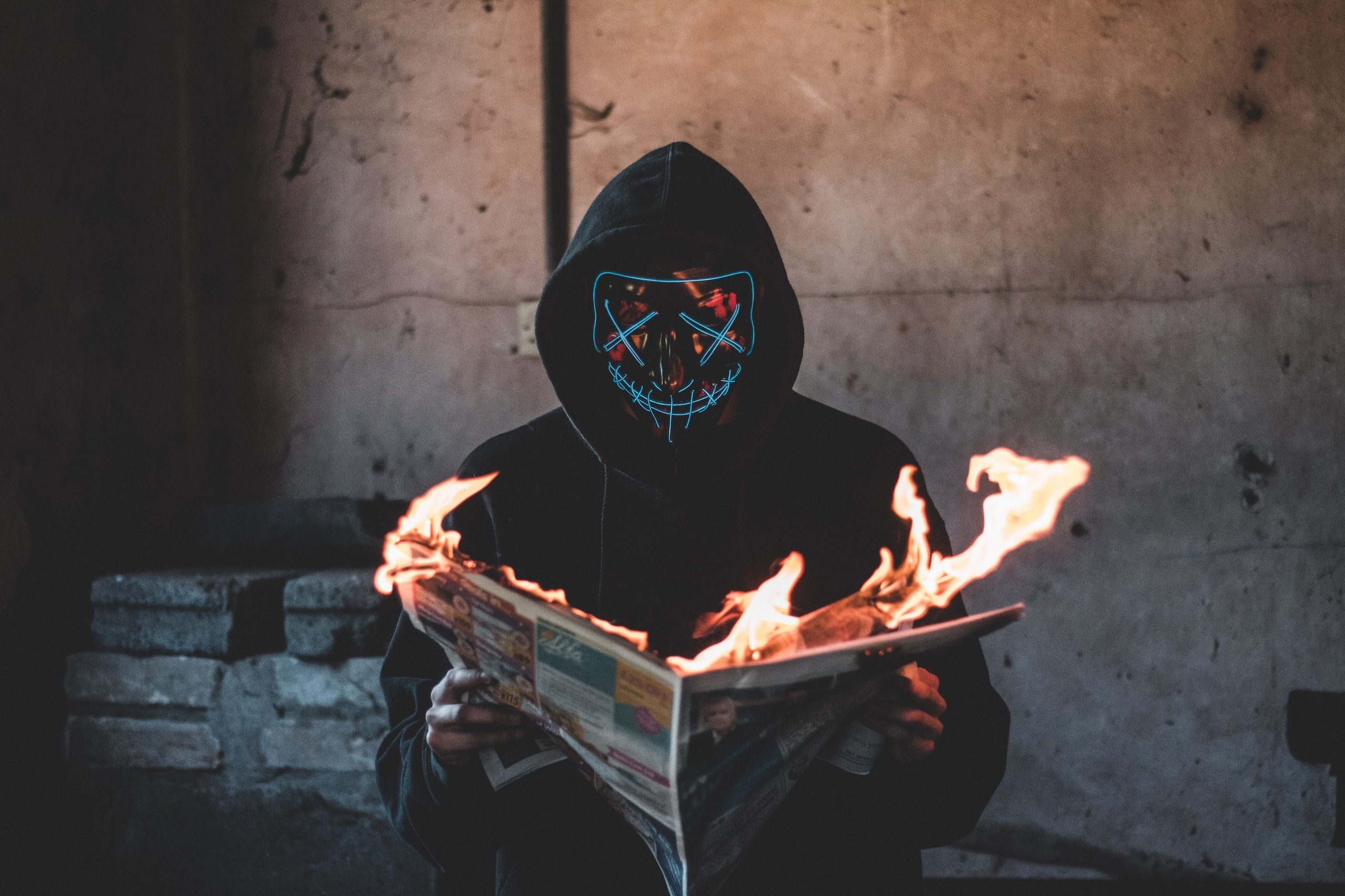 Creators of fake news know exactly who to target, and dealing with them means knowing the “hows” and the “whys.”

Every day we are subjected to a bombardment of information on social media, from the memes and musings of friends to the reports pushed out by news agencies and those that pose as such. As many of us know, not everything found on the internet reflects the truth. There are individuals and organizations that skew reality to suit whichever agenda they are pushing for—be it political or a deflection of misdeeds—and they largely succeed in doing so.

Research suggests that it’s the elder members of society who are the most easily duped by fake news. If we are going by the social media trends in the US, those who are over 65 tend to share articles that barely have any truth to them by nearly seven times compared to people belonging to the 18-29 demographic. In the Philippines, the difference between older and younger fake-news sharers might not be as dramatic, but it’s usually our older family members or acquaintances who end up sharing ambiguous information online.

I, for one, have been an unwilling recipient of fake news, with certain older folks on my friends list often sharing bits like propagandist fluff, the lethality of instant noodles, and the permanent deletion of one’s Facebook account if the warning message isn’t shared on one’s Timeline, among others. Similar to the motives of an African prince who intends to pass his riches to complete strangers via email, the question is why.

A predisposition to believe any news report

People belonging to various age brackets are wired a certain way. Growing up with technology, younger people are typically more attuned to the goings-on in the digital realm; digital literacy is naturally honed as it’s part of not just their school curriculum, but also their means of communicating with friends and loved ones. Older generations, on the other hand, are born into newspapers—where reports go through a stringent fact checking process—and are inclined to trust anything that’s written on those publications and the like.

There’s nothing wrong with trusting newspapers and some magazines, although they do commit errors sometimes. The stringent fact checking practice from before is still being performed to this day by the same outfits as well as large internet-based news companies and reputable cable news agencies. The problem lies in blogs and websites that pose as credible sources of information, which simulate their more trustworthy counterparts from the layout down to the authoritative voice used in reports and opinion columns.

Predisposed to taking in information with a newsy format, some people from previous generations readily believe what they encounter online. The trust is already built-in. As such, they are suckered by fraudulent individuals into riding their respective agendas.

The willingness to listen to the more media-savvy younger generations may be an entirely different matter, but it is one that older people should consider given that youngsters are more inclined to question both online reports and their sources. With their exposure to social media along with the machinations at play on the said platform, they are more likely to ascertain claims and supposed facts through research and by cross-checking information with credible sources.

Experience, as they say, is the best teacher, and in this regard, the young ones have more of it.

Decades worth of life lessons lead to an unyielding belief system that can elevate one past adversity on most occasions. However, if that adversity comes in the form of being misdirected by fake news and losing friends for it, the challenge becomes quite the uphill battle for older individuals. It is not so easy to unlearn both the act of readily taking in information and trusting the judgment of those who have far fewer years of existence here on Earth.

Some are too caught up with their opinions and life experience as a whole, trading discernment for a fistful of pride and a rather confounding narrative. This bodes well for those who generate fake news, with them appealing to the sensibilities of the older generations.

Having inflexible beliefs isn’t exclusive to older generations, however, as younger ones also tend to spout and share an abundance of falsehoods online. Write-ups that echo their sentiments on politics and the agendas they identify with are passed on like gospel without stepping back for a moment to ponder on the supposed facts and assertions found in the text. As a result, the drama peddled by these propagandist pieces end up limiting the mindsets of their recipients to not see past color and creed. Personalities and movements are lionized with barely any space to question or discern what’s right and just when, in fact, individual acts and motives can be separated from figures, from the most righteous ones even.

After all, it feels good to be part of something bigger, and sharing stories online that go in congruence with the ideals of a particular movement, especially political ones, gives off the idea that one is doing their part for the cause. However, glossing over unsavory details to add credence to an appealing narrative can muddle up facts, grossly misrepresenting the subjects of those narratives.

We can all learn to be open-minded at a time when dividing and conquering people is the prevailing trend in most societies.

Memory gradually fades with age. Should once-vivid recollections lose much of their luster, what do we remember? People tend to gravitate toward the extremes based on their beliefs, say, the supremely positive and the overwhelmingly negative, leaving out some of the details that make up an accurate representation.

For instance, a popular personality is best known for having otherworldly charisma and a lexicon that reflects that of the masses. Those character descriptions will have been inscribed in one’s mind as if underscored by a permanent marker, seemingly untouched by the effects of aging. Meanwhile, lesser-known deeds such as crimes and other devious acts that were almost swept under the rug tend to be forgotten.

So, in working with memory that only recognizes impressions of scale and personal biases, any news that is reflective of the mind’s suggestions is likely to be shared online regardless if it’s fake or not. Combine that with inflexible beliefs and the predisposition to believe anything presented as news, and you’ve got the recipe for fake news success.

There are sites and online accounts that churn out reports that simulate reality like The Onion. Rather than being completely factual, they intend to satirize or poke fun at personalities and real-life scenarios. These satire websites don’t always intend to mislead as they appeal to discerning readers who simply want a good laugh.

Upon encountering content from satire websites, older individuals who are not media-savvy might mistake these outrageous reports for reality. A lot of Filipinos, especially those who don’t spend a lot of time consuming socially relevant content, aren’t accustomed to this type of humor, so satire can get passed around with the wrong context in mind.

It’s a lot harder to distinguish fake news than fraudulent email messages as the latter often comes from strangers and is riddled with atrocious grammar given that senders don’t have writers nor proofreaders. And if the messages do come from non-strangers, the manner in which the senders communicate is totally out of character.  Fake news, on the other hand, requires more reading into but isn’t all that tough to figure out.

The first thing one should look at is the source. Did the story come from a credible organization? Is the site that published the story dedicated to informing the public facts on personalities and events in an impartial manner or does it readily show its political or social leanings? Does the site have an “About Us” page and if so, does it state the company’s mission and vision? Some sources of fake news tend to indicate platitudes in their mission and vision statements but don’t exactly adhere to them. Or worse, they attempt to skew their aims toward their causes with unjustified claims.

Satire websites, on the other hand, indicate on their About Us page that the content is dedicated to satire and is also tagged as such by Google should one search for them.

The next thing to focus on is the author: A little background check should do one good as some writers could be paid hacks by outfits and personalities that hold power or individuals who intend to get into the good graces of someone who holds influence. If the author in question is someone who consistently puts out content with unbiased reporting or opinion pieces with credible facts and figures that support the stated claims, then they are worth one’s time and attention.

Speaking of claims, fact-checking is invaluable when trying to discern if an article is a work of fiction. Readers can cross-check information with credible sources like the online accounts of non-propagandist news agencies, respected organizations and publications, and the research posted by experts, scientists, analysts, doctors/medical researchers, local government agencies, and the like. Consulting experts regarding confounding reports can also help.

Remember, the peddlers of fake news attempt to discredit these sources not with facts or science, but with narratives that appeal to one’s emotions as well as ambiguous data. They know that a lot of readers don’t really check for facts, so the best way to counter this is through a bit of research. It doesn’t really take long to Google the truth of most matters anyway as there are lots of credible sources online.

As the cartoon GI Joe pointed out, knowledge is half the battle: The other half is dedicated to confirming if that knowledge actually checks out in regard to dealing with fake news. Age is never an issue when your goal is to be well-informed. And sometimes all it takes to make a difference in today’s society is to share the facts. Pure unadulterated facts.

You can now stop replying to that African prince.