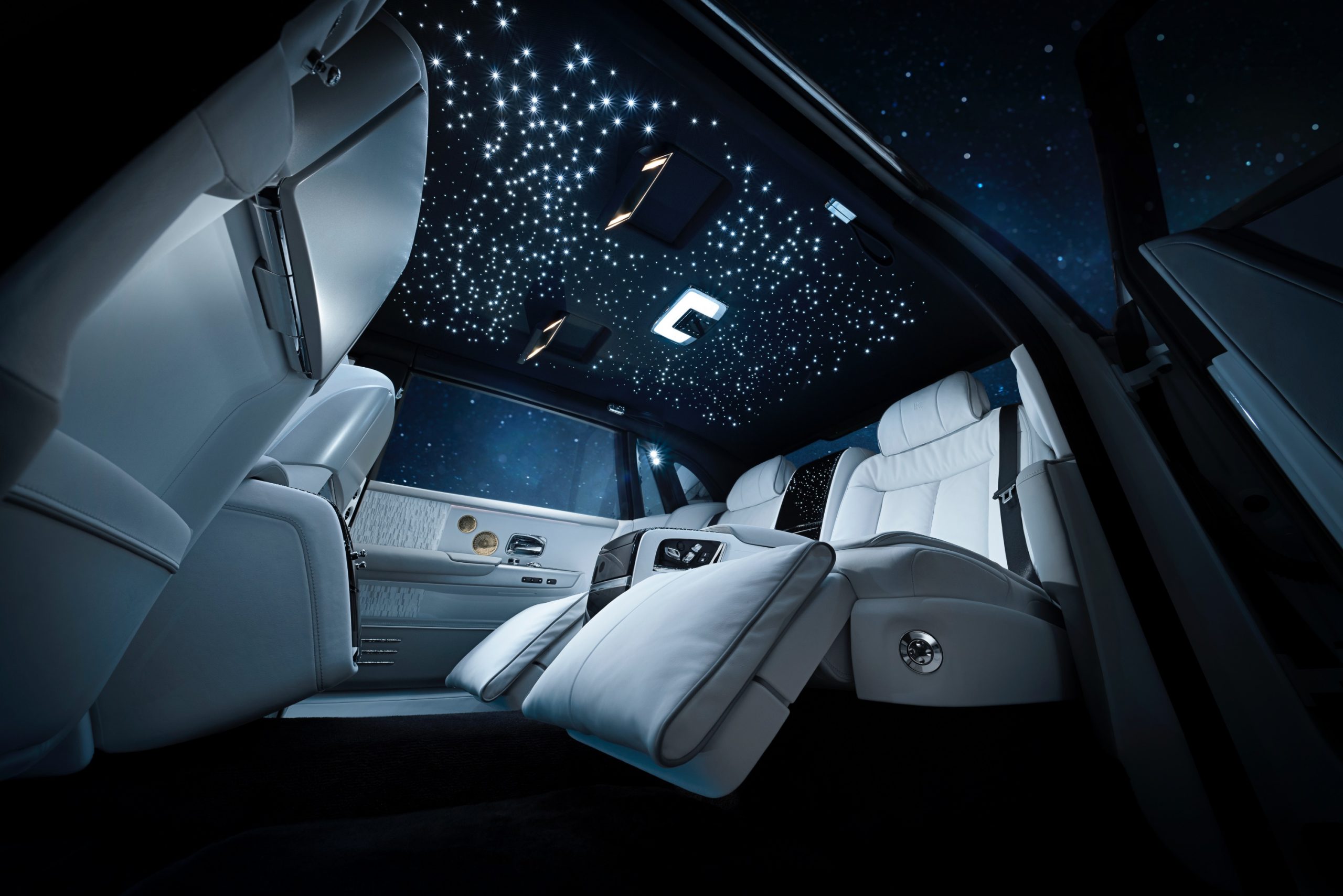 Sure, it’s the stuff of daydreams for most people, but the luxury motoring house has shown that it can take these fantasies and bring them to the road, with killer interiors and a paint job to match.

While the boutiques of Savile Row and the sartorias of Naples are home to bespoke clothing, it’s in Rolls-Royce’s headquarters in Goodwood where you get to see some of the finest examples of bespoke cars. And in the same way that tailoring is experiencing a kind of renaissance—with more ateliers operating across Asia and more tailors traveling to visit the region—bespoke automobiles are likewise receiving a surge in interest.

Just last year, Rolls-Royce created more bespoke vehicles than it ever had in its history. And considering that it’s been around for 116 years, that’s quite a remarkable claim. It also rolled out quite a few limited edition collections, which are custom vehicles built around a theme.

“I am proud to say that the craftsmen and women of Rolls-Royce Motor Cars have surpassed themselves once again in creating an array of extraordinary motor cars, tailored to the requirements of some of the most influential and discerning individuals in the world,”Torsten Müller-Ötvös, Chief Executive, Rolls-Royce Motor Cars, says. “These motor cars become unique works of art, created on just one production line at the Home of Rolls-Royce in Goodwood, West Sussex.”

Bespoke is on the rise, and bespoke is what Rolls-Royce is about. Take a look at some of the best commissions and limited edition collections that came out of Goodwood in the last year.

Introduced in 2015, the Dawn is Rolls-Royce’s modern take on the convertible. It’s reminiscent of the brand’s popular Wraith coupe, though most of the body panels are built differently.  Naturally, the 4-seater convertible lends itself well to the seaside, and a client from Yokohama commissioned a maritime-themed version of it.

The one-off model takes inspiration from yachts and speedboats, using open-pore teak panels with technical fibre. The color of the exteriors and the leather of the interiors were chosen to evoke the blue seas and the white sails of Yokohama Bay.

In 1919, aviators Captain John Alcock and Lieutenant Arthur Brown flew a Vickers Vimy bomber plane from World War I and made the first aerial trans-Atlantic crossing. The handbuilt Wraith Eagle VIII draws its inspiration from that historic feat, designed with gunmetal and a Selby Grey upper two-tone, with the colors separated by a brass feature line. The wheels are partly polished with a translucent shadow finish, and the black grille vanes are reminiscent of the Rolls-Royce Eagle VIII engine cowling on the plane that Alcock and Brown used for their journey.

Inside, the Wraith Eagle VIII is decked in Selby Grey and black leather, accented by brass—a callback to the brass sextant that the two pioneers used to navigate the skies. The dashboard is inspired by the nighttime view from the aircraft, and the headliner has 1,183 starlight fibers that recreate the evening sky during the journey in 1919. The clock on the dash, meanwhile, has an iced background effect, an homage to the fact that the instrumentation panel on the Vickers Vimy bomber had frozen in flight due to the high altitude.

The Phantom sits at the top of the Rolls-Royce food chain—the jewel in the crown, as it were—and the options for customizing it are as vast as you can get. When a Stockholm-based entrepreneur who was seriously into flowers wanted a Phantom, Rolls-Royce answered with a car that took one million embroidered stitches to make—and that’s on top of everything else that comes with the handbuilt luxury saloon.

Dubbed the “Rose Phantom,” the car has a peacock blue exterior, with an intertwining coachline that looks like the stem of a rose. Inside, the starlight headliner illuminates a floral scene, with roses and butterflies adorning the whole interior. The centerpiece is decked out in embroidered roses climbing through the glass-fronted fascia.

Watches and cars occupy a shared space in the luxury world, both being mechanical forms of art that draw their popularity from more than a hundred years of history. This particular Phantom, though, takes that association to heart and actually fuses the two in one creation.

The car traces its roots from a meeting of a Rolls-Royce Motor Cars designer and master horologists from La Chaux-de-Fonds in Switzerland, who were discussing the movements of luxury timepieces. What came out of it was the Horology Phantom—a saloon with a gunmetal and black two-tone exterior and a gold-and-silver hand-painted twin coachline with a watch-inspired design. The Spirit of Ecstasy (the winged icon on the front) is draped in 24-carat gold.

Inside is the largest stainless-steel-and-gold inlay ever made for a Phantom. Placed below a multi-layered stainless steel Gallery, the inlay displaays an abstract schematic of a watch movement. Of course, it wouldn’t be complete without an actual timepiece, so the Phantom comes equipped with a Rolls-Royce clock in the gallery, set inside a solid silver guilloché case.

The Arabian Gulf Phantom draws its inspiration from the colors and history  of pearl diving in the Middle East. The Turchese exterior hue is meant to evoke the color of the local waters, while the Andalusian White upper two-tone represents the pearls, and draws you into the story.

Inside, a sculpted silk appliqué adorns the gallery, a piece made by British Artist Helen Amy Murray. Made to recreate the swelling oceans, the gallery also displays a mother of pearl clock.

A nautilus shell is embroidered on the rear doors, and the riders in the rear can enjoy a picnic table with complex marquetry, also decked in mother of pearl.