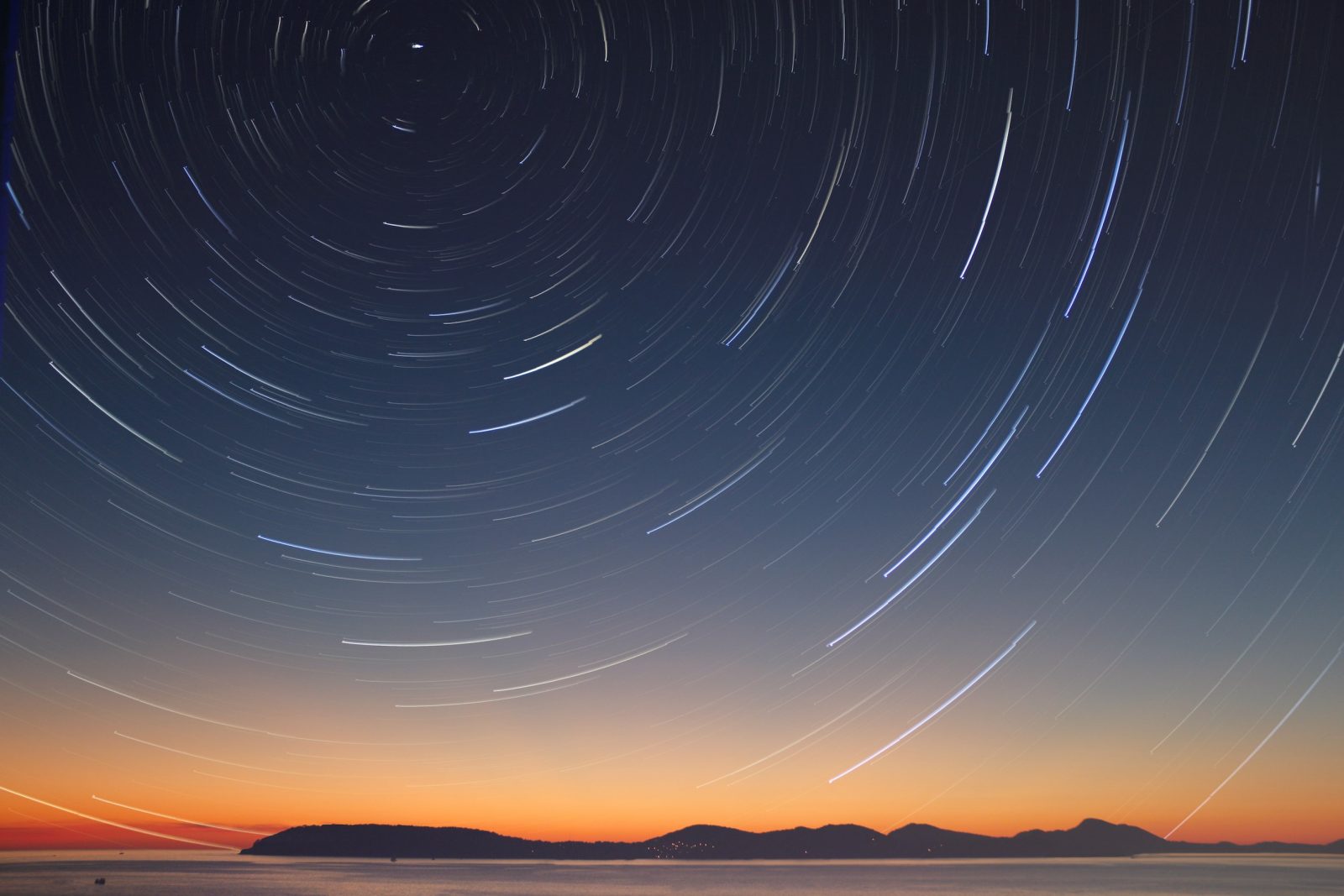 Jaeger-LeCoultre: the idea of understated elegance

Being a science communicator means getting to the bottom of mysteries and misconceptions, and emerging from the depths with a kickass narrative.

Not a day goes by without this thought: what would my life would be like if I hadn’t chosen to be a science communicator?

Yet here I am, still at it. Barring any accidents, sudden death, or brainwashing by the Flat Earth Society, that’s probably not going to change anytime soon.

I could stop right here and save you five to ten minutes, tops. I can’t promise that there’ll be some magical, cathartic moment waiting for you—or me—at the end of this. I’ll do my best, though, to keep this interesting.

We’re all familiar with the saying (often misattributed to Einstein) that insanity is doing the same thing over and over, but expecting different results. In my case, I may as well be teetering between madness and masochism.

I have a habit of checking in on my high school classmates or college batchmates every now and then, just to see how they’re doing. This has proven to be a good idea exactly zero times. I’d see photos of faraway vacations, expensive watches, and brand new cars. (You should probably disregard that last one, though; my sampling method doesn’t account for pyramid scams.)

After approximately half an hour of this gluttony for punishment, the self-hatred starts to kick in. I don’t think I’m the only person out there who has been conditioned by society to establish success metrics that are tied, in some way or another, to corporate advancement and capitalist gain. And as a freelance writer, well… suffice to say I don’t exactly make that much, nor do I get any free watches or Christmas hams.

As I inevitably sigh, lean back in my monobloc chair, and think about my seemingly nonexistent career progression, my eyes dart to the whiteboard right above my work table—actually, it’s more off-white-with-frantic-black-scribbles right now, but I digress—and the dozens of pending stories I have to work on for my science website. Unsung science heroes, longstanding misconceptions that need some serious debunking, and small but significant science stories that slip through the cracks: articles I want to write, all in the service of a shared vision.

When I co-founded FlipScience with my partner a little over two years ago, we had a clear goal: We wanted to establish a credible news and features portal for Filipino readers, with original content promoting science–without resorting to tired “Look at this homemade science volcano of SCIENCE, young kids!” triteness. At the time, it sure looked like we were the first (and only) ones interested in doing that. (We also have a Facebook page that shares science articles and daily trivia that you might want to check out.)

The problem with being first, though, is that you have your work cut out for you. And in our case, our only option was to bootstrap FlipScience–meaning we had to build it from the ground up, with no outside financial support.

It’s not surprising, really. Science communication in the Philippines isn’t dead, but profitability-wise, it sure as shit doesn’t hold a candle to delivering hot takes about politics to satisfy your echo chamber, or writing “news” about yet another pointless celebrity family squabble that no one with their priorities straight should even care about.

Once, I received an email inviting me to speak at an event. In my reply, I said I was interested, and that I just had a couple of questions. I wrote my questions and sent my reply. A day later, they contacted me and said that they already had a different speaker lined up, and that they were terribly sorry for the confusion. As I was reading that email, I probably looked very perplexed.

Later on, after a bit of sleuthing, I found out why they decided to go with someone else. In the reply I sent them, I asked about—not even for—payment. I thought that was a fair question; without going into the whole “creatives deserve to be paid” discussion, I simply wanted to know if there’d be something to cover even just my transportation expenses. Apparently, they were expecting a lecturer who would do it for free.

As I sat there absorbing what I’d just found out, I cycled through shock, sadness, and understanding, all within seconds. Don’t get me wrong: I didn’t resent them, not a single bit. Years and years of dealing with difficult situations and people have fine-tuned my ability to step into someone else’s shoes and react with empathy.

I can’t deny, though, that the experience only served to further nourish the seeds of doubt and disillusionment that had been growing inside me for quite some time.

The way I do things demands that I tread the line between full-fledged journalist and hobby blogger. Due to the nature of the subject matter, I not only have to triple-check my facts, but also develop even just a rudimentary understanding of the science concepts I tackle. This can sometimes be quite difficult, considering my lack of a science background.

And if there’s one thing, one measly, minor, miniscule thing, about myself that I take pride in, it’s that I fact-check things extensively. I never share news articles if I haven’t skimmed through every single resource cited in them first. As much as possible, I avoid sharing content with problematic or misleading language. And every single piece of trivia published on the FlipScience page goes through an extensive vetting and research process that sometimes takes hours. Also, my personal rule is to never write about things I can’t explain in my own words. (I’m certainly not the best writer out there, not by a long shot, but I’d like to think that for that, at least, I deserve some credit.)

Now, imagine doing all of that every single day—hours of research, writing, and verification—with no compensation whatsoever. And getting started on all of that as soon as I wake up, even before the first few sips of my morning coffee have kicked in, so that I’ll have enough time to juggle my other non-science freelance jobs (because I happen to like eating, having electricity and a roof above my head, and just being, you know, alive in general).

Daily content creation, stringent standards, and the likelihood that people will get mad at you for getting even the smallest details wrong. With no pay. Journalist, blogger.

I know, I know. No one asked me to do this. Neither was I bitten by a radioactive textbook to become the Amazing Science-Man, spinner of science yarns. I have no delusions of being some sort of pedagogic paragon or anti-misinformation messiah. In fact, I’m well aware of the fact that if I were to die tomorrow, my absence would barely be felt.

When I’m gone, the world will keep spinning, anti-vaxxers—oh, I’m sorry, I meant the “vaccine risk aware”— will continue to live in denial, and all the other talented and competent science communicators of this age can just as easily fill whatever small void I’ll leave behind.

There are days when I can barely string words together to form a coherent sentence, much less an entire science article. And there are days—few and far between, but definitely real—when the stress gets to me, and the mere mention of the words “science communication” fills me with the urge to vomit.

And so, in the immortal words of Radiohead: What the hell am I doing here?

Master Class: There’s a beer for everyone

After a bit of self-reflection, the simplest answer I can give… is that I’m here because I give a shit. No, really. That, and because the life of a Filipino science communicator isn’t that bad, all things considered. Quite the opposite, actually.

Being a Filipino science communicator means getting to the bottom of mysteries and misconceptions, and emerging from the depths with a kickass narrative. It means getting past your disappointment when you see unverified articles and disinformation being spread by people who should know better. It means going beyond simply saying “I can do better” to yourself, and actually, actively doing better. And helping others do the same.

In essence, it means telling science stories that matter. Stories that some of the big fish in the small pond of Philippine media won’t care enough to run, because as valuable as said stories are, they wouldn’t get as much engagement as controversial articles about some quacks with very familiar names.

Often, it means forging ties with brilliant scientists and artists who share the same dream of a bright future for the Philippines. It means witnessing truly breathtaking moments in Filipino science history.

Sometimes, it means receiving messages from students who were inspired to take up STEM courses or write about science because of your work, or teachers thanking you for providing quality material that they actually use when they teach science in school.

Sometimes, it means being personally congratulated by the head of the country’s science department for writing an article that gets to the bottom of who really invented the fluorescent lamp.

Sometimes, it means unexpected team-ups with government agencies to deliver sick burns when “crazy” situations call for them.

On extremely rare occasions, it means being mentioned in a senator’s speech — a very small contribution, but a contribution nonetheless, to the country’s slow but steady march towards a tomorrow that’s even just slightly better than today.

Whether it’s because my electric bill is almost due, or because the people I knew from college are now earning way more than me, or because the jerk who used to steal my lunch in high school is now lamenting the absolute state of this country all the way from his comfy couch in Canada, I guess I’ll have to live with the fact that I’ll always have these gripes.

Now, if you’ll excuse me, I have to write tomorrow’s trivia.

Jaeger-LeCoultre: the idea of understated elegance