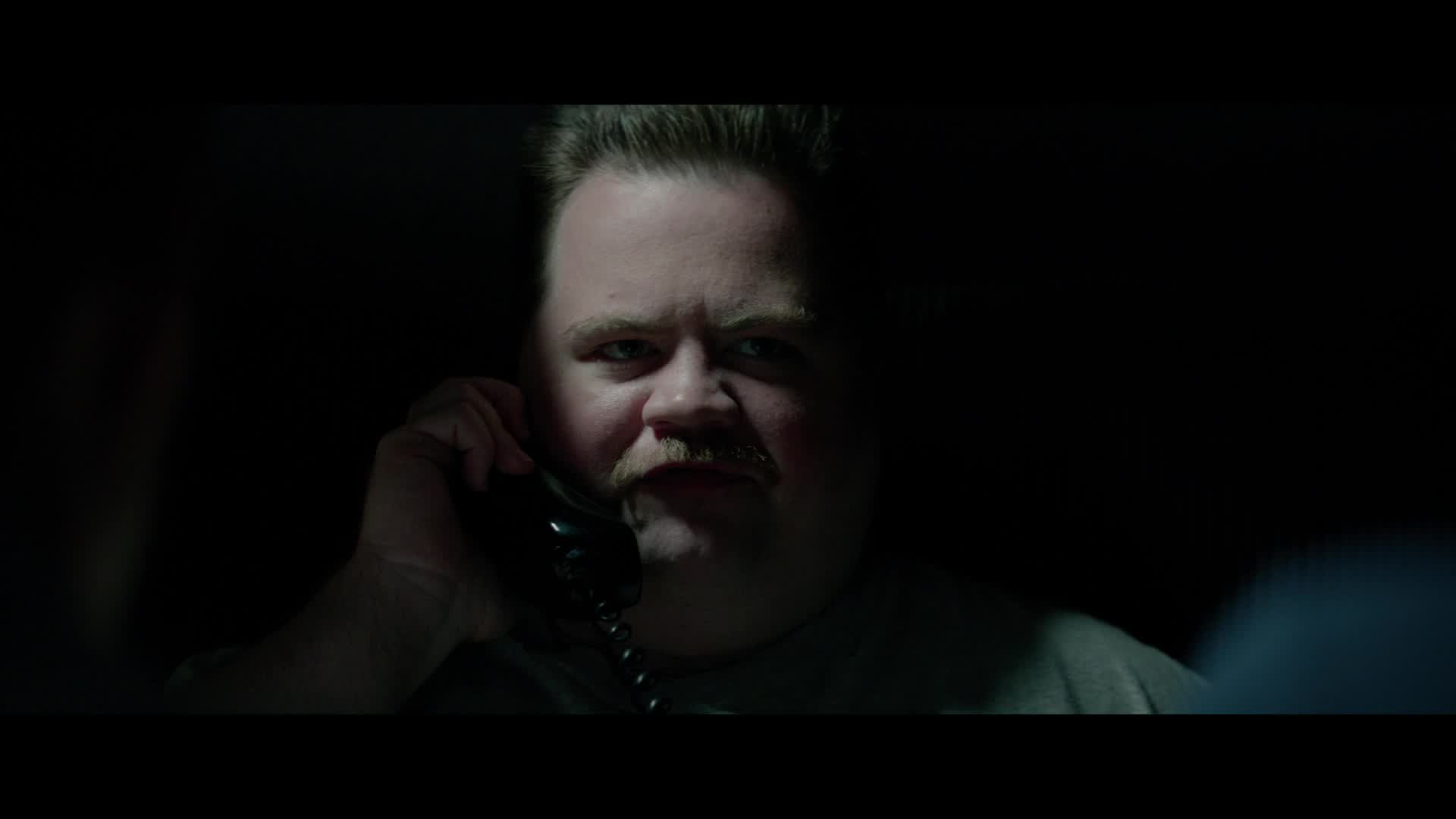 The pipe bomb is one of those DIY explosive kits that’s easy to use but hard as hell to assemble.

While you can put most anything inside the container as explosive filler—like gunpowder, match heads, or chlorate—the ease of acquiring the chemical components is disproportionate to the risk of assembling and then transporting it.

Falling under the umbrella of the IED (Improvised Explosive Device), the pipe bomb is as homemade garden variety as you can get for startup terrorists and militia. It’s just a section of steel water pipe sealed at both ends and filled with explosive material, garnished liberally with nails, broken glass, or even thumb tacks as shrapnel. And even the fragmentation of the steel pipe joins the destruction.

Plenty of noob, would-be bomb makers have found out that the friction and static electricity generated when packing the materials inside easily agitate the chemicals, making them volatile. And before you can even seal the pipe: boom. A few less fingers if you’re lucky. Nose, eyes, and ears, if you’re not.

In Clint Eastwood’s biopic about the ordeal of a security guard and wannabe police officer involved in the Atlanta Olympics bombing of 1996, the three pipe bombs inside a backpack do go off but explode upwards (through a quirk of circumstance), mitigating the casualties that would otherwise have been at least double.

But it’s just a loud foreshadowing, since it’s in the aftermath of the event that the real social witch hunt takes place. A series of detonations that shreds the life and reputation of the guy who found the bomb.

“All you’re guilty of right now is looking like the kind of guy who might set off a bomb,” exclaimed Watson Bryant, the lawyer of the titular character, played by Sam Rockwell in his wheelhouse of gregarious, verbose, and honorably quirky characters that he’s come to be known for and somewhat typecast as.

It’s true. The movie is one long indictment about the hazards of profiling someone—anyone—when the shoe seems to fit but sans the evidence that they need to actually tie you to said shoe.

Our protagonist, played by Paul Walter Hauser, has come a long way from portraying dim-witted, easily influenced, and sometimes downright dumb redneck-type characters: from a loyal retainer in the underrated MMA drama series Kingdom; the bodyguard in I, Tonya; and the foul-mouthed white supremacist in BlacKKKlansman.

Under the deft direction of Eastwood, Hauser has imbued Jewell with not just nuance and pathos, but takes him through that range of extreme emotions as an American everyman in an extraordinary situation, facing down the twin giants of the Federal system and the media circus.

The movie opens with Jewell as a mail room clerk in the offices of Watson Bryant, the guy who will later become his legal counsel. We discover his admiration for law enforcement and his yearning to wear a badge and protect, as he’s playing a shooting game at the local arcade.

“A little power changes people,” Watson warns him when Jewell later amicably resigns and charges him to not become one of those assholes with a badge and a perennial grudge.

In a few more scenes afterwards he’s being fired from his campus security job at a local college. Not only has he been aggressively harassing pot-smoking undergrads, he’s been flagging down vehicles on the highway close to the school and conducting random spot checks.

He commiserates with his pal at the gun range, and we find out he’s an ace shot. All this portraying Richard’s frustration and continued longing to be taken seriously and embraced by the law enforcement community he so admires and respects, yet obviously too foolish and too eccentric for. His trying-hard nonchalance to flaunt how “I’m law enforcement, too!” to anyone who’ll listen is taken like a joke, making him look like an overweight chump.

When his hero moment comes at the bombing of the Centennial Olympic Park, the threads of the other characters also coalesce together in that Eastwood way of almost being organic, like the hand of destiny should be an obvious thing in these here parts.

For one thing, it’s a deft storytelling trick to establish the easy acquaintance and mutual parasitism between Atlanta Journal-Constitution journalist Kathy Scruggs (Olivia Wilde) and FBI Agent Tom Shaw (John Hamm), who were both present at the concert on the same grounds held in tribute to the Olympics proceedings. Both would later play big roles in Jewell’s life: Scruggs as the sleazy reporter who would leak the scoop about how Jewell was the subject of the FBI’s investigation, and Shaw as an unscrupulous bureaucratic minion bent on proving a profile no matter how far-fetched.

Eastwood doesn’t spare us any of the social and mental pressure that Jewell, his mother, and his legal team face as the investigation system and the attendant media bear down on him when it’s leaked that he fits the profile of the “bomber who wants to be the hero.” A guy who would voluntarily create chaos he could later solve and thus be hailed as savior: overweight and alone, lives with mother, has grandiose yet frustrated dreams, plus knowledge of munitions and firearms.

To add to the problems of mounting a significant defense, Richard himself seems oblivious or dazed most of the time. In one scene, Watson asks him to lay out whatever guns he owns on his bed so that there are no surprises for the FBI confiscation team. When several handguns, three rifles, and a shitload of ammo are splayed on the bed, it almost makes Watson shit his pants. “What were you preparing for, a zombie invasion?” Watson slaps his own face at the obtuseness of his do-gooder client.

It’s a sustained and injurious process that, like real bomb splash damage, affects those around Richard. Especially his mother, Bobbie Jewell, played with delicate timing and thespian elucidation by Kathy Bates (who recently earned a Golden Globes nomination for her role). It’s quite draining to watch.

One scene depicts Richard waking up from a nightmare where he relives the explosion, but this time he’s thrown himself on top of the bomb before it goes off, trying to protect the crowd.

It’s that kind of movie, filled with powerful scenes that are organically set up, old school filmmaking exposition style. Nothing here is unearned, all the dots are connected, and there is never condescension to the audience.

The acting trinity of Hauser, Rockwell, and Bates props each other up and serve to propel the emotional ballast of this movie forward in shades of suffering: Jewell in well-mannered nice guy grace; Watson in lawyerly sarcasm and outraged pomp; Bobbie Jewell in anguished pain and tears, shuffling around her house almost empty of personal things (even her Tupperware, which the FBI took).

The big “except” here is in how Kathy Scruggs, Olivia Wilde’s character, was portrayed as a sex-offering, scoop-praying, swaggering blonde braggart who would cross any boundary for a story that would advance her career—why not hanging the reputation of the security guard who found the bag sans secondary verification or corroborating sources simply because she got tipped off by her FBI insider? Yeah, easy.

Scruggs was one of the two print reporters for the Atlanta Journal-Constitution who broke the story of Jewell being the FBI’s prime suspect and later on set off the media circus that made Jewell go from hero to reviled heel in a matter of days.

The backlash from the AJC came in the form of an admonishment that insisted the movie declare such portrayal of flagrantly unethical behavior as fiction, demanding Eastwood and Warner Brothers issue a disclaimer acknowledging the use of dramatic license.

Wilde herself has been defensive of the movie, saying in a magazine interview that “[Scruggs] was famous to getting to crime scenes before the police. She was also a woman working in the news in 1996; yeah, she had relationships with people she worked with. That’s pretty common in any industry. I don’t see the same thing happening to Jon Hamm’s character, who arguably does the exact same thing.”

While it’s certainly an interesting filmmaking choice to use a real reporter as a focal point for the blame of how Jewell’s reputation was mauled, it would have been recommended to simply use a composite of people funneled into one character. After all, it’s in extremely poor taste and ethics to malign somebody’s image in a movie about repairing reputations, especially since Scruggs is no longer alive to defend herself, having passed away in 2001 due to a prescription drug overdose. So yeah, that was a foul, Mr. Eastwood.

The real Jewell was exonerated after 12 weeks of intense media and FBI scrutiny and two years later the real bomber confessed.

Eric Rudolph was responsible for the Centennial Park explosion, one of the few American bombers who would later be convicted for anti-abortion and anti-gay-motivated bombings across the southern US, also one of the few noob terrorists in history who used the volatile pipe bomb as weapon of choice for political statement. A pretty short list that includes the Columbine Massacre shooters.

Jewell later died in 2007 at 44. He had become a police officer a few years prior.