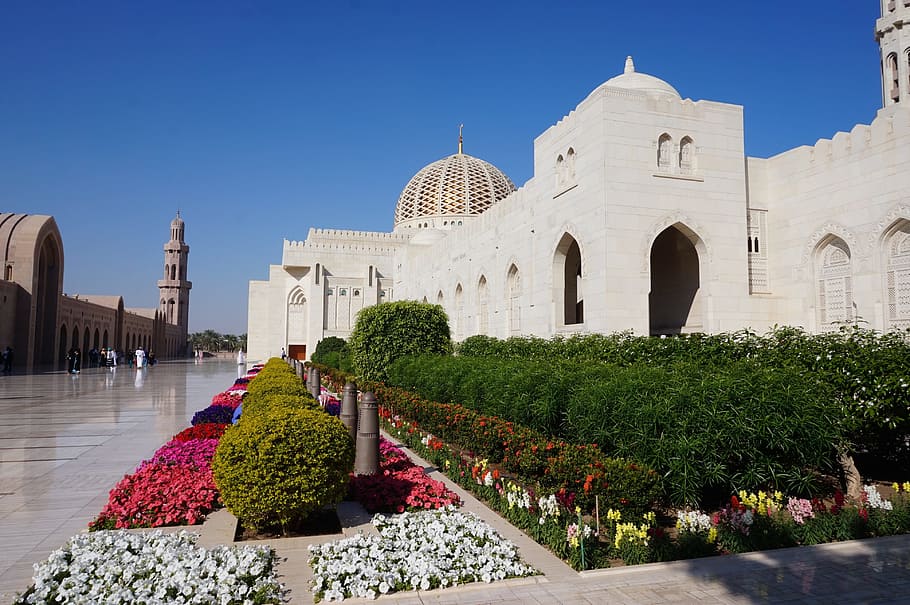 This is my story. And if you’re among the many overseas Filipino worker families, it may be your story too.

It has been said that to have two homes is to have two souls. But what if you never feel at home anywhere? What then?

I grew up in the desert. In a faraway sultanate in the Middle East called Oman, I made my home. But I also grew up in the city. In the perennially-busy housing projects of Taguig, Metro Manila, I also made a home. I spent my childhood shuffling between both places.

In Oman, where I was different, I learned to love my country and be proud of my Filipino roots. In the Philippines, where I am with my own countrymen, I learned to appreciate diversity and to embrace the beauty of the different cultures of the world.

I was born in Southeast Asia, yet I spent most of my formative years in Arabia. I am a little Filipino and I am a little Omani. This is my story. And if you’re among the many overseas Filipino worker (OFW) families, it may be your story too.

I was born in 1979, the third of what would be four kids. My family lived in one of the uniformed buildings of Bagong Lipunan Condominium in Taguig, one of the government housing projects situated right beside the old Tenement building—another housing project from years past.

It was here that I forged my first memories and took my first steps. The murmur of my old neighborhood filled my ears each day as I played the games of the streets–patintero, agawan-base, luksung-baka–with cousins and next-door neighbors. In the mornings, I’d wake up to the call of peddlers selling sweetened bean curd pudding. In the afternoons, I could hear the grown-ups as they chattered away or sang their songs outside. The smell of my mom’s pancit molo would waft through the air as I watched Voltes-V, He-Man, Transformers, or Teenage Mutant Ninja Turtles in the living room. At night, there’d be the call of night peddlers selling local delicacies, telling us it was time for one last snack before going to bed. Amid the constant sound of people’s whispers, yelps, merriment, and sporadic fights, there was the intermittent purr of rusty engines as tricycles buzzed by the roadside. This was the soundtrack of my youth.

As a kid, I spend most of my time sitting on the steps, chewing gum. My closest friend was a pretty little girl who lived upstairs from us. She looked like Little Orphan Annie with fair skin and curly reddish hair. I thought of her as my first “girlfriend”. When we came back home from our first trip to Oman, the first thing I did was knock on her door so I could give her the corsage the flight attendant had given me. On those steps, we’d talked about how we wanted to be cowboys when we grew up.

What I remember most about BLC was the excitement that filled my mornings. The days would come and go, and I didn’t have a care in the world but to discover what adventures lay ahead of me. The nights frightened me as the mango tree that loomed over our unit’s window cast creepy shadows. They danced in our bedroom wall while it rained. I remember how I looked past the storm clouds and wondered what the new day would bring. It was there in BLC where I learned to walk. And it was there, partly, where I turned into the person I am today.

When I was about three and a half years old, I left the country for the first time. I was with my mom and my siblings. I didn’t even have a concept of countries when we boarded the plane, but I remember the sheer excitement brought about by the prospect of seeing my dad.

At that point, I had but little recollection of him. He first left for work in the Middle East when I was just two months old, and we only saw him whenever he came home for vacations.

My family’s story is just one among a million other migratory Filipino families constantly searching for greener pastures.

What can I say about sunny, sandy Oman? The sand dunes were my playground and the heat of the sun was my ever-present backdrop. The days were scorching and the nights were chilly. Everywhere I looked, there were rock-solid mountains uncomfortably juxtaposed against residential buildings and other infrastructure.

At one point, we lived right across what was once the country’s biggest mosque, Zawawi. We had actually moved into our place while it was still a vacant lot, and we witnessed firsthand how it was built. My afternoons were spent munching on Pofak (the local version of Chiz Curls) while watching Pink Panther, Deputy Dawg, Heckle & Jeckle, or Tom & Jerry on TV. At night, we gathered around the tube to watch Perfect Strangers or Oman TV News—where we would eventually watch the EDSA Revolution unfold.

All was quiet in Oman. It was serene. There wasn’t any chatter coming from neighbors. The only thing you heard outside was the Adhan, the Islamic Call to Prayer, early in the morning, in the afternoon, and in the evening. On the radio, I’d hear strange chord progressions being played on the oud, an Arabian lute. They petrified me as a child but fascinated me as a teen. The solitary stations on TV and radio were all I heard in Muscat, Oman.

On weekends, just as in the Philippines, the Filipino community would organize basketball tournaments where families would convene. Other foreigners would often join in. There would be stalls where folks would sell Pinoy food and showbiz magazines from home. I had the impression that Filipinos from all over the world did this.

I played hide-and-seek, Simon Says, and dodgeball with a hodgepodge mix of kids from all over the world. We were Asian, European, American, Middle-Eastern, and African. It didn’t matter to us that we didn’t look anything at all alike. To us, the universe brought us together so we could form the bonds of friendship. Some lasted, others didn’t. A few were so strong that neither the ravages of time nor proximity could diminish the tightness of those bonds.

It was there in Muscat, Oman, not knowing what lay ahead in the horizon, where I learned to dream. It was also there, partly, where I turned into the person I am today.

Because of my upbringing, I always felt like I had spent my childhood in two different worlds, constantly shuffling between them. It was fun and colorful, yet at times, utterly confusing. There were days when I’d wake up not knowing which country I was in, or which set of friends I would call on for the day. Even my dreams were confusing: I’d have folks from Oman in the Philippine setting, and vice-versa. When I finally started grade school, I stayed in Oman through the odd years (grades 1, 3, and 5) and in the Philippines through the even years (grades 2, 4, and 6). It was only when I reached high school that things settled down a bit and I stayed in Oman for four straight years.

During my family’s time in Muscat, we must have lived in eight different places that I can recall. Whenever I’d look back at pictures from albums, I’d wonder how much of my soul was imprinted onto the walls of those villas and apartment units. I’d look at the nearby houses and wonder if, in them, there were other migrant families just like mine, with kids just like me. Each time I went from one home to the other, I’d notice how things would change ever so subtly. It seemed to me as a kid–and even as a teen–that I’d always be something of an outsider.

Whether coming back to Oman or the Philippines, I got the feeling that while I was still part of people’s lives, their worlds managed to go on without me. It was a constant process of integration and reintegration.

As a teen in Oman, I always felt that I was isolated from the rest of the civilization—that the whole world went on while I was stuck on a little patch of sand. It fueled my teenage angst to think that the cultural revolution that was Gen X was passing me by, and all I could do was watch things on MTV. It particularly irked me that I wasn’t there to witness the Filipino band boom of the Nineties and never got to see a show in Club Dredd.

Looking back, I realize how lucky I was to have had the kind of bringing up that I had. Sure, I was pretty sheltered, but it was in a good way. I never experienced the harshness of urban Manila. No heavy traffic. No blackouts. And I didn’t feel the need to check my pockets 24/7.

I’m not Omani, yet I’m not quite as Filipino as others are. I have two places to call my home: one where I was born, and one where I spent most of my formative years. Whether in Oman or the Philippines, in each house there are real people with real stories. Families just like mine, with parents working hard to provide for their children, big brothers dreaming of basketball glory, sisters drawing in their sketchbooks, little boys dreaming of rock stardom, and toddlers learning to walk. It would take me a long time before I could finally reconcile the two worlds where I grew up, and embrace my colorful childhood.

When I was a young man who had all the time in the world, I didn’t feel like I had a place that I could call my own. Though I had two homes, I didn’t realize it. As years passed, wherever I went, I never felt like I belonged. I had friends, yet I didn’t see them. It took me many years to realize the value of the experiences I had and the relationships I had forged.

Now that I’ve settled down, I see that home truly is where you make it. Sometimes, you don’t even realize that home is right in front of you. I only saw this when I found the love of my life—a neighbor from BLC and classmate from grade school. It’s funny how, all those years, we barely spoke to one another, but Fate seemed to bring us together at the right time.

No matter where life takes you, you always end up where you belong. Now, we’re building more memories in the home that we’ve made for ourselves. And who knows? We may even make more homes for us and our little one elsewhere. Straddling two cultures, I learned that home really is wherever you are, as long as the people you love are with you. The world was my backyard and I’m lucky for it. It’s a privilege not many get to experience. And someday, I want my own child to experience the rest of the world as richly as I did.

Now, I understand that wherever I go, home will always be where my wife, my daughter, and my loved ones are. I know that wherever life takes me, I’ll forever be home. So long as they are with me.