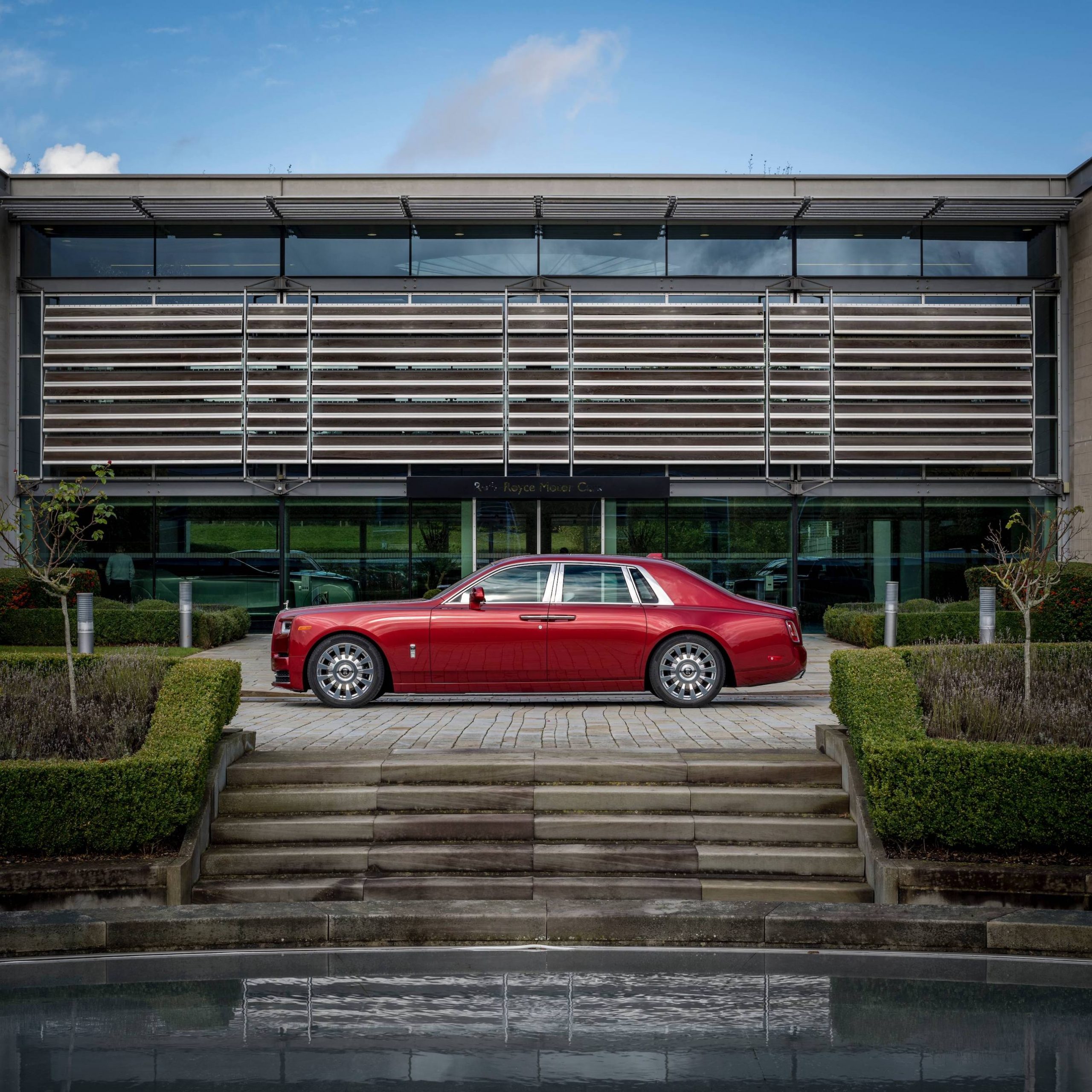 The unique commission is being auctioned online by Sotheby’s.

Seven months ago, Rolls-Royce revealed the sketches of a red Phantom at Sotheby’s Galleries in New York. But this wasn’t just a Phantom with a new paint job. It was commissioned to benefit (RED)—a global charity that’s fighting AIDS, which was founded by Bobby Shriver and U2’s Bono.

Now, the bespoke Phantom has finally been brought out from under the curtains. At a gala in Miami’s One Thousand Museum, Sotheby’s announced the launch of an exclusive online auction, which will run until December 13.

Still, what makes this Phantom special isn’t just the Crystal over Magma Red exterior. The winner of the auction will also get the chance to collaborate with one of the most well-regarded contemporary artists today—Mickalene Thomas.

Thomas is set to design a custom wrap that will go on the Red Phantom’s exterior, giving the owner a personalized design. This will make it one of the most unique Phantoms to ever roll out of the brand’s home in Goodwood, England.

“Every member of our team is deeply inspired by this world-class commission and equally by the importance of the cause that it was created to support – (RED)’s fight to end AIDS. We are proud to partner with Mickalene Thomas, Sotheby’s and RM Sotheby’s to achieve an outstanding result from this auction,” says Martin Fritsches, President and CEO of Rolls-Royce Motor Cars Americas.

All the proceeds, after costs, will go toward (RED)’s continuing battle against AIDS. So you can watch U2’s current tour in peace, knowing that its frontman is doing everything he can in the fight against AIDS.