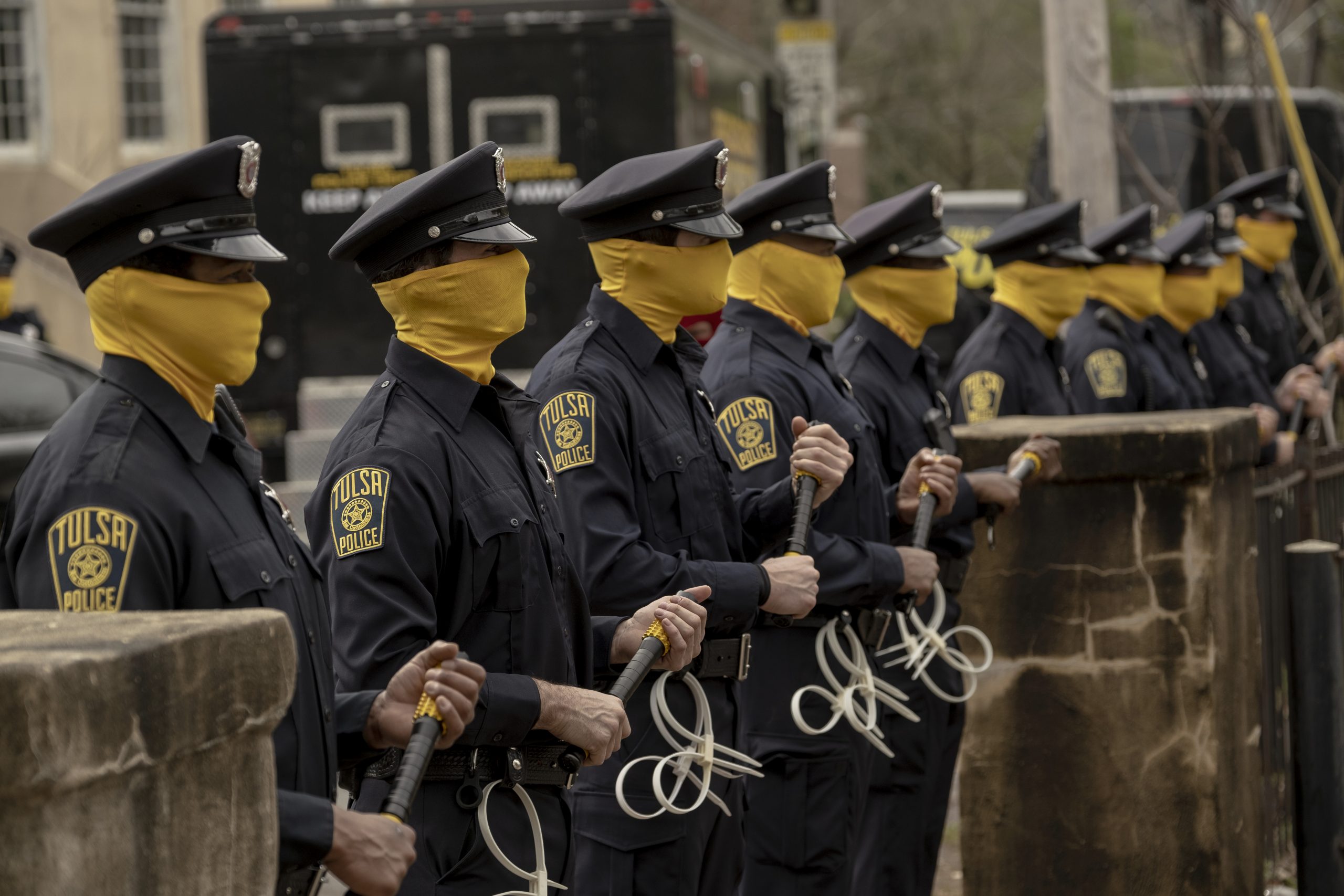 It’s more than thirty years after the events of the graphic novel, and the world still sucks.

“Who watches the watchmen?” I did.

I watched it, and I have so many questions. We’re more than halfway through the first season, and still every detail that comes to us only raises more. Why are squid falling from the sky? Where is Adrian Veidt? Will Dr. Manhattan return to Earth? Who killed whom, and why?

A Sequel We Didn’t Ask For

For those who need a refresher, Watchmen is a comic book series released from 1986 to 1987, with art by Dave Gibbons and written by someone who does not want his name attached to the subject of his article, to whom I will pay the respect of not using his name.

Watchmen takes place in a fictional alternate history. Masked vigilantes similar to superheroes fight crime and earn fame until the 80s where masked vigilantes become outlawed. The story takes place during the height of the cold war with the world on the brink of destruction. Adrian Veidt, a superhero formerly known as Ozymandias, tricks the world into peace by uniting them against a common enemy. He does this by creating and teleporting a gigantic squid-like monster onto New York City to stage an alien invasion from another dimension. His plan succeeds and everyone who knows is either killed or decides to keep it a secret. The only documented bit of evidence of the plan is an incomplete investigation by the vigilante Rorschcach, chronicled in his journal. At the end of the story, the fate of the world is unknown.

So does this need a sequel? Absolutely not. It’s perfect without one. But I’m still going to watch the show because I’m enjoying myself quite a bit!

I’ll try my best not to spoil the TV show’s plot while describing its premise. HBO’s Watchmen is set during the present day. While the comic was set in the time it was published, the TV show does the same. It’s more than thirty years after the events of the graphic novel, and the world still sucks.

After the alien monster attack, a wave of technophobia envelops humanity. Even in 2019, there are no cellphones and there is no internet. Most of the technology in use are those developed by Veidt with the help of Dr. Manhattan, the latter allegedly having been sighted on Mars as of the present day. Squid rains down from the sky as a natural occurrence that reminds people of the traumatic event from thirty years ago.

Rorschach’s journal has been discredited as a mere tinfoil conspiracy story, mostly due to its author being an insane homeless man, and a cult called the 7th Kavalry has formed around its contents. Note that it’s spelled with a ‘K’ instead of a ‘C’ in this case. That’s because, much like the Klan, the Kavalry is a white supremecist organization who misinterpreted a well-meaning vigilante’s journal to support their own ideals. Make no mistake though; white republicans are now treated like minorities in this alternate history and that’s really interesting.

It would seem that Veidt’s plan for peace and equality was met with some resistance. The world it created was one crafted out of his own liberal ideals. Actor Robert Redford (who will be played by himself funnily enough) is elected President in the 90s, and serves six terms until the present day. It’s a common practice in satire to represent liberals with Hollywood actors, and this takes it a whole leap forward by setting the story in a left-wing dystopia run for thirty years by the same man. Dystopian not because of people’s suffering, but because this is all based on a lie (just like the lie that this show isn’t political).

Feeling left out by the state’s efforts to pay reparations to victims of racial violence, the extreme right, many of them lower class white people who feel overlooked by their government, grow hostile towards law enforcement. In an event known only as the White Night, members of the 7th Kavalry attack and kill several Tulsa Oklahoma police officers in their homes on Christmas Eve. As a result, police now wear masks to conceal their identity operating alongside masked vigilantes to fight crime.

At the beginning of the story, a mysterious murder takes place, echoing the set-up of the original comic book series.

And this is just the premise.

So Who Are The Bad Guys?

It’s in this grey morality that it really starts to feel like Watchmen. At first the Kavalry seem like they’re the villains of the story, but then you see the masked police show up at a trailer park and violently raid it, beating the inhabitants and arresting them before holding them prisoner. Of course nobody cares because they’re white supremacists.

Halfway through the story, there seems to be a deeper conspiracy going on; perhaps another scheme to save the world. Are those people the bad guys? Even if they’re working towards the greater good? It’s well-established that they’d be living in a post-apocalyptic wasteland if it weren’t for the first big conspiracy.

This forces us to ask ourselves the same question once again: could we live with a dystopian society that agreed with our views, but was dystopian nonetheless?

Apart from the philosophical conundrums, telephones to Mars (that Dr. Manhattan probably never answers), fun references to the original graphic novel (a lot of them having to do with the Black Freighter for some reason!), HBO’s Watchmen so far has been a pretty wild ride. I hope it continues to stay that way.

I’ll definitely be tuning in for the next episode.

New episode of WATCHMEN premieres at the same time as the U.S. every Monday at 10am on HBO GO and HBO. The episode encores on HBO on the same day at 10pm.