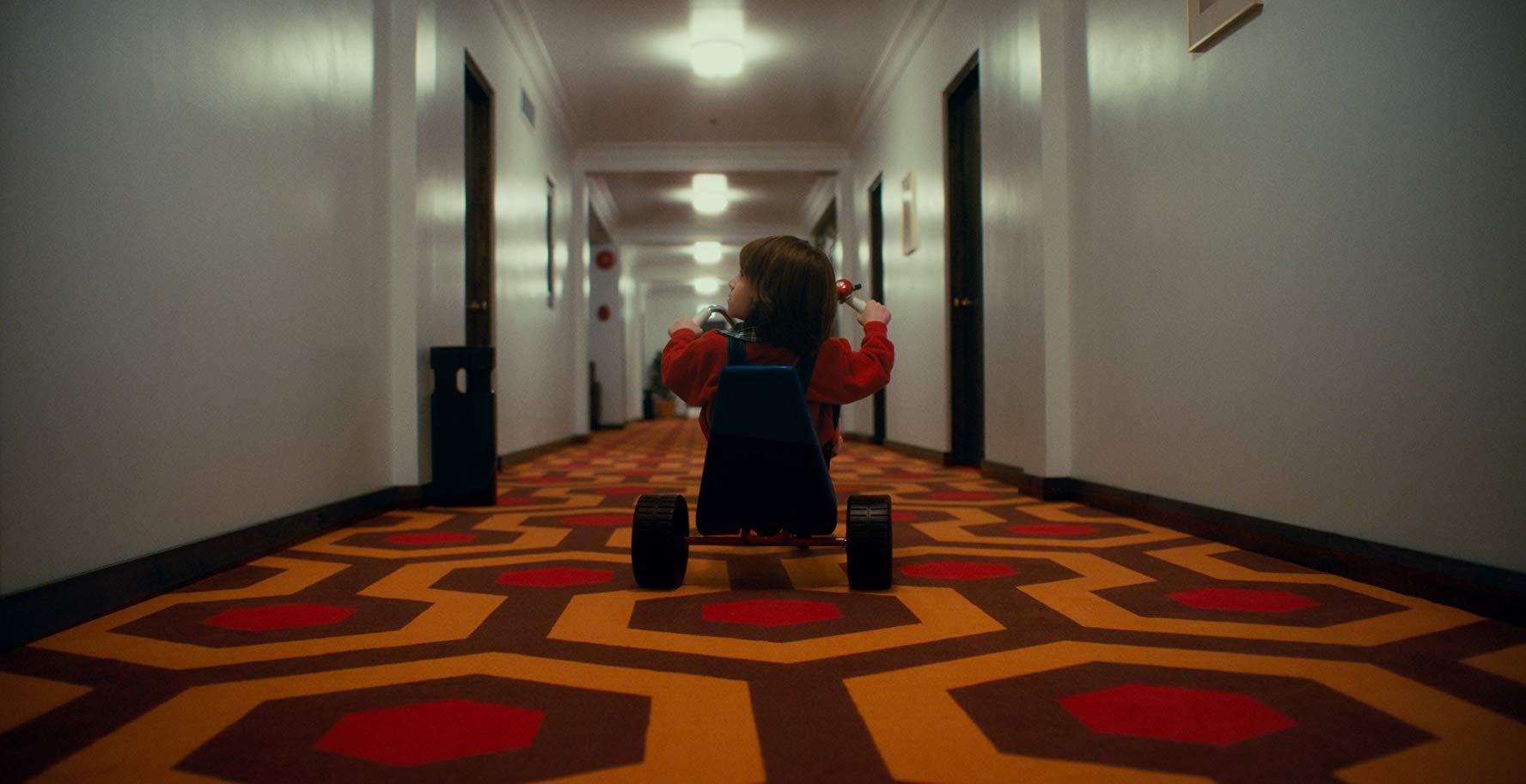 The Shining was about a family threatened by the supernatural entities inhabiting the Overlook Hotel. But a big chunk of the story was really about young Danny Torrance.

There are quite a few moments of pure dread in Doctor Sleep, the new movie adapted from Stephen King’s novel of the same title. But if you were expecting a creepy horror movie with the cerebral and nuanced suspense of The Shining, then you got the wrong signals from the trailer, friend.

Let’s clear up a few things. Stanley Kubrick was a genius filmmaker. His 1980 project The Shining, also based on the King novel of the same name, is now one of the pillars of horror cinema. You can see its fearful shadow in pop culture, from “redrum” mentions and even wholesale recreations like in Ready Player One.

Though The Shining was, on the surface, about a family threatened by the supernatural entities inhabiting the Overlook Hotel, and how they take advantage of the vulnerable, on-the-mend alcoholic Jack Torrance (Jack Nicholson), a big chunk of the story was really about the budding psychic powers of the young Danny Torrance.

Danny, affectionately called “Doc” (as in Bug Bunny’s favorite Looney Tunes greeting “What’s up, Doc?”) by his parents, was taught the rudiments of telepathy and other psi abilities by the Overlook Hotel’s Dick Halloran, the kindly head cook, and that’s how he first got a handle on what Halloran called “the shining.”

Now Mike Flanagan, director of the recently released Doctor Sleep, has boldly taken the same filmic skills he used to create Netflix’s Haunting of Hill House and taken on the task of wrestling the meandering and epic beast that is King’s novel and adapting it into a full-length feature.

First, it would be as faithful to the spirit of the King novel as possible. What does this mean? Simply that it would try to tackle all three of the narrative arcs that make up the book (more on those later).

Second, that it would also be the spiritual sequel of Kubrick’s The Shining. How? By bringing the major characters of Doctor Sleep back to the Overlook Hotel for the climax and denouement.

Each of those tasks is a tall order by itself, but Flanagan didn’t stop there. He also sought the insight and approval of King himself (which King gave), who has been famously bitter (hateful, actually) of how Kubrick rendered his novel for the big screen. Talk about setting high expectations for yourself.

Doctor Sleep sadly fails in both, and yet still manages to make a few wins along the way to snatching narrative defeat from the jaws of potential victory.

The first major thread in this three-rope yarn narrative rope is about Danny Torrance, played here by Ewan McGregor and his problematic American accent to the kind of tortured perfection that recovering addicts and alcoholics always possess.

When the movie opens, it’s been 30-plus years since Dan and his mother escaped the Overlook Hotel. We find him living rough, drinking hard, and waking up in strange beds after having slept with blonde women in daisy dukes. Dan has worked many odd jobs through the years trying not just to escape the alcoholic genes of the father who once tried to slaughter his family with an axe, but also the spirits of the haunted hotel. He is mostly successful in the latter (using mental ghost traps to capture the errant wraiths), but largely a failure in the former.

Nevertheless, his wanderings bear fruit and he finds both employment and a chance at sobriety in the small town of Frazier in New Hampshire. While taking in AA meetings to quiet his demons and alcoholism, it’s here that Dan’s powers find somewhere to belong. His work as an orderly at the local elderly hospice enables him to become a psychopomp. His ability to shine is finally useful, appreciated, and meaningful as he assists the dying residents to pass on, soothing their pain and comforting them with memories pried from their minds.

This is how Dan becomes known as Doctor Sleep (with some help from the hospice’s cute cat), the local guide to the underworld, easing the pain of death for the old and the infirm and the afflicted.

The second thread is the character of Abra Stone, introduced around the halfway mark of the unnecessarily long 151 minutes running time. Newcomer Kyliegh Curran plays this young firebrand of a powerful shiner with a mix of fear and excitement, much like the young Danny. Like the Dark Phoenix of this world she was born with a high aptitude and ungodly strength to shine.

In fact, so strong are her powers that she somehow becomes aware of Dan and makes contact with him by writing messages on his wall. They become psychic pen pals, as cute and weird as the term implies.

As Abra comes to grips with her powers she also experiments and learns to hide the fact that she can do supernatural feats, like stick a couple of hundred spoons to the ceiling of her family’s kitchen. This freaks out her parents so much she never repeats anything remotely like it and refrains from talking about any of it to Mom and Dad or her few friends.

Still, at age 13, she continues to fumble with her psi tool kit, stumbling on a remote viewing aspect of her power. One night, like an open radio receiver, she accidentally comes upon what appears to be a group of powerful men and women torturing a young boy who also has a smidge of the shining ability.

The Vampires Of Sabatha Hanti

We later learn that the group is called the True Knot, a rogue and aberrant faction of shiners who feed on the essence of other shiners. They call this essence “Steam,” and they were torturing the young boy so they could get more Steam out of him and feed on it. Essentially, they’re a form of psychic vampires.

We are introduced to their squad leader Rose the Hat (played to pitch perfect cruelty and eroticism by Rebecca Ferguson) in the first half of the movie, a villain who wears a jaunty top hat and throwback hippie clothes, but also leads in the evisceration and torment of the children who make up 90 percent of their vampiric diet. Their intake of Steam has enabled some of them to live for hundreds of years in slowed-down aging, and has granted them fuel to each develop a specialty aspect of their shining.

As Abra watches them torture the young boy, her observation sends a signal warning to Rose who realizes that the young Miss Stone, powerful as she is, would also make for a great meal. She sets herself and the True Knot to hunt down this delectable feast, thinking that eating her might just help them survive the next several decades without feeding again (and maybe even store some of her in a canister if they’re feeling nibbly).

This is where Flanagan’s movie begins to unravel: between the collision of these three major arcs that, inevitably, keeps throwing new characters and motives at the viewer, and to the additional fourth act where Dan and Abra confront the leader of the True Knot—where else but at the Overlook Hotel?

Like I said, there are some absolutely thrilling scenes of dread on this bombastic and lengthy piece of identity crisis. Primary among them is the feral part where the True Knot collectively feed on a young boy (the one that Abra stumbles on), looking like jackals or hyenas surrounding a fallen prey and tearing it apart. And any scene with the charismatic and vicious Rose appears is like watching lightning in a bottle, even as the interesting background stories of her group is largely ignored (except for Snakebite Andi, played by Emily Alyn Lind, who suffers too ignoble a death after being turned so recently).

But those are all minor wins in the war. When you make the whole movie a marketing ploy for nightmare nostalgia with the Overlook Hotel as dessert to a mostly bland course, then you’ve quietly deigned your own doom.

Behold, we have remade the iconic floor carpeting and Room 237 with utmost detail, except with apt rundown decrepitness, and you must rejoice! Yet as I say that, the wistfulness of reviving the hotel is a great trick, too, because when Kubrick’s dizzying horizon landscape shot paired with the familiar strains of “Dies Irae” came on, I realized it still retains the same gravitas even in a remixed echo, and it still made the hairs on the back of my neck stand on end.

Also consider this powerful scene (that I must give Flanagan credit for): Dan Torrance finds himself back at the Overlook Hotel’s bar, The Gold Room, and right on cue the ghost of the bartender pours him a drink. Only now the bartender is not Lloyd the specter but Dan’s father, Jack Torrance. The ensuing conversation where father and son trade barbs, talk about how the sins of the father are passed on to the son, the curse and balm of alcohol, and how Dan’s mother died makes for one of the most compelling and evocative scenes in any horror movie.

While the movie suffers from this thorough crisis of identity, my favorite minor win from this gallery of minor wins is how Dan filled the role of psychopomp.

From the Greek psychopompos, literally meaning a “guide of souls,” Dan embraced his occupation and art, becoming a version of the Greek ferryman Charon or the Filipino ancestral spirit anito, conducting the souls of the hospice to the next world. It was both spooky and moving. Dan even has a spirit animal in Azzie the cat, who would presage someone’s dying by entering a patient’s room and sitting at the foot of the bed. This is how Dan would identify where he needed to go and use his shining as a psychopomp.

In the novel, sadly omitted from the movie, a scene finds Dan putting on a holy, shamanic mien during a problematic dying.

He was still sitting there, holding her hands in his, when the door burst open and Lucy Stone came striding in. Her husband and her daughter’s pediatrician followed, but not too closely; it was as if they feared being burned by the fear, fury, and confused outrage that surrounded her in a crackling aura so strong it was almost visible. She seized Dan by the shoulder, her fingernails digging like claws into the shoulder beneath his shirt. “Get away from her. You don’t know her. You have no more business with my grandmother than you do with my daugh—”

“Lower your voice,” Dan said without turning. “You’re in the presence of death.”

While the structure and ambition of the whole of Doctor Sleep is in question, there’s no doubt that the visualization of psychic battles between Rose the Hat and Abra Stone are inventive, the drama and setup of Dan’s ghost traps from the Overlook Hotel was suspenseful, and the exciting battles where Dan and his friend battles the True Knot was a real highlight—even when the story doesn’t even take the time to establish that these psychic vampires resort to firearms when they go on raids.

In places, it seems Abra Stone as a character (like the origin and short, unhappy life of Snakebite Andi) could have been a sideshow and as such her arc could have been shortened greatly, all of Rose’s confrontations versus Abra could have been replaced by battling Dan—hence his Doctor Sleep persona turning into a weapon rather than a shamanic tool.

One thing is for sure, Rebecca Feguson should definitely play more villains.