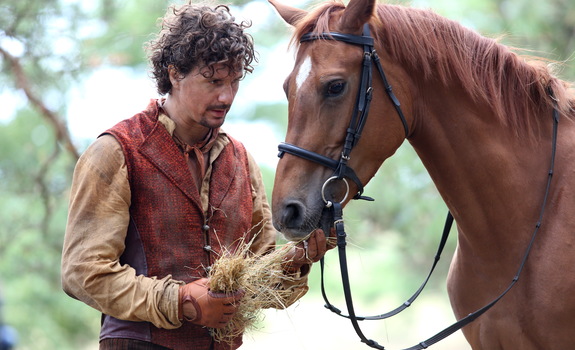 When we go out there to find stories, we never know what to expect. We didn’t expect, at least, to learn that Hungary’s history is so intertwined with its horses that its biggest hometown box-office hit (and its most expensive to date) is a period film about a race horse. We didn’t expect to find the fluffiest pancakes in Japan. We were surprised to find out that Rolls-Royce was releasing the King of the Night—the darkest vehicle to ever come out of their workshops in Goodwood.

Still, surprises are always welcome, especially when they show us something fascinating. And as we go out again to fill up the rest of the week, we hope you can drop by the site regularly and be part of the story.

Kincsem: Love is a Thoroughbred

“You might say equestrianism and cavalry play a big part in the medieval history of Hungary, a small nation in Central Europe.”

The Hungarian Film Fest in Manila opens on November 14, and the star of the show is a horse named Kincsem, the Michael Jordan of the horse-racing world.

“Theater is so real, it’s so authentic, and it’s always changing. It’s fresh every single time.”

Here are the shows to look out for on Repertory Philippines’ 53rd year.

The Quest for the Fluffiest Japanese Pancakes

These are some of the fluffiest pancakes in the land of the rising sun.

The Hermes Shoe Collection Isn’t Just for the Colder Months

“Hermès’ theme for the year relies heavily on dreams, and you can see that in their new footwear collection. Still, while they might have a touch of the surreal, the pieces are entirely wearable and aren’t over-the-top. They won’t look out of place if you’re building a wardrobe that will last you past the season.”

Stocking up on wardrobe staples? You might want to take a look at the Hermès fall collection.

“Revealed in Milan, the AMB 001 is a collaboration with Brough Superior, the venerable motorcycle manufacturer that has been around since 1919. Just to give you an idea of how venerable it actually is, one of Brough Superior’s most famous fans was T.E. Lawrence (that’s Lawrence of Arabia) who owned several models.”

Sleek and stylish, the AMB 001 is set to turn heads at the track next year.

Meet the King of the Night

“The Rolls-Royce Cullinan is getting the Black Badge treatment, and it’s heading a little deeper into dark side territory.”

This is the darkest vehicle to ever come out of the Goodwood workshops.