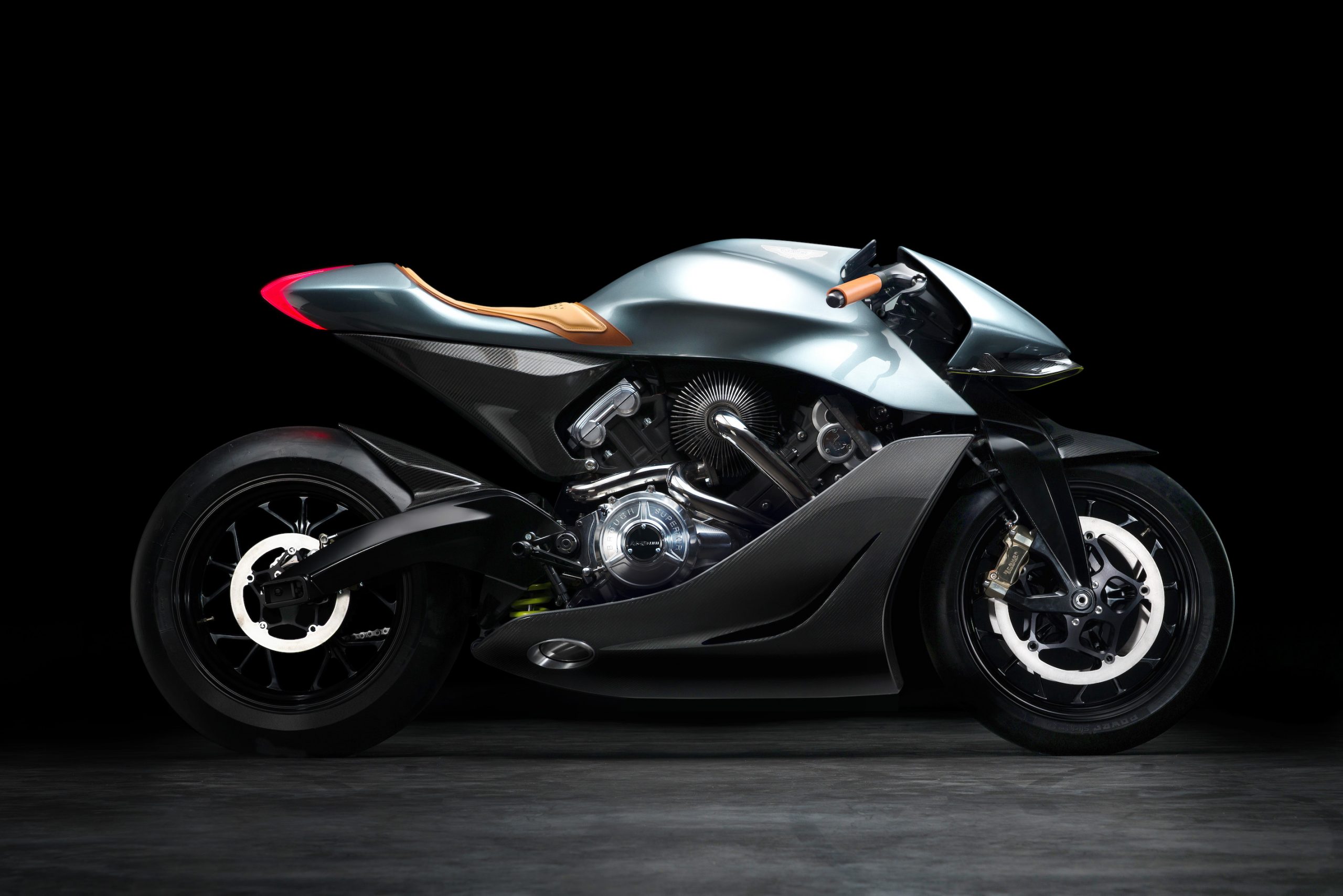 Aston Martin is putting the wings on a track-only sport bike in collaboration with the venerable motorcycle maker Brough Superior.

That was followed by news of the Valhalla, its collaboration with Adrian Newey, the chief technical officer of the Red Bull Formula One team. It also got thrown into the rumor mill, with speculations that James Bond might be driving an electric Aston Martin in the next film.

So how do they top all of that? They break the news about their first bike—the AMB 001.

Revealed in Milan, the AMB 001 is a collaboration with Brough Superior, the venerable motorcycle manufacturer that has been around since 1919. Just to give you an idea of how venerable it actually is, one of Brough Superior’s most famous fans was T.E. Lawrence (that’s Lawrence of Arabia) who owned several models.

Brough Superior has been associated with gentleman riders, explorers, and people of taste, so it surprises absolutely no one that the AMB 001 looks every inch the part.

The AMB 001 has a sleek, streamlined body built out of carbon fiber, and weighs in at 180kg dry. The light body is paired with a V-twin turbo-charged 180hp engine, making it fit for the racetracks, but a bit too much for the roads (yes, it’s track-only).

The bikes are being hand-built at the Brough Superior factory in Toulouse, France, where only 100 examples will be made. Though this is only the first product to come out of the new partnership.

“This is what we believe a cutting-edge motorcycle should be and we are very proud to see the Aston Martin wings on a motorcycle for the first time,” says Aston Martin Lagonda’s EVP and Chief Creative Officer, Marek Reichman.

“The finished product is a truly beautiful motorcycle; a design and engineering work of art.”

That’s a lot of Aston Martin to put on two wheels, and if you’re more into the four-wheeled variety, check out our hands-on review of the Aston Martin Vantage here.