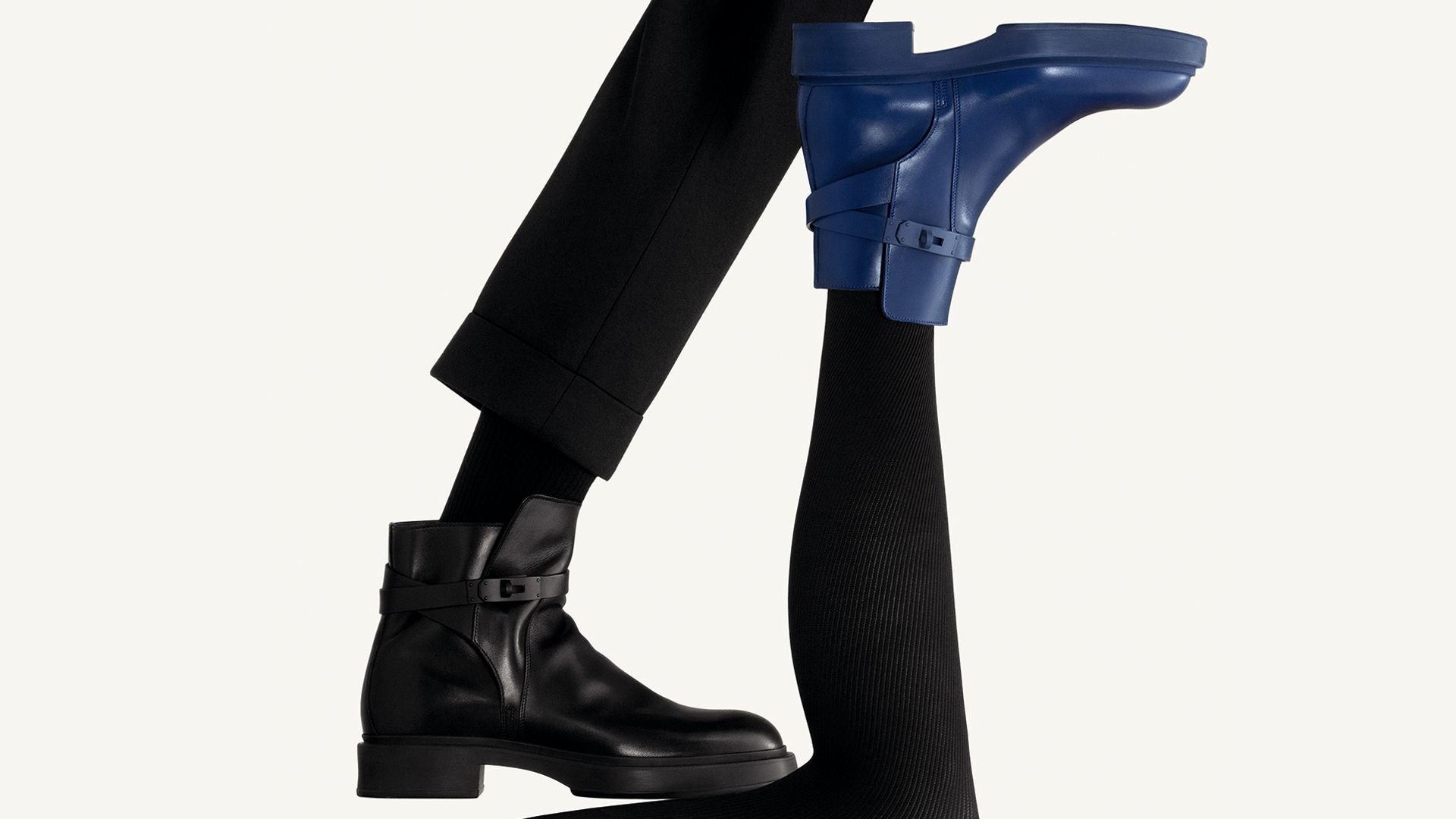 From the classic to the whimsical, these shoes will get you through fall and beyond.

At the onset of fall, we took a look at this year’s Hermès collection, and suggested places where you can pull off a look that’s straight from the runways. Using a mostly austere palette combined with sensual fabrics, the collection suggests a man who’s charming, seductive, and more than a little smart. And now we have the footwear to go with it.

Hermès’ theme for the year relies heavily on dreams, and you can see that in their new footwear collection. Still, while they might have a touch of the surreal, the pieces are entirely wearable and aren’t over-the-top. They won’t look out of place if you’re building a wardrobe that will last you past the season.

Buying into luxury, after all, is all about selecting key pieces that endure. Ones that have the quality to both elevate your style and bring a timeless appeal to it. But more than anything, it’s about how it makes you feel. Because true luxury doesn’t have to scream, it merely has to be felt.

Take a look at our picks from the Hermès fall-winter collection. And the best part is, they’re all available right now.

Let’s start with the basics. Boots are a go-to pair for fall, being both warm and versatile. Having a pair of boots in monochrome makes it easy to dress up or down, and they go well with practically anything. Go a bit more casual with a pair of jeans and a patterned sport coat in wool, or head out in a pair of gray, pleated trousers, a warmer jacket, and a tailored shirt matched with a tie. Even past fall, these shoes wouldn’t be out of a place when paired with a suit, especially in navy, gray, or brown.

For Asian countries that are less likely to get too cold, a pair of loafers is a staple addition to any wardrobe. One of the advantages of having loafers in Asia is that they’re rarely ever out of season, meaning they’re good all year round, until you head out for countries that have harsh winters. This pair goes well with lighter, more casual sport jackets, but can easily be dressed up a little with a tailored shirt and a matching tie. Come the warmer months, you can pair them with safari jackets, for a more laid-back look.

Another must-have item is a pair of white sneakers. And while the palette might be plain, these ones are hardly basic. The winged design adds an element of whimsy, and also brings to mind the winged sandals of the Greek god Hermes. Think of it as a blank canvas with wings on it and you won’t be far off the mark. You can pair this with streetwear when going out for the night, or add it as a creative touch to a more somber ensemble.

It’s not all the time that you take long walks in the fall. It’s one of the best seasons to stay indoors, after all. And If you’re going to spend a lot of time lounging around in bars or taking long dinners, a pair of suede loafers will keep you in the mood. Dark cotton trousers will help you while away the hours in comfort, and soft, unstructured jackets (or a velvet jacket, for more dressed up occasions) are a natural match for these.

Since fall collections are mostly about neutrals and subdued colors, it’s one of the best seasons to break out statement footwear. These go particularly well with a monochrome outfit, which lets the colors pop and add a bit of savvy to your style.