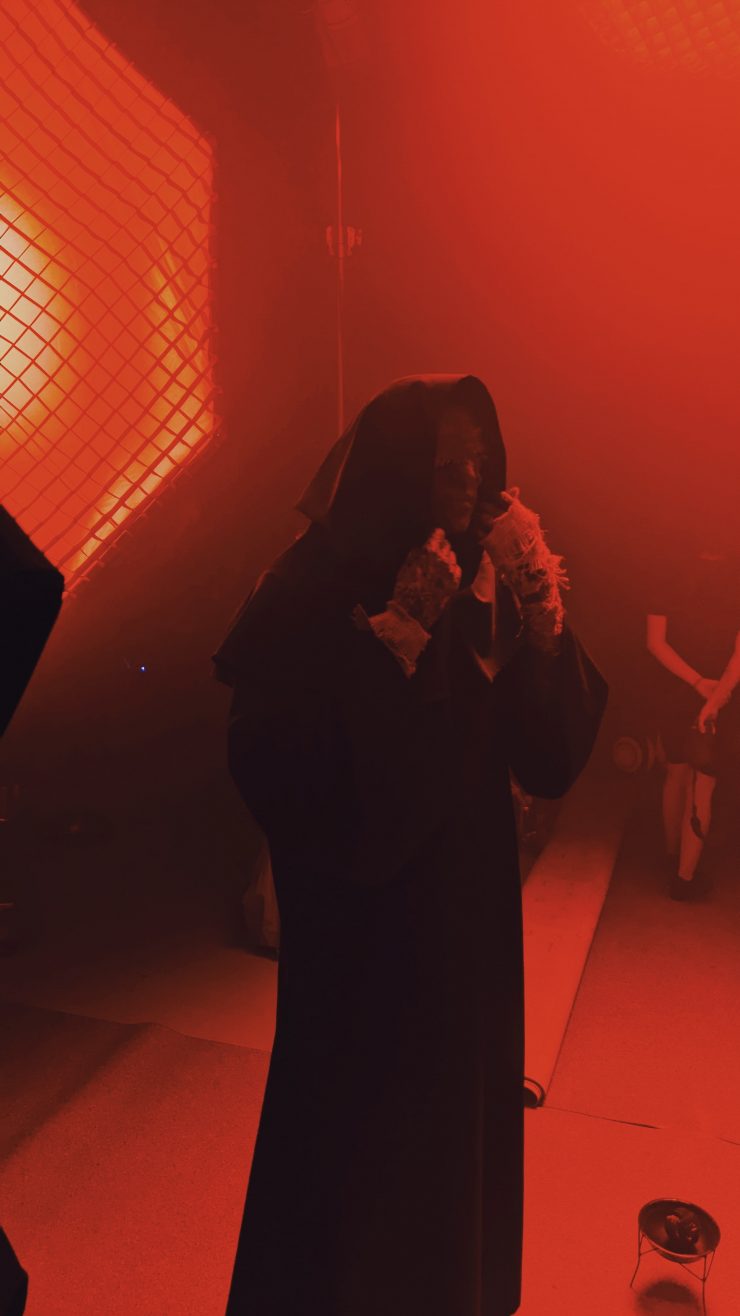 In the great scheme of things, we are but specks of dust floating through the cosmos. In a horror game, we understand what that means.

People have known about tabletop RPGs for many decades. Popularized by television shows such as Big Bang Theory, Stranger Things or (in my case) Dexter’s Laboratory, these games have players in the role of heroes with fantastic abilities who save kingdoms, fight dragons and fight for glory.

What isn’t common knowledge is that there is another side to tabletop RPGs. While most players enjoy their amazing powers, there are games that do the polar opposite, games that make characters (and their players by proxy) aware of their own vulnerability. To gain some insight, we sat down with Tobie Abad, a game master who has been running horror games for almost thirty years.

It goes without saying that popular systems like Dungeons and Dragons don’t work too well for horror games. After all, a level twenty wizard who strikes down foes with bolts of lightning is not likely to be frightened by anything or anyone. Horror games normally utilize systems such as the Call of Cthulhu or World of Darkness in which the players’ characters are not only normal people, but also fragile beings who could die at any moment. There is an emphasis on the reality and the near-inevitability of death that motivates the players to run from the monsters rather than fight them.

It is in these systems that an experienced game master can create a sense of dread and suspense, causing players to sit at the edge of their seats, hoping that their character’s head isn’t lopped off by a single fumble of the dice, or worse, driven to insanity by the eldritch truth.

What’s in a Game?

Tobie says that a horror game is more than just a system. It’s a genre. The system is merely a tool that helps create the same thrill and experience as a horror movie, that instills a sense of isolation and helplessness in player characters. There is tension and heightened terror, and a fear of something coming. At the end, there is a release, a certain catharsis that one feels after the end of a good story, even if a number of player characters have likely died.

This is not a typical RPG session where people can stand up at any point to get snacks or interject with funny side comments or jokes. In order for the game to work, a certain respect for the genre and a particular atmosphere must be maintained.

Tools of the Trade

“The tools I’d use for a horror game are genre-agnostic,” says Tobie when asked about the techniques he’d normally use. They’re storytelling devices that can be used to tell any story. Lighting and sound effects may be applied by turning off the lights during some scenes, or even using eerie music for the moment when the players expect the horror to be revealed.

Or sometimes the tools apply themselves.

Once, during a game with Tobie, there was a thunder strike at the right moment in the story–the perfect jump scare. Sometimes he used his eyes to create psychological sense of helplessness among players, or to make the players feel like they were in control.

Fear of the Unknown

To Tobie, the fear of the unknown is the element that truly makes a horror game. The players are normally separated from a certain truth by something he calls ‘the veil’. This truth may be the identity of the killer among some friends staying in a cabin, the proximity of a werewolf stalking the characters, or even the existence of eldritch gods to whom we are mere dust in the wind.

In one game where Tobie utilized the World of Darkness system, the players were confronted with the terrible knowledge that horrifying demons were about to find their way into the world. What they didn’t know was that their GM enlisted ten other people, both locally and abroad, to communicate with the players as non-players characters (NPCs), contacting them through text, email or even face-to-face meetings, to pass vital information to them. By the time the final battle was about to commence, the players called all the NPCs for help. Some of the NPCs even drove over and took part in the finale.

One game that I ran using the Call of Cthulhu system involved a group of player-controlled Nazis digging for diamonds in British occupied Africa. What they didn’t know was that not only were the British closing in on them and that a spy was working within their ranks, but the mountain they were digging through was inhabited by a terrible eldritch being that they would unintentionally release. Because the characters were Nazis, their greed and hatred drove them all to madness, ending with a Mexican standoff that resulted in everyone’s deaths.

One of the things Tobie and I agree on when it comes to horror RPGs is the existence of death. In order for the fear to be real, the deaths of player characters must be a reality. Personally, I’ve never had a horror RPG story where nobody dies.

Death is one of the biggest representations of our own fragility and the futility of our own existence. It isn’t just character deaths that drive players crazy during these games, but also the deaths of NPCs. In one of Tobie’s games, a defining moment for one of the players was when he, a vampire, had forgotten to pay attention to his two wolf thralls, who crumbled to dust upon seeing him one last time after hundreds of years of neglect.

In a horror game, death does not always mean loss. More often than not, death takes place when a player decides to make a heroic sacrifice to face the horror, sometimes even saving the fate of the world, not through a mighty swing of a battle axe, but through the sacrifice of one’s self.

In the great scheme of things, we are but specks of dust floating through the cosmos. In a horror game, we play those specks of dust and understand what that means. In the face of that truth, we realize that struggling against that meaninglessness, giving ourselves up for more important things, is truly what makes existence less futile. And that’s what makes horror RPGs so appealing.