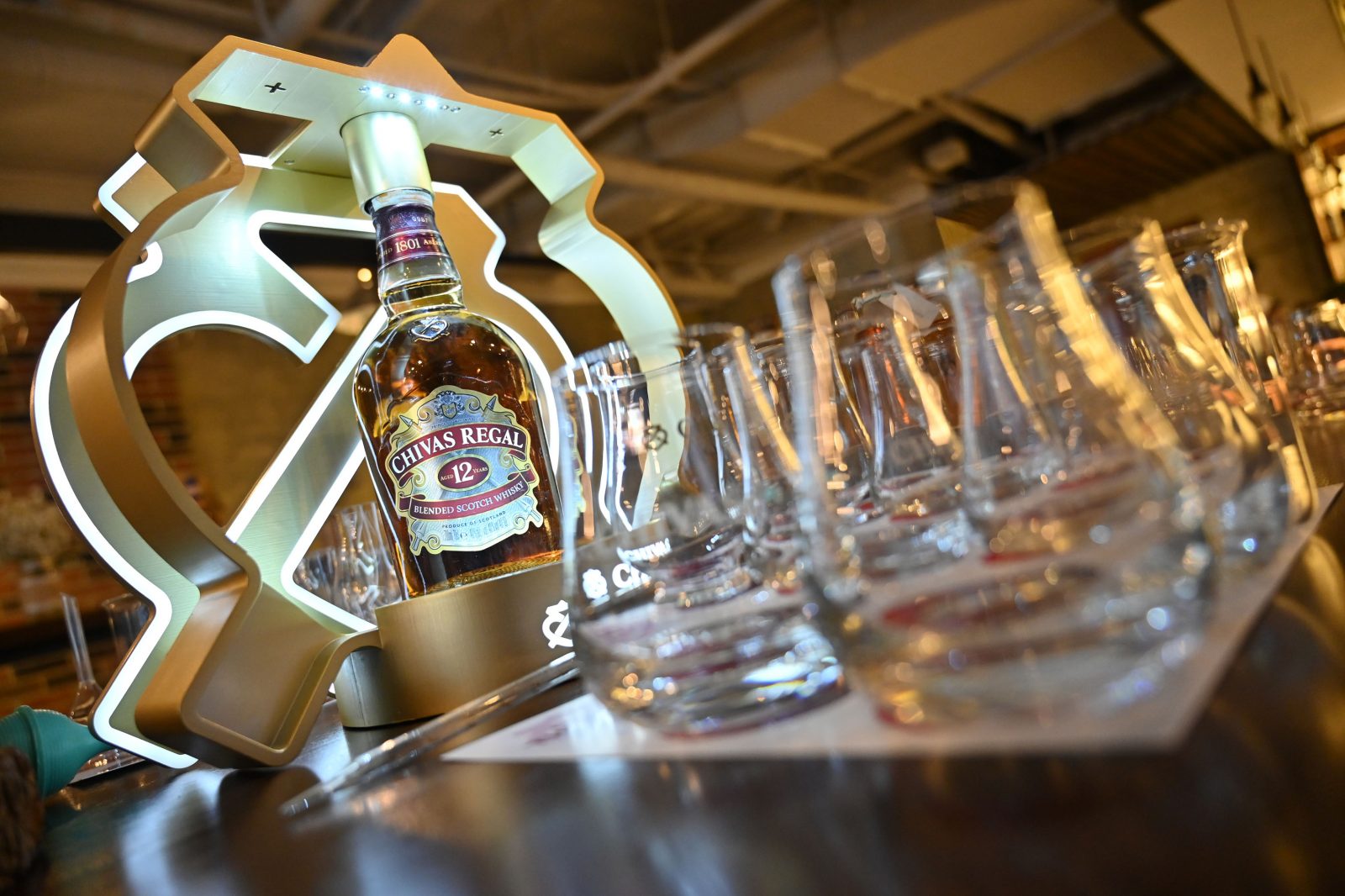 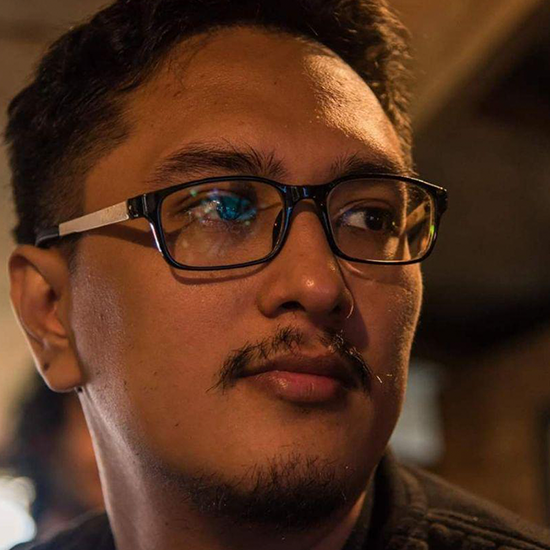 As a freelance writer for several titles both local and…

The Master Tailor of Makati

For all the years I’ve been drinking whisky, it was only now that I ever thought to really examine what I was drinking.

There’d been so much whisky in my youth, I never really gave it a second thought.

I grew up in a family that loved to drink. When we weren’t bonding over beers, it was wine. When it wasn’t wine, it was whisky. And it wasn’t usually beers or wine.

Scotch was just one of those things we had a ready supply of at birthdays, Christmas, and other celebrations. Several of us cousins would contribute a full bottle to the table, and we’d spend the nights into mornings drinking. On one New Year’s Eve, we unearthed a full 4.5L bottle—the kind that comes with a swing cradle because it’s too heavy to pour by hand—my grandfather had stashed since the 70s. We finished it in his honor.

When adulthood hit, we started stocking it in our homes. If someone was having a bad day, we’d pop open a bottle. If friends were coming over, we’d share whatever was left with them. Sometimes, we just liked having a glass or six when catching up with our siblings.

We always drank it on the rocks when we were younger. As we got older, we learned to change things up by having it neat. If we were feeling like lightweights, we mixed it with cola.

That  was about as far as we ever got, in terms of appreciation. It was always just a casual drink to us; something accessible and easy.

All this, I imagine, contributed to how poorly I did at a recent blending masterclass hosted by Chivas Regal.

Chivas Brothers Brand Ambassador Bonnar Fulton was on hand to guide us through the process, showing us how to examine whisky by holding it up to the light, smelling it, and tasting it. He then told us to recreate the experience using the single malt and grain whiskies that go into every bottle of Chivas Regal.

The whisky is made with a creamy grain whisky as its base, and honestly, the stuff was smooth enough to drink on its own. We had to add to its flavor profile with the other spirits, which bring in fruity, floral, citrus, and smoky notes.

Smoky, Fulton warned, was meant to be used minimally. “Use about half of what you think should go in,” he said.

That, to me, meant putting 1mL of the 2mL I had intended to use for my blend. As it turned out, Fulton was expecting us to try putting in a quarter of a milliliter, first.

Now, I appreciate a fair amount of smokiness in my whisky, but my signature blend started out tasting—with no sense of hyperbole—like a liquid cigar.

The rest of the exercise involved me obsessively sniffing and tasting the spirits so I could figure out how to compensate for the intensity of the Smoky flavor. As I sampled each one over and over again, I learned two things about myself: 1) I enjoy fruity notes in my whisky, and 2) my alcohol tolerance was better than I thought. As I scrambled to make something that was at the very least potable, I must’ve drunk around seven full servings of whisky.

By the time Fulton started making the rounds and judging our blends, I knew that I hadn’t made anything close to the sophisticated flavor of a Chivas 12. It’s exactly as their current marketing campaign says: “Success is a Blend.” In my case, it was the wrong blend.

Fulton was kind in his evaluation of my finished product, however. He wondered how I was able to get chocolaty notes into it—probably through my masking of the smoke with the fruity and creamy spirits—and that it had a stronger flavor, closer to the Chivas 18. I took that as a compliment, even though the assignment was to replicate the 12.

For all the years I’ve been drinking whisky, it was only during the masterclass that I ever thought to really examine what I was drinking. Each sip was a little more thoughtful; each sniff a little slower and deeper. It hadn’t occurred to me how much skill was put into blending a premium whisky like Chivas 12, and just how many layers there were to enjoying it.

Truth be told, I was feeling a little guilty for how casually I’d been treating whisky all this time. There is so much work put into whisky, and there I was, drinking it because it was just there. It felt like I was disrespecting the craftsmanship that filled each bottle my cousins and I emptied.

Then, Fulton started talking about how just the other night, he had tried a whisky-Red Bull.

A whisky. Red Bull. Basically, the sort of drink frat boys would put together if their dates had asked for something a little classier.

But instead of judging it the way I already was in my head, Fulton mentioned having an appreciation for the mix. It might not have been something that he’d personally order, but it was certainly something other people would appreciate. Whisky, he said, was meant to be a casual drink, anyway.

Casual. There was that word again. This time, however, there wasn’t a sense of shame behind it. There was no implied disrespect towards the spirit. “Casual” in this sense meant leisurely. Whisky, for all its sophistication, was never meant to be drunk with reverence; it’s a drink best enjoyed in the way that comes most naturally to you.

So maybe I’d been drinking whisky correctly all this time. Sure, I wasn’t trying to put a name to whatever shade of gold it took on in my glass. I wasn’t trying to look for specific notes in its bouquet, or exploring how the flavors transformed as it warmed in my mouth. I was just enjoying it the way I wanted to, and that was already perfect.

It’s just funny that it took a masterclass in blending to affirm that.

After all this, I’m probably not going to change how I enjoy whisky; I’m too much a creature of habit to do that. I will, however, drink it knowing that the blend of creamy, fruity, floral, citrus, and smoky flavors it carries was the success of individuals far more skilled than me.

There’s something to be said about that; something worth appreciating.

As a freelance writer for several titles both local and abroad, Marco Sumayao pens articles about virtually everything, from nuanced art critiques to juvenile sex comedies. He was warned at an early age that a career in the arts would leave him broke and hungry. Today, his fast-developing dad bod suggests otherwise.

The Mantle Edit Oct 7: The Mazda 6, knights on a watch, and the Godfather of Philippine tattoos.

Walter Chiapponi is Scribbling on a Gommino, and We Like It

Midcentury Manila: The Collector as Curator

Eclectic is the Next Normal: Notes from London, Paris, and Milan Fashion Week