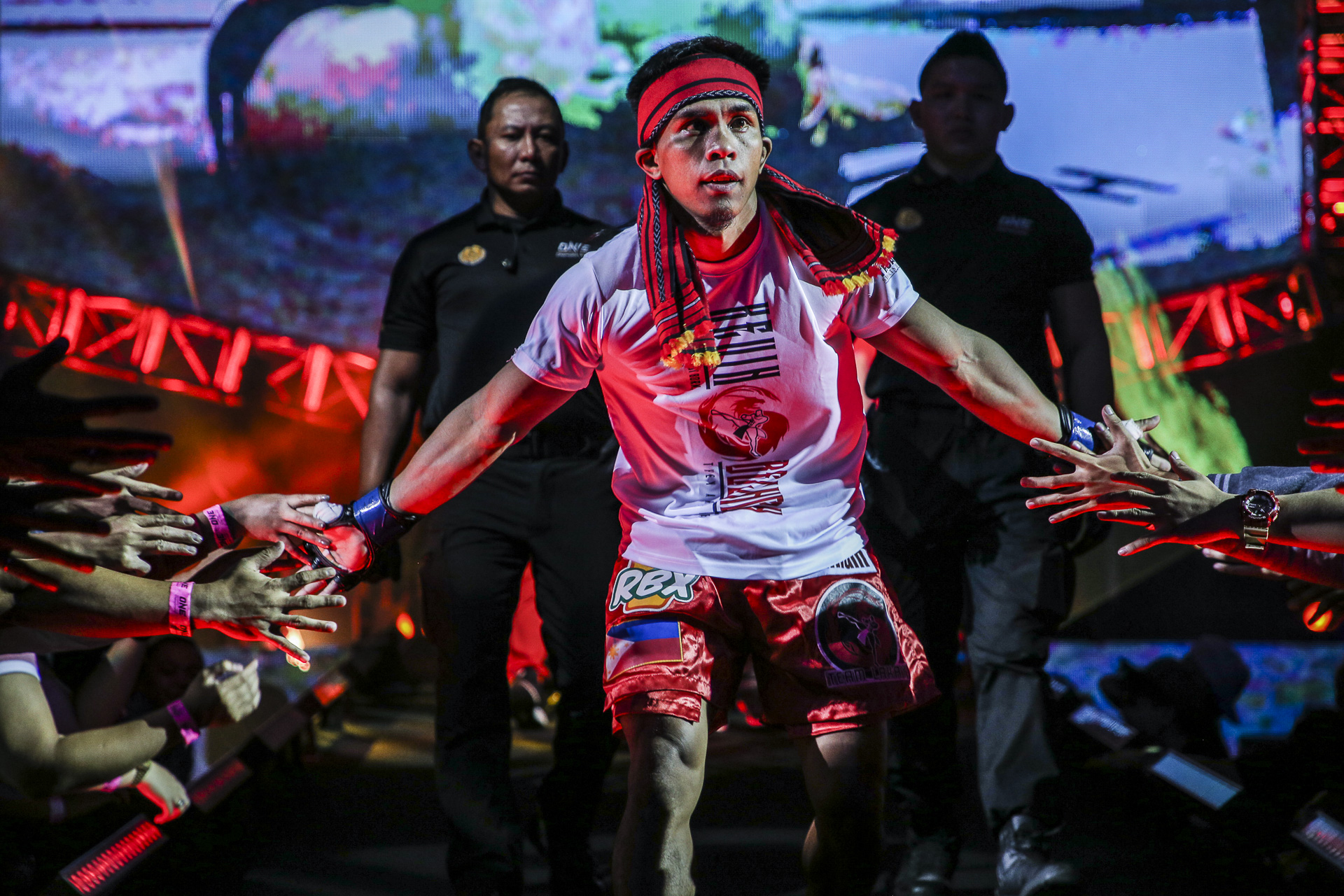 This monstrosity is titled “ONE: Century”, has 22 fights, and also features four world championship bouts.

Asian fight culture has certainly had its share of freakshows and silliness.

Fake Shaolin monks, lumbering 7-foot giants, cage grandmothers, and just plain mysteriously pumped, pneumatically carved fighters brawling in a free for all, the chance for some strangeness in a format of blood sport dramatically rises as you cross more borders in the east.

Any of the early forms of mixed martial arts were arguably a cross between Roman gladiatorial spectacle and bizarreness that might fit better in a Robert E. Howard Conan issue, there’s no denying that Japan certainly is responsible for a good number of these absurdities bathed in blood.

While vale tudo (that’s Portuguese for “no holds barred”) fights were winning hearts and eyes in Brazilian carnivals and festivals as far back as the early 20th century as the proto-mixed martial arts, in Asia the flag of MMA would only be raised in 1985, when the organization known as Shooto was created by a professional wrestler, whose in-ring moniker was Tiger Mask (I kid you not).

Shooto was billed as a realistic alternative to puroresu (the mispronounced and now widely accepted term for Japanese pro-wrestling) for those wrasslin’ fans who craved more unscripted reality to the fights rather than storified combat, and for those wrestlers who actually wanted to fight, since many of them were trained in traditional martial arts and yearned to test their mettle.

Tiger Mask called it the “new martial arts” (or shin-kakutogi). It had no predetermined results. It took plenty of inspiration from Brazil’s vale tudo.

Shooto wasn’t a hit at first, but interest steadily and exponentially increased. The floodgates flew open by 1993, when the Pancrase organization was created in the wake of Shooto. Just as realistic as Shooto, except this show leaned more on the old rules of pro-wrestling, with the “rope breaks” rule intact (a wrestler must break a submission hold when the opponent reaches the ring’s ropes).

I mention all this history of violence in Japan because Pancrase and Shooto, two of the oldest organizations of the sport now known as mixed martial arts, are still alive and holding events. Shooto has since birthed Shooto Brazil, while Pancrase became a huge part of MMA history in the West, since a good number of their champions (called King of Pancrase) came from North America, including the likes of Ken Shamrock, Bas Rutten, and Josh Barnett who would compete in the UFC.

The spirit of MMA competition in Asia, and particularly in Japan, not only originated from the minds of pro-wrestlers who could fight, but who also appreciated the necessity, not to mention sheer fun, of crafting spectacle.

Former Pancrase standout Genki Sudo—who also happened to be a J-Pop boy band member—turning walk-outs into veritable mini-theater performances and taunting his opponent with pop-and-lock-it moves during fights comes to mind as a classic export of Japan’s fight culture of pageantry who found his way to the upper tier of the UFC lightweight division. Spoiler: Sudo was preternaturally good at both, too; fighting AND making music.

Context like this is important because it’s against this backdrop of pageantry, blood, and grit that ONE Championship is holding a double-header event in Tokyo on Oct 13, Sunday, at the Ryogoku Kokugikan Arena.

What that means is that it’s an all-day affair, billed as two parts of one single festival-like event, with 22 fights. If that boggles and astounds at the same time, then don’t worry, but rather be assured that you’re still of sound mind.

Even for fight fans, watching fights for three to four hours is already an exhausting experience. But an event that lasts from 9AM until 11pm, with the option to only watch Part 1 or Part 2, rises to the level of something that resembles an MMA Burning Man.

Part 1 starts at 9AM (Tokyo time) and is headlined by a champion versus champion women’s MMA bout where Singaporean superstar and atomweight champion “Unstoppable” Angela Lee defends her title against the reigning strawweight champion “The Panda” Xiong Jing Nan of China, who’s jumping up a weight class to take on Lee.

This monstrosity is titled “ONE: Century”, and also features two more world championship bouts (two of them featuring Filipino fighters), plus the finale of three on-going World Grand Prix finals.

But that’s not all, true to its carnivalesque theme, a recent partnership cemented between ONE Championship’s executives and both Shooto and Pancrase promotions have birthed the “Japan Super Bouts.” These fights are basically crossover battles between the two Japanese MMA promotions and are featured on the prelims of Part Two, billed as a “never before seen” match-up where Shooto champs will fight Pancrase champs.

In case you weren’t satisfied with the tall names of Asian MMA and international warriors are more your jam, former UFC flyweight GOAT (that’s Greatest of All Time) Demetrious “Mighty Mouse” Johnson is on this card along with Muay Thai superstar Rodtang “Iron Man” Jitmuangon featured in his own title defense.

With such star power, this MMA fest is geared not only to the hardcore fight fans (who’ll go see it or tune in to watch because all of the organization’s big fighters are on this damn card) but to the filthy casuals who might just pass on their fervor and influence their even more mildly interested friends, family, girlfriends or significant others, and watch what’s being marketed as “the single greatest world championship martial arts event in the last 100 years.” That last one isn’t a joke, by the way; it’s the promotion’s landmark 100th event, hence “Century.”

Previewing the whole fight card will take a tremendous amount of online space, but there are specific bouts that are of particular interest.

Kingad is an Igorot-native training out of Baguio City’s Team Lakay while the USA’s Johnson is considered one of the pound-for-pound greats who ruled the UFC’s flyweight division for years. If Kingad can defeat (and that’s a big damn “if”) Johnson, this will be the David-defeats-Goliath moment of Asian, not to mention Filipino, MMA. It’ll be even more miraculous than the Cinderella story of Matt Serra defeating Georges St. Pierre to become the UFC welterweight champ way back in 2007.

Okay, who are we kidding? “Mighty Mouse” Johnson will likely win this one, but hey, what if, what if?!

This is the first time a fourth championship rematch has come to fruition in the organization’s history (and maybe ever, anywhere). The last time these two met the match came to a premature end when Belingon (another Igorot fighter from Team Lakay), the reigning champ back then, landed some illegal elbows. This meant a disqualification and an auto-win for his Brazilian rival. Because CEO Chatri Sityodtong ordered a quick rematch, this fight already has the most shade of high drama, especially for Filipino MMA fans.

If there’s anything that the recent win of new UFC strawweight champ Zhang Weili has taught us, it’s to never underestimate the power and conditioning of Chinese women fighters. I think the long and opulent reign of Singaporean MMA darling Angela Lee (as close to an Asian Ronda Rousey as we’ll likely get) is well and truly up, and that such destruction will be a sight to behold at the hands of “The Panda.”

As a fan of Japanese MMA I am also interested in what might come out of the dream match between Koshi “Luxor” Matsumoto vs Takasuke Kume, who have both proven themselves adepts of the regional circuit with an almost identical record. Also something that would likely never have happened if ONE Championship hadn’t stepped in.

Meantime, the event has already suffered last minute shuffles due to injuries. Like Eddie Alvarez, a former UFC champion and recent acquisition for ONE Championship, needing to pull out of the lightweight tournament and replaced by Christian Lee—who also happens to be atomweight champ Angela Lee’s brother. Go figure.

While promoter hype and exaggerations are not uncommon in MMA, ONE Championship’s CEO Chatri Trisiripisal “Sityodtong” (of Thai and Japanese descent, and himself a retired Muay Thai fighter with over 30 fights) has pulled out his usual tool kit of exegetes and propaganda, the latest being “This event promises non-stop action for all the fans in Tokyo and around the world!” And, you know, just this once he might be right.

That’s even in the face of media investigations into both the UFC and ONE, comparing their actual finances against their claims, which seem to indicate that they’re a promotion whose revenue and valuation don’t quite match with the bold claims of being on parity with the UFC and that organization’s billion dollar valuations. So even if one MMA event is already a bitch to put on, not just in terms of moving parts but also as a pain in the wallet, holding two events within a single day is indeed an ambitious and unprecedented project.

There’s a fair bit of balls, a whole lot of spectacle, and the promise of plenty of blood—not to mention the necessity for fortitude that watching both parts of “Century” will entail for both the hardcore and the filthy casuals to Asian MMA.

Despite the long-running time and the sheer number of fights, or perhaps because of them, you’ll likely find me exhausted the night of October 13, having shaved off quite a few years off my fight analyst career. This might be the shining moment the fight community has been waiting for, it might be a glorious catastrophe, or just a silly exercise in indulgent theatrics the way a 10-minute jazz guitar solo is both bombast and farcical.

Because after all that, the doubt and the necessary skepticism, I’ll still be hoping “Century” is the high watermark of modern Asian MMA that we’re waiting for, a watershed moment for new converts, and a validation for true believers of cagefighting.

One Championship “Century” can be streamed live and for free on the ONE app and on YouTube.