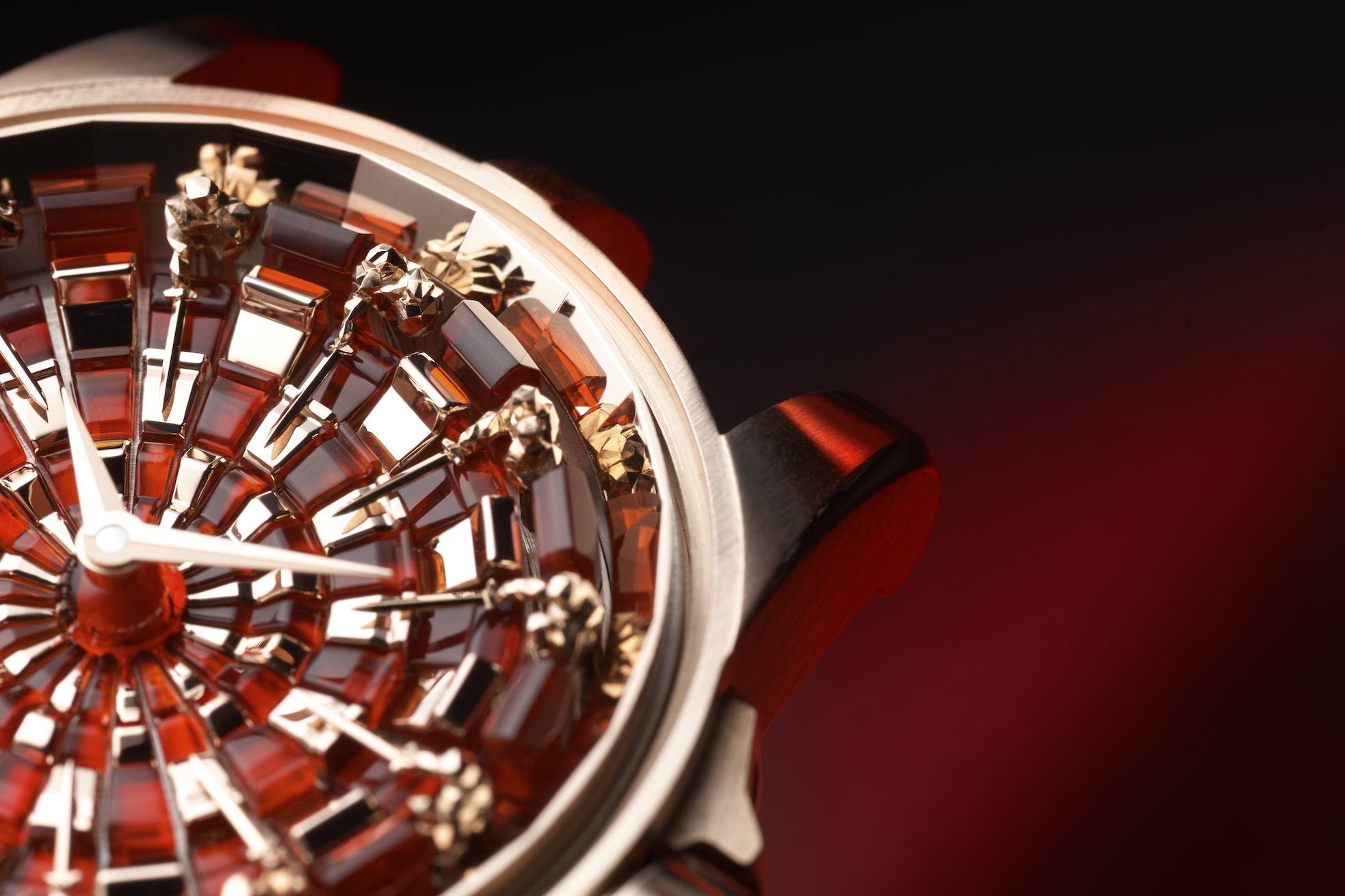 The Roger Dubuis Excalibur Knights of the Round Table IV pays tribute to the legend of King Arthur again. This time, in polygonal art.

The legend of King Arthur and his knights has been told and retold across the centuries. And why wouldn’t it be? Stories about knights and nobles galloping around on horseback, looking for villains to slay and evils to right: it’s practically mythical. And well, it might be, since no one can be certain if the man (or his knights) truly did exist. Still, the once and future king of Britain has been the subject of multiple books, films, and toys. And now, multiple watches as well.

When the first version of the Excalibur Knights of the Round Table came out in 2013, it was a curious model, especially for Roger Dubuis. Based on a tabletop that was commissioned by King Henry XVIII in the 16th century, it was a special edition of their Excalibur collection.

At the time, it seemed a little out of place. The Excalibur collection mostly had skeletonized watches, tourbillions, and chronographs in thoroughly modern designs. And while the range takes its name from King Arthur’s fabled sword, it never actually drew its design directly from the Arthurian legend before. Still, the Knights of the Round Table watch has since become something of a novelty for them over the years, and this new edition is the fourth one to have come out of their workshops.

The new Knights of the Round Table model seems even more curious than the first. Primarily, because Roger Dubuis decided to go with a polygonal style as a theme. The first version depicted Henry XVIII’s table faithfully, while the new one uses carved red enamel and pink gold blocks to create a more elaborate design.

Just to give you an idea of how much of a jump this is, here’s the first version:

In any case, all twelve knights are still present, each one serving as a marker for the hours. Cast and hand-finished in gold, Roger Dubuis used a low-poly style to sculpt them—a technique that uses a small amount of polygons to Form an image. According to them, this gives a contemporary interpretation to a traditional concept. The first version used sculpted knights as well, though in a more classical manner.

The Knights of the Round Table IV is powered by calibre RD821, which shows you the hours and minutes. Any more and it would seem over the top. More than a watch which already has 12 knights on the dial would, anyway. The movement is hand-finished and the watch itself is certified by the Poinçon de Genève: a standard developed in 1886 attesting to the high degree of craftsmanship in a watch.

It’s certainly a work of art, but whether this is art that collectors (and enthusiasts of the Arthurian legend) will appreciate remains to be seen. Only 28 of the Knights of the Round Table IV will ever exist, and that’s going to make it very rare. Almost as rare as historical evidence of the legend itself.