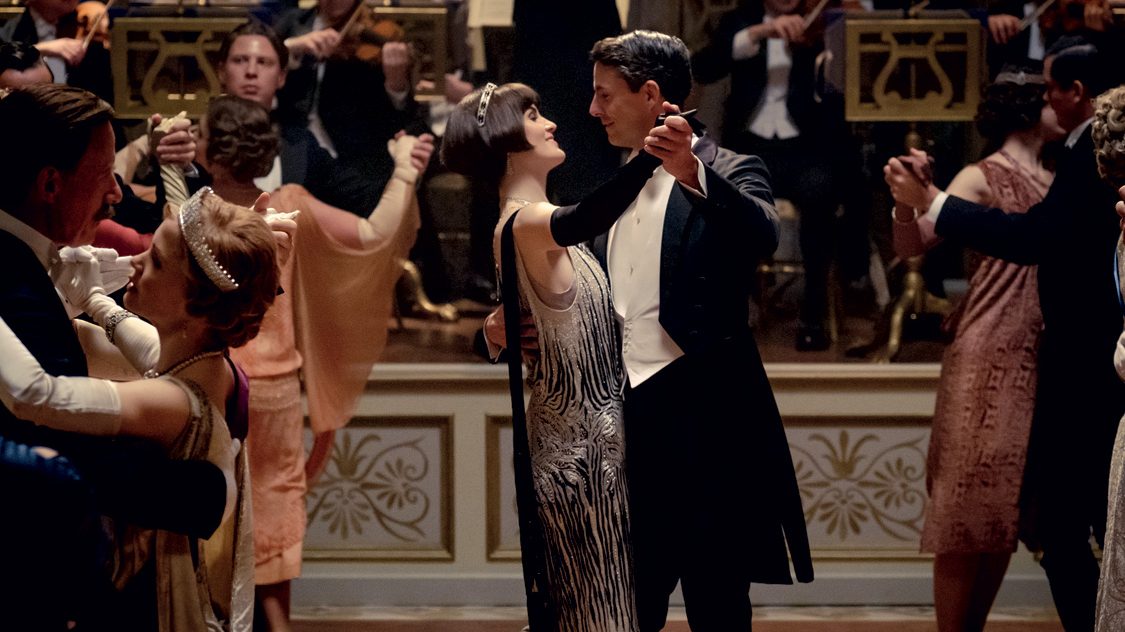 Sabrina Schnabel is a comedian and a historian. She hosts…

Warning: Some spoilers for Downton Abbey, but nothing too integral to the plot.

When I talk about the feminism of Downton Abbey, most fans of the show (casuals and die-hards alike) think that I am referring to rebel icon Sybil Crawley. Remember that time she wore pants to dinner? Scandal!

But Downton Abbey as a whole is an incredibly feminist show. Not only is there an abundance of female characters, shown during a time when we think of men as the major players, but it also shows these females with dimension, agency, strength and weakness. We are shown women of high status, low status, and everything in between. They are fully thought-out characters, and there are many of them.

At the very beginning of Downton Abbey, we are introduced to the Crawley Family, landed aristos who live in a gorgeous castle, and the servants who make that castle go. We are shown the inner workings of The Great House, played to perfection by Highclare Castle. The first storylines seem common to shows of this type: Mary’s intended fiance has died! The House and Title must pass to a vulgar cousin! Maggie Smith is a BAMF! But very quickly the angle shifts.

The story isn’t about just about who Mary marries, it’s about her mother and her grandmother scheming to overthrow the entail, and it’s about her own machinations to land herself the husband she wants. All the while, the show follows other women of time: Gwen, a lowly housemaid dares to dream of having a job outside Service. Mrs. Patmore, the cook, struggles with age and blindness. A rivalry between two grand dames (Harry Potter’s Prof. McGonagall vs. Dr. Who’s PM Harriet Jones) sparks in their quiet English village.

It’s a bit frustrating to think of storylines involving older women, or middle-aged women as radical, but this was pre the #MeToo movement. Downton Abbey was a phenomenon long before Hollywood was finally embracing the idea that women are people. But notice how each of those story lines has a conflict that is not “Who will I marry?” or “How can I beat that cow down the aisle with the better husband?” The show even punishes Mary for thinking like that.

The War on the Homefront

By the end of Season 1, we’ve almost forgotten what year it is. World War I creeps up on you little by little, and by Season 2 you are in the trenches. This is when Downton Abbey really picks up. We follow this family from 1912 all the way through the 1920s, watching society revolve and change around this Great House. Like many other aristocratic families, The Crawleys opened  Downton Abbey to soldiers during the war, and we get a glimpse of how WWI affected the people far away from the front. We see how every person (and house) did their part for the war effort.

And after the war, during the rationing and recovery years, we watch the family deal with the aftermath. When deference gives way to egalitarianism, we see how the elders of the house cling to their old ways. Each character has their moments of bigotry, as well as open mindedness. Lord Grantham is surprisingly accepting of homosexuality, but finds interclass relationships intolerable. Edith can be a cosmopolitan career woman and still be uncomfortable with black people. Anna can be pure and sweet and gracious, and also offer to live in sin with Mr. Bates. The dimensions of the characters keep them feeling real despite their twisty, delicious plotlines. I like to think of the show as a novel: we get the details of each of the characters as they go through their lives. Both the glamorous lives of the Ladies Upstairs and the day-to-day lives of the people Downstairs are given equal screen time and therefore, equal importance.

Here’s a radical feminism moment that should really be routine by now: There are so many women in so many walks of life. Not just the virgin, the mother, and the crone. The women of Downton Abbey range from teenage scullery maid, Daisy, through to young adults Lady Mary, Lady Edith, Lady Rose, and Lady Sybil, as well as the housemaids Anna, Gwen, and Ethel. There’s middle-aged Cora and Lady Rosamund, and then the grande dames: Isobel, Mrs. Hughes, Mrs. Patmore, and The Dowager Countess Violet “BAMF” Crawley. It’s important to list them, because I cannot help but be so ecstatic to see women who want to marry, women who want to work, women who love to work, women who do not work, practical marriages rather than romantic ones, or partnerships that become romantic over time. There is strength in variety.

Chimamanda Adichie, in her TED Talk, warned against the single story. How it can limit women and narrow the definition of what makes a woman, but on Downton Abbey the women define themselves. Their husbands and suitors revolve around them like moons around planets not the other way around. And it’s a refreshing perspective, because it’s clear that the people who made Downton Abbey had their audience in mind. This brings me to the true radicalism of Downton Abbey: It is a show about women, geared toward women, and it is given the same attention to detail, the same importance as any war movie geared towards men.

He For She: Sir Julian Fellows, Feminist Icon

I am a historian: I love pointing out historical inaccuracies, I watch YouTube shows that like to pick apart historical inaccuracies. And petticoat dramas are normally awash with these sorts of things. From historical slang to hemlines, costumes and props and storylines, there are always concessions to be made, historical context bows to economics. Normally dramas like this one have to cut corners.

Downton Abbey sticks out here as the exception. The care put into every scene is palpable. Normally shows try and fudge dates to distract persnickety know-it-alls like me, but Downton Abbey dates episodes, it shows us context. It takes it time to establish its time period and they shoot it in an actual Great House. It’s a remarkable amount of effort for an audience Hollywood likes to belittle. (We all scoff at Twilight despite its phenomenon status. And maybe it’s time we face the fact that one reason we ridicule it because it’s made by women for women.) Instead of trivializing it as a “girly show,” Downton Abbey is shot on locatio and costs more than a $1 million an episode. And that effort has been rewarded by 9.9 million viewers tuning in–that’s comparable to Mad Men and Breaking Bad. It’s deliciously soapy, but it’s produced like prestige TV, and that has made such a difference.

In the end, we can’t deny the Downton Abbey phenomenon. Heaps of articles have been written about it, and even the Queen watches it–apparently, she likes to nitpick her way through the anachronisms just like the rest of us. But the real gift that Downton Abbey has given us is this jewelbox of a show, with characters that are compelling and sympathetic but also conniving in the best ways. It makes you laugh and cry, and it does that in picture-perfect settings with well thought-out costumes and period-accurate props. It shows you the lives of lots of people from it’s time period, it doesn’t just follow the Great and the Good™ but also the servants’ lives, the lives of the middle-class British, and how they felt about their world. It’s a show that has strong female characters, but more importantly: silly female characters, dumb female characters, evil female characters, bitchy ones, weak ones, smart ones, noble ones, and they do it knowing that women are watching and taking notes–so they do it right. Give this show a chance and watch it again: the feminism will surprise and delight you like a one-two punch of an evil gay duke and a dead turk in Mary’s bed. Binge it now before the movie comes out. Make time for it on the weekend–if you even know what that is anymore.

Sabrina Schnabel is a comedian and a historian. She hosts a podcast about history called Whats AP and is a proud member of the Slytherin House.

By the Glass: Johnnie Walker sings of ice and fire

Ferragamo is heading to the Venice Film Festival