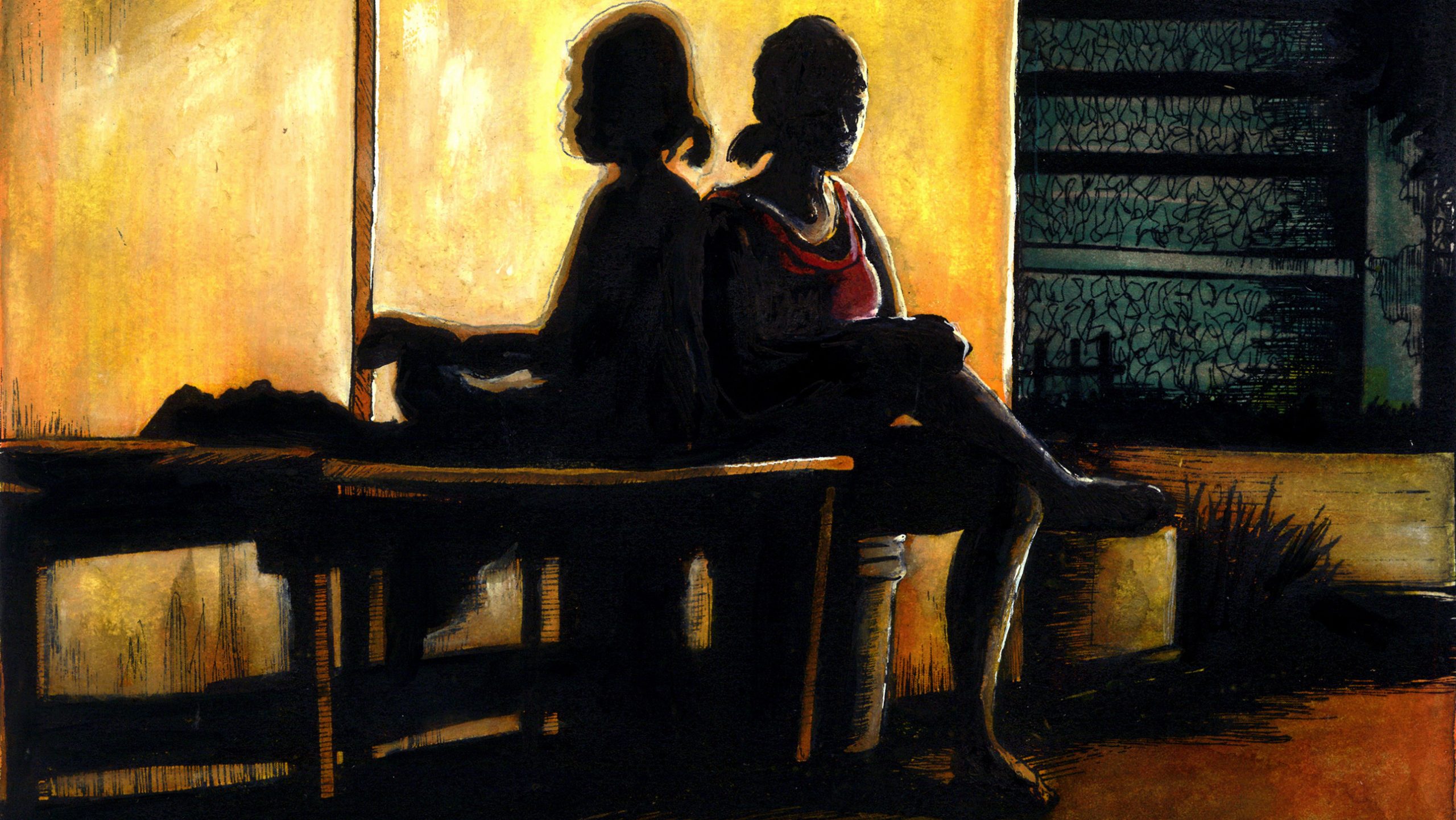 Marius Black has turned a traditional Japanese woodblock technique into a modern Filipino form of storytelling.

More than any other aspect of life, it is in art where merges and crossovers between cultures happen. And some of the most beautiful artistic crossovers come from the hands of Marius Black.

Also known in the independent komiks (Filipino comics) world as half of Kuro Saku—the other half being the equally talented artist and writer, Guadix—Marius has turned a traditional Japanese woodblock technique into a modern Filipino form of storytelling.

For some artists, the point of art is to document moments and to make even the mundane beautiful and memorable. Ukiyo-e, literally “pictures of the floating world”, was used in such a way. These images, captured using woodblock printing, have given us a glimpse of life in Japan, filtered through the eyes of artists such as Katsushika Hokusai, Utagawa Hiroshige, Utagawa Kunisada, and Utagawa Kuniyoshi.

It was through this movement that artwork became more accessible to most people, and the style itself inspired and influenced artists across the world to experiment with Japanese aesthetics.

When the topic of purchasing works of art is brought up, the average person immediately considers the expense. Art is, after all, generally something that is purchased almost entirely for its aesthetic quality, function being optional or a very pleasant bonus.

To bridge this gap, Marius took his cue from ukiyo-e artists and decided to recreate the style with a contemporary twist.

“I don’t know how to do woodblock. My skill in carving wood is next to zero, and I also don’t have the budget to buy woodblocks,” he says. So he went for the closest approximation that most artists, even households, would have: a computer and a printer. And, since he and Guadix self-publish their own manga, the leap towards creating art prints came as easily to him as the desire to share his work with more people.

In a similar fashion to ukiyo-e, he starts by creating the original line art by hand. Once he has created the outline, he scans then prints the piece on watercolour paper. From there, he paints each piece, keeping each work of art unique and valuable. The advantage of this process is very similar to the woodblock technique, in that he retains the original composition and is able to easily reproduce his work. And because he doesn’t lose ownership of the original work, buyers are able to possess an original Marius Black ukiyo-e artwork at a lower cost.

Unlike the Japanese artists, however, and Ukiyo-e Heroes artists Jed Henry and David Bull, his work showcases scenes from daily life typically seen by those who travel around the metro, be it on foot or while riding the myriad of transportation options.

Each of Marius’s pieces are based on his original photographs. The most captivating thing about his framing is that not only do they float right off the page, but they also engage the viewer in such a way that it feels as if you are directly viewing the scene yourself.

“I’ve been drawn to people ever since college, painting them without skin.”

His surrealist Masochisms series, depicting skinless humans, was his way of expressing the pain and suffering humans go through while continuing to present them as beings of beauty. It invites viewers to recognise that, underneath the skin, we are all beautiful creations, even though we might forget it every now and then in the face of the challenges we encounter regularly. His Manila ukiyo-e, on the other hand, became a depiction of people as they were.

“People just being people, because that’s enough to be appreciated.”

For the most part, he stays true to the original colours as captured in the pictures he shoots, only altering them to make them more vivid when he feels the piece could use a little more life. When he does change them, it’s often to capture the scene the way he visualizes it in his head, expressing how the scenes make him feel personally, choosing to have his work invoke a look at the brighter side of life. His imagery, sometimes showing scenes typically perceived to be sad or gloomy for the lack of material comforts, springs right off the page, brimming with light and hope.

Interestingly, when he does get the chance to speak with the subjects of his work, their circumstances occasionally reflect the same sentiments.

As a writer himself, the stories that accompany his artwork are all fictional, based on how he perceives the people he has captured. It is, perhaps, the second most captivating thing about his work, that he provides a story for the viewer to contemplate while admiring his visual artistry. One man he talked to is featured in the piece entitled “Mando”.

He saw Mando as he was asking for alms by the side of the road. Mando had lost his leg in an accident, when the glass window from a bus fell on him. Though he’d received first aid, he was unable to get full guidance from the attending doctor on how to manage the wound, and his leg had to be amputated. Despite this, he retained an upbeat attitude and their conversation ended on a high note. They agreed, “We’re still here so we shouldn’t give up the fight.”

Beyond crafting a story, however, Marius captures moments that speak to him as they unfold.

“The shot I take already tells a story of its own, most of the time. What I do in writing it down is I uncover the story it tells, [but] from my perspective.”

Despite being entirely fictional, the stories he crafts resonate loudly with his audience because of the sensitivity and respect he gives each of his subjects. His stories are earnest, heartfelt reflections on the struggles we all face as human beings.

His imagery, sometimes showing scenes typically perceived to be sad or gloomy for the lack of material comforts, springs right off the page, brimming with light and hope.

At the Heart of the Art

Art is heavily subjective, but one thing that holds true for all types and forms of art is that they are a representation of reality. The reality may be shown as exaggerated or surreal but when it delves into presenting life as we see it, artists are pushed to dig deep and give their work a little something extra.

This, perhaps, is what puts Marius Black’s brand of ukiyo-e in a class of its own. He doesn’t simply capture these slices of life and put them on paper. Each colour and brush stroke brings out details in the painting that draw the viewer into his floating world, his words adding even more dimension once he reveals the story he sees behind each moment.

The words uki and yo mean sadness and life, reflecting the idea of how we are all transient beings, moving through the cycle from birth to death and, for some, rebirth. Manila Ukiyo-E adds to this transience by capturing not just transient beauty but also the heart and soul of life as we know it.