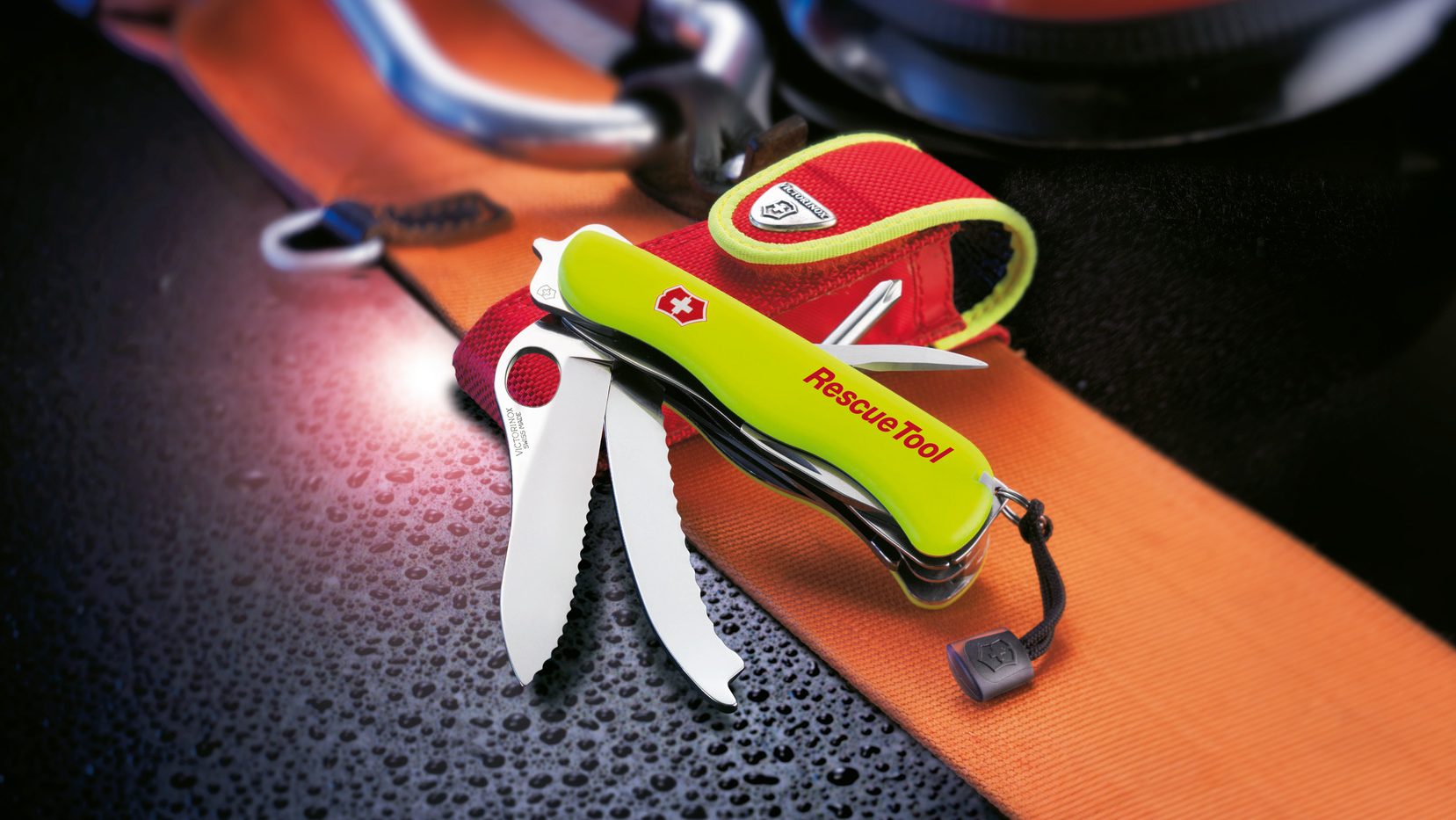 Victorinox is the only name in Swiss knives, really.

Whether you’re in the jungles of Subic or the urban jungle, you want to be prepared for anything. Floods, fire, a wardrobe emergency, a bottle of wine that needs opening. A truly modern man would be armed for any and all of these situations.

We asked Jour Dan M. Galvadores of Grimalkin Corporation what tool he would recommend for the man who’s ready for anything, and he said, “Well, pick up any Victorinox knife and you can face anything.” We shouldn’t have been surprised.

Founded in 1884 by Karl Elsener, Victorinox has always been the most prominent name in Swiss knives. It was in 1891 when he delivered the first major supply of soldier’s knives to the Swiss Army, and in 1897 the original Swiss Officer’s and Sports  was patented.

Today, the name Victorinox is practically synonymous with the Swiss Army Knife. And really, you could pick any knife in their stores, and you can survive any jungle. But of course, you’re going to want more than one knife.

We have to admit, we have a few favorites.

Founded in 1884 by Karl Elsener, Victorinox has always been the most prominent name in Swiss knives.

You could pick any knife, and you can survive any jungle.

When you hear the words Swiss Army Knife, you probably think of the legendary Officer’s knife. Think of this as the next generation of that knife, now with scissors and a wood saw. You know, so you can cut through wood and build a fire to survive the night.

There’s a can opener too, for your emergency rations. (You know, in case you don’t feel like hunting.) And a bottle opener, so you can reward yourself with a nice, cold beer.

To be honest, we feel like all Victorinox knives are beautiful, but there’s something about the walnut wood that looks elegant. A recipient of the Red Dot Award: Product Design 2015, this knife comes with 10 functions, including a large lock blade and a corkscrew. Whether you’re in the woods or a cocktail party, this should serve you adequately.

In case of emergency: Rescue Tool

What was it we said? Floods, fire? With climate change looming, all sorts of emergencies and disasters are possible at any time. If you’re the type to rush into danger to save a damsel–or a puppy–then you’ll want to keep this on hand. The Rescue Tool is equipped to break windows or cut seatbelts. In case of shatterproof glass, it comes with a disc saw too. Even better, this tool is specially designed to work equally well for both left- and right-handed users.

Okay, not gonna lie, we want to get them all.