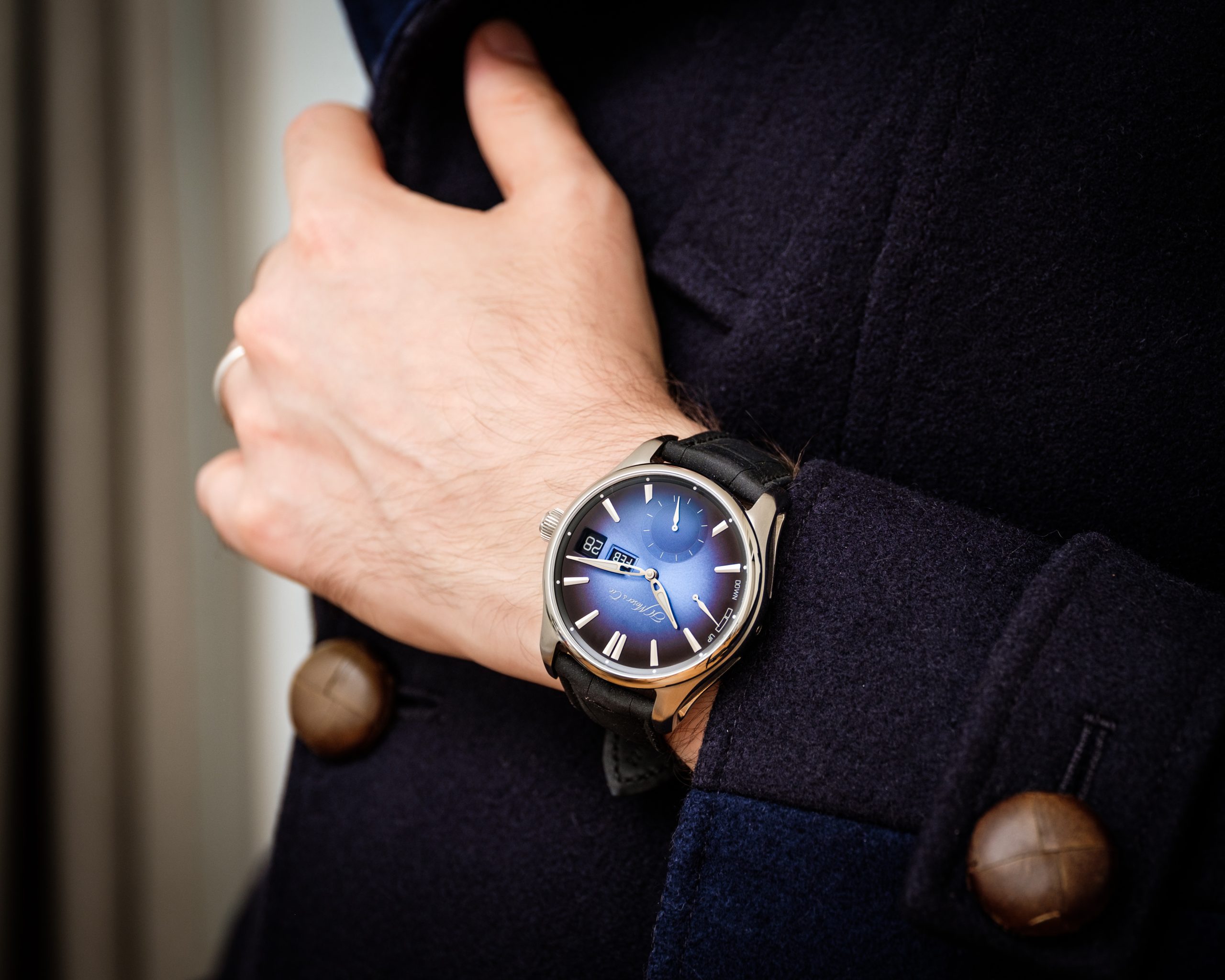 Toward the end of September, fall is going to be in full swing, and traveling during the season means breaking out the scarves and the sweaters, the overcoats and the leather jackets. Naturally, you’ll want to wear something to match on your wrist.

Watches don’t really follow the seasonal release schedule the same way fashion does, relying more on classic or unique designs that will remain wearable regardless of the year or time. Still, there’s no lack of style to be found in the watchmaking world, and some pieces are particularly suited to the coming autumn.

Toned-down colors, neutrals, and geometric patterns are going to be on this year’s style palette, and while it’s easy enough to match those with watches, we’re looking for pieces that set a certain mood. Because more than anything, style is a mood, a feeling, an approach. Here are some of 2019’s best releases that can help you get into the thick of autumn.

This is probably one of the most cleanly presented layouts for a perpetual calendar.  The watch displays the date, the month, and the time, opting for a minimalist look. And sure, your run-of the-mill watch can do that, too, but a perpetual calendar automatically adjusts to the different number of days per month, including leap years. The information is “coded” into the gears and cams, which takes a nifty bit of engineering to produce.

Aside from being a technical marvel, the watch just looks fantastic in the blue fumé dial, which uses color gradation to create a subtle sunburst effect. Pair it with neutral tweeds or raw denim and you’re good to go.

Aside from the iconic Golden Bridge, one of Corum’s pillars is the Admiral: a collection of nautical-inclined watches that debuted in 1960. This year, the Admiral got a facelift that makes it decidedly more sophisticated.

The signature case remains the same, though the new, more angular 12-sided bezel seems to make it more of an urban timepiece than a nautical one. The pattern on the dial can play off of the season’s popular geometric prints, though the conservative black-white-and-steel scheme will also go well with just a simple black overcoat. As a bonus, you can time stuff with the chronograph as well, giving you something to play with while on an afternoon stroll or while killing time on a park bench.

The Big Bang is undoubtedly Hublot’s most recognizable timepiece, and while the Sang Bleu is using its DNA, this particualr design is pushing things a little outside the envelope.

The watch channels the skills of world-renowned Swiss tattoo artist, Maxime Plescia-Büchi, using chiseled lines on the case and a geometric pattern across the design. This brings his ink work into a three-dimensional space and gives it a tactile element. And while the watch also comes in gold, it’s the more somber titanium case that’s suited for the season. If you’re not sold on wearing geometric patterns on your clothing, you can instead wear them on your wrist.

Fall is usually a time for heavier, darker clothing, and while the Excalibur Spider Carbon3  looks the part, the watch weighs in at a hair over 80 grams. Most of it is constructed with a multi-layer carbon, accounting for the weight (or lack of it). The mesh-like structure at the case back also gives it a feeling of openness, while the skeleton flying tourbillon gives it a sense of mechanical weight. So, despite being light on the material end, the technical construction remains highly complex.

And no mistake, this thing as durable as they come, making it a good choice for exploring the autumn streets at night. It’s versatile enough that you can wear it with street-inclined clothing or dress it up a little with a wool blazer and a waistcoat.

This piece takes the cake when it comes to setting the evening mood. The Master Grande Tradition Tourbillon Céleste draws its inspiration from the Northern Hemisphere’s night sky. It displays the constellations on the dial, as well as their corresponding symbols on the outer ring. But the main feature here is the orbital tourbillon, which which makes a complete turn of the dial over 23 hours, 56 minutes and 4 seconds: the length of a sidereal day. While you can certainly wear this outdoors, perhaps the best use for it is when you’re stuck indoors on a rainy evening, with the stars on your wrist as company. This isn’t a watch that will pair with anything, though, so it’s likely you’ll have to break out a navy hopsack jacket or a brown-hued herringbone coat to match it.