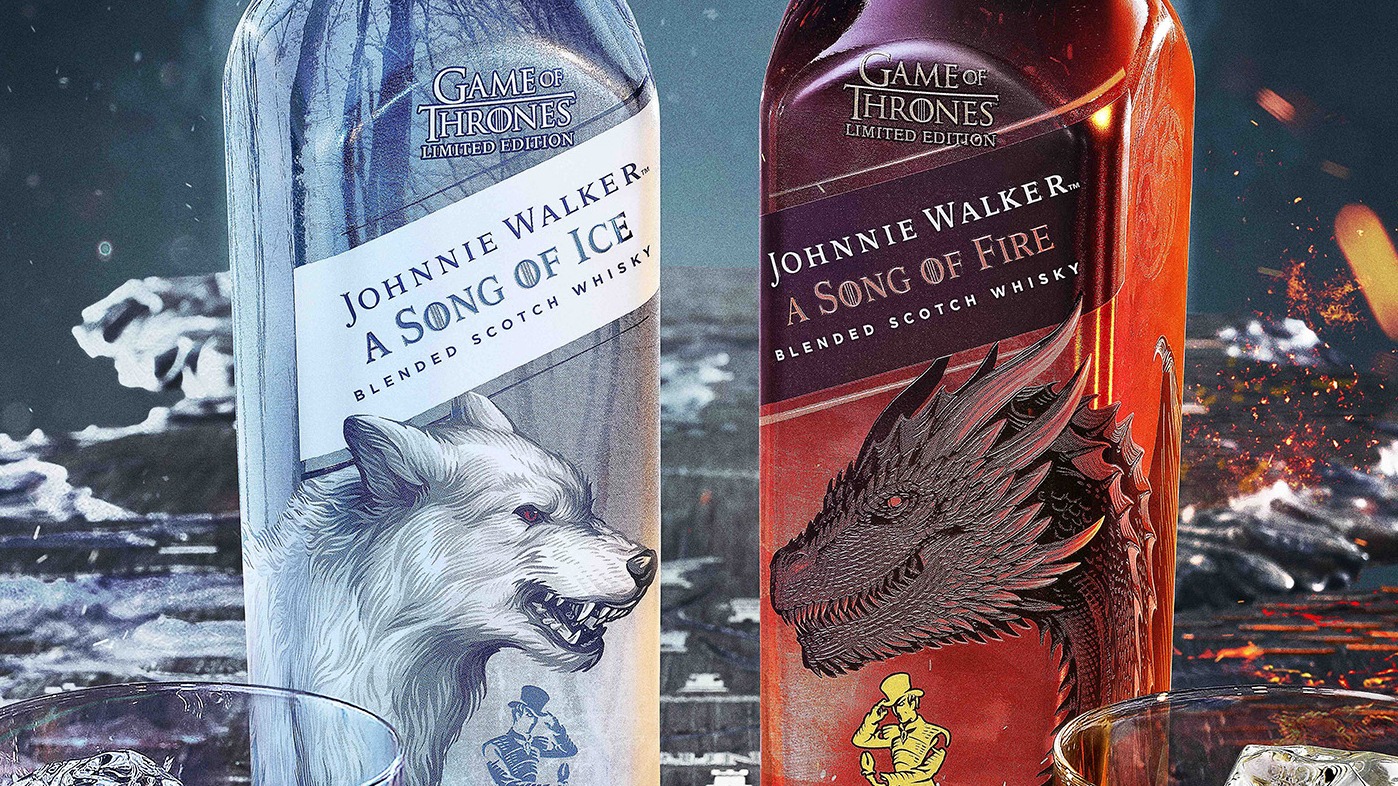 Just because Game of Thrones has concluded, it doesn’t mean that Johnnie Walker and HBO have similarly ended their fruitful collaboration. As the White Walker Limited Edition grows ever rarer, two new blends are rising to prominence.

You can now pay homage to Johnnie Walker A Song of Ice and Johnnie Walker A Song of Fire: tributes to House Stark and House Targaryen, with lush renderings of their avatars on the bottles. Not quite as gimmicky as their White Walker bottle that sported a “secret” message that would appear when the bottle was cold enough, but distinct enough to stand out in any bar—especially to a fan.

Of curious note is how the Striding Man, typically represented walking from left to right, is mirrored instead in the bottle design of A Song of Fire. It’s a nice touch, allowing both bottles to stand side by side and present an appropriate tableau.

The two blends are markedly different, given the opposing natures of what they represent. A Song of Ice, as Johnnie Walker describes, “features single malts from Clynelish, one of Scotland’s most northern distilleries, and exudes a crisp, clean taste like the unforgiving force of ice that shapes mountains and stops rivers.” The blend carries an ABV of 40.2%. In contrast, A Song of Fire is a touch stronger with an ABV of 40.8%. It is “rich and spicy,” they declare, “boasting flavors of subtle smoke from the peated malts of the Caol Ila distillery.”

If you’re an avid enough fan of both Game of Thrones and Johnnie Walker, these two bottles are a must-have to stand alongside your White Walker bottle from last year. Given their varied tastes, having all three in a single tasting session would be quite the journey.

And, naturally, you should have one of those blends neat and the other two on the rocks.