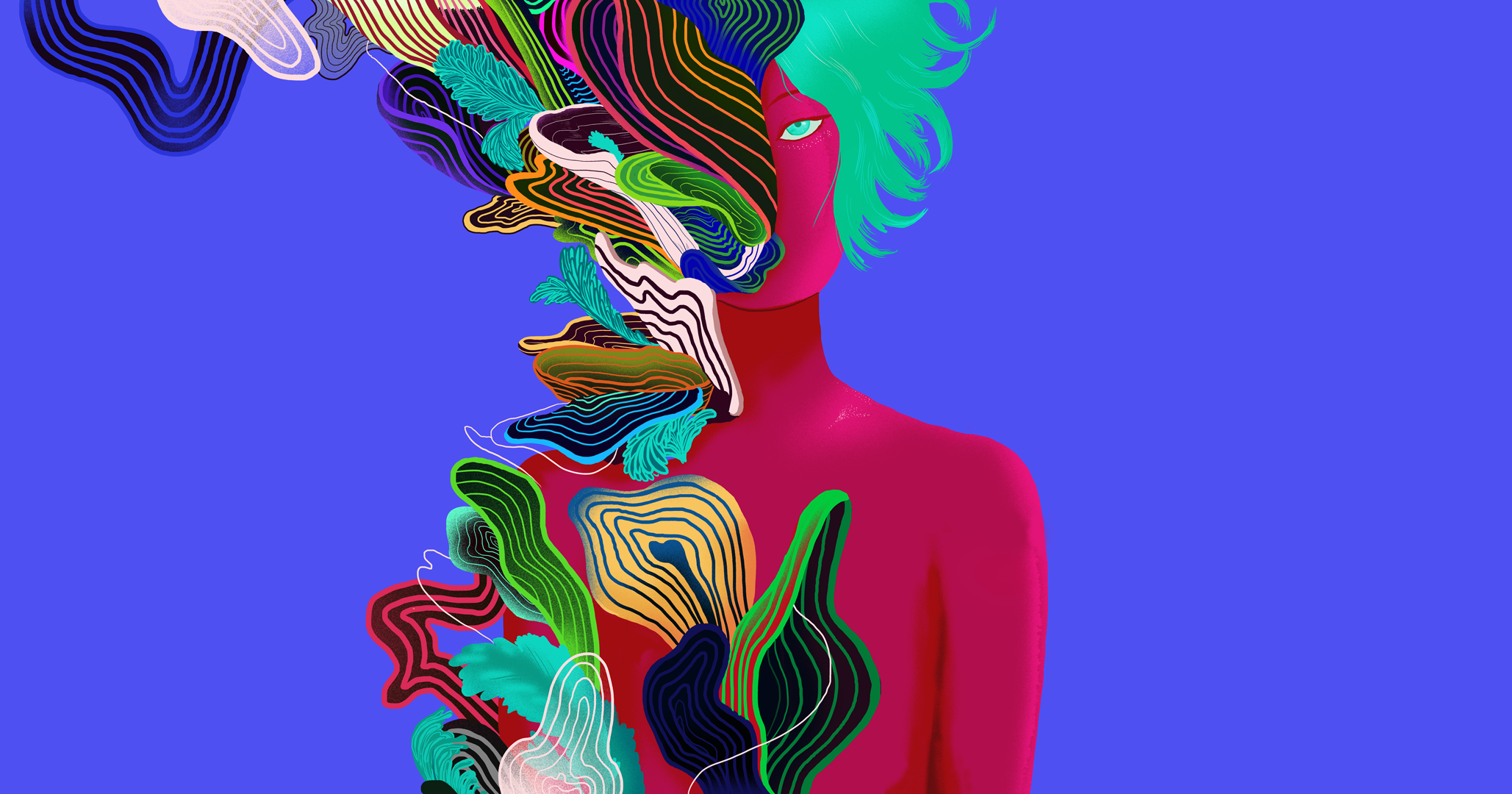 People ask inappropriate questions all the time. I answer as honestly as I can.

Another year has passed, and #Pride has come and gone. It’s funny, because #Pride and I never seem to complement each other in terms of scheduling. Something always comes up that prevents me from reeling in the festivities in the biggest way possible. And while some may sigh at a missed opportunity, I’m okay with it. It isn’t like being queer and Pride Month are mutually exclusive; the cisgender world, at large, just deemed it the most convenient time to deal with people like me.

That said, this is the first time I’m writing an article under my name. Not the one I was given at birth (like my sex), but the one that I chose because it resonates with the person underneath this layer of flesh and bone that spent the better part of three decades shaped by way too much testosterone.

People like to ask me inappropriate questions all the time. And since I’m a considerably inappropriate person, I answer these questions as honestly as I can. For me, there’s substance in context. And for the most part, the questions often come from people who want to be less ignorant about transgender issues. And while my answers do the job, I also know they’re limited to my experiences. Trans people are just like other people, in the sense that we all have specific likes and dislikes that make us unique as individuals.

So with that, let me break down the things I’ve learned since I made the decision to transition at the age of 29.

It’s as internal as it is external.

Whenever a transgender person makes the decision to begin their transition, most people assume that it’s completely physical. While changing the exterior of our human shell is part of the process, no one ever seems to talk about the decades of fear and internalized transphobia and homophobia we have to overcome.

I came out to myself at 22, and I purposely gave myself all the time in the world to decide whether I wanted to transition or not. And in the seven years I thought about it, there were so many things about myself and my relationship with the world that I had to unlearn, understand, and accept.

Take my sexuality, for example. When I started out, I totally identified as a lesbian. And while that defines so much of who I am, because of what I am and what I have, my sense of self on a completely sexual level has evolved beyond that. I’m probably pansexual, but that’s still up to me to define. And that wouldn’t happen unless I had come to terms with myself, my body, and the notion that sex is richer than imagined, even on an individual level.

Is it confusing? Very. But it’s worth it because whenever I figure something out about myself, I feel myself becoming more complete. And not a lot of people can say that about themselves.

While we’re on the topic of sex

People wonder how we have sex. How do we do it? Where do we do it? Does it make us straight? Does it make you gay?  Simply put: transgender sex is limitless! We’re not born with the parts we wish we had. Some have it corrected surgically, while others like myself make do and become adventurers in the pursuit of pleasure. We learn, through great trial and error, that there are so many ways to achieve an orgasm that we would have never learned if we had been born any other way.

Everyone has their preferences with regard to genders and genitals. And that’s awesome. Sexually-active transgender people are just more aware of the possibilities because so much of our own lives has been shaped by having to make do.

Coming out is more than what you expect.

I’ve been blessed with the fact that my coming out has been generally positive. Yeah, there’s the occasional jerk. And I do have some relatives, who, while accepting, are still trying to come to terms with my transition. Outside of that, I couldn’t ask for anything better. I’m accepted by my family, my friends, and my peers. People have been accommodating to me. So, I can honestly say that compared to other people, I have it good. I’m very much aware of my privilege.

But at the same time, there’s so much more to coming out than making a grand announcement. Coming out is a process, and it’s something that I have to do on a fairly regular basis. It’s one thing to come out to someone you know personally, but it’s a different thing to do it with people with whom you interact on a daily basis. I’m talking about the security guards in the building I work in, the cashier at McDonald’s who knows my regular order of a McMuffin and an iced coffee, or the vendor from whom I buy produce from in the market. They’re people I don’t really know, but I have some significant interaction with them on a fairly regular basis.

I don’t understand why it terrifies me. Maybe it’s the uncertainty. But it does. And I realize now that coming out, in general, really affects my relationship with the larger world around me. But that’s not really big, especially when you consider other things.

I do not want to think about how much money I have had to spend on my transition. Each time I do the math in my head, I just keep thinking about how much I had to change just to inch closer to the life I want. It’s crazy.

Take undergoing hormone replacement therapy. In order for me to do it safely, I need to see a licensed endocrinologist who works with transgender people. There aren’t a lot of doctors like that in Manila. The few qualified ones who do, are obviously expensive. I’m lucky that my insurance pays for my consultation, because that’s often about as far as it goes.

I was first put on a standard combination of estradiol and spironolactone. But in order to continue taking the medication, I needed to undergo regular blood tests to evaluate my estrogen and testosterone levels, along with my triglyceride count. And if that weren’t enough, I needed to undergo a psychological evaluation to ensure that the decision to medically transition was made by a clear and sober conscience.

Imagine all of those expenses, on top of the monthly costs for medication. And all the changes I’ve had to make in the clothes I wear or the make-up I use to hide my damn stubble. It’s not a joke. It’s a commitment to myself to live my best life.

I know what I’m “giving up”

I can confidently say that I won’t miss male privilege because it’s never benefited me once. But then again, that’s the thing with privilege, most people with privilege don’t know what they have until it’s gone.

When I say that I’ve never benefited from male privilege, I mean that. I grew up at a time when boys were a lot less woke and because of that, I’ve survived some of the worst examples of masculinity. I’ve been beaten up and ridiculed for being a “queer”. The effects were so bad that I couldn’t even dare to come terms with any of this until my early-mid twenties, and even then, I had to deal with the “expectations” people had of men.

This isn’t fair. For all the negativity I’ve seen, I’ve also experienced a lot of the positives. Boys can be caring, dorky, and endearing. I can say that I don’t mind giving up male privilege. But at the same time, I’ve only just come out of the closet. I have an idea, but I will never completely grasp the lifelong fear that women and queer men have to live with on a regular basis.

And maybe I’ll never know. But I’ve seen the worst of masculinity with my eyes and my body. Maybe having experienced that can be enough to protect me. Or maybe it’s just wishful thinking.

Transitioning is not easy. And there really is no end to it. It’s a life-long commitment to experience the world on my own terms. But I’ve always tried to be patient and understanding with the people around me, so I’ve been doing it slowly and very carefully.

As far as I’m concerned, transitioning is a two-way street: as much as I’m changing to live my life as authentically possible, I do know that I have do it at a pace that the people around me can adapt to. This can be incredibly frustrating, because to some, I’m killing off a version of myself that they know.

In reality, I’m still the same person. I’m still the geeky, left-learning, indie rock-loving, and girl-obsessed toy nerd that people have known for decades. The core staples of my identity will never change. I’m just living my most honest life.

As messy as it is, I wouldn’t change it even if I had a magic lamp with unlimited wishes! Being transgender is a beautiful thing. Our lives are dictated by the on-going struggle for authenticity at the face of what feels like irreversible certainty. It’s not easy, but that moment of complete euphoria we get from knowing ourselves after so many years is what makes it all worth it.