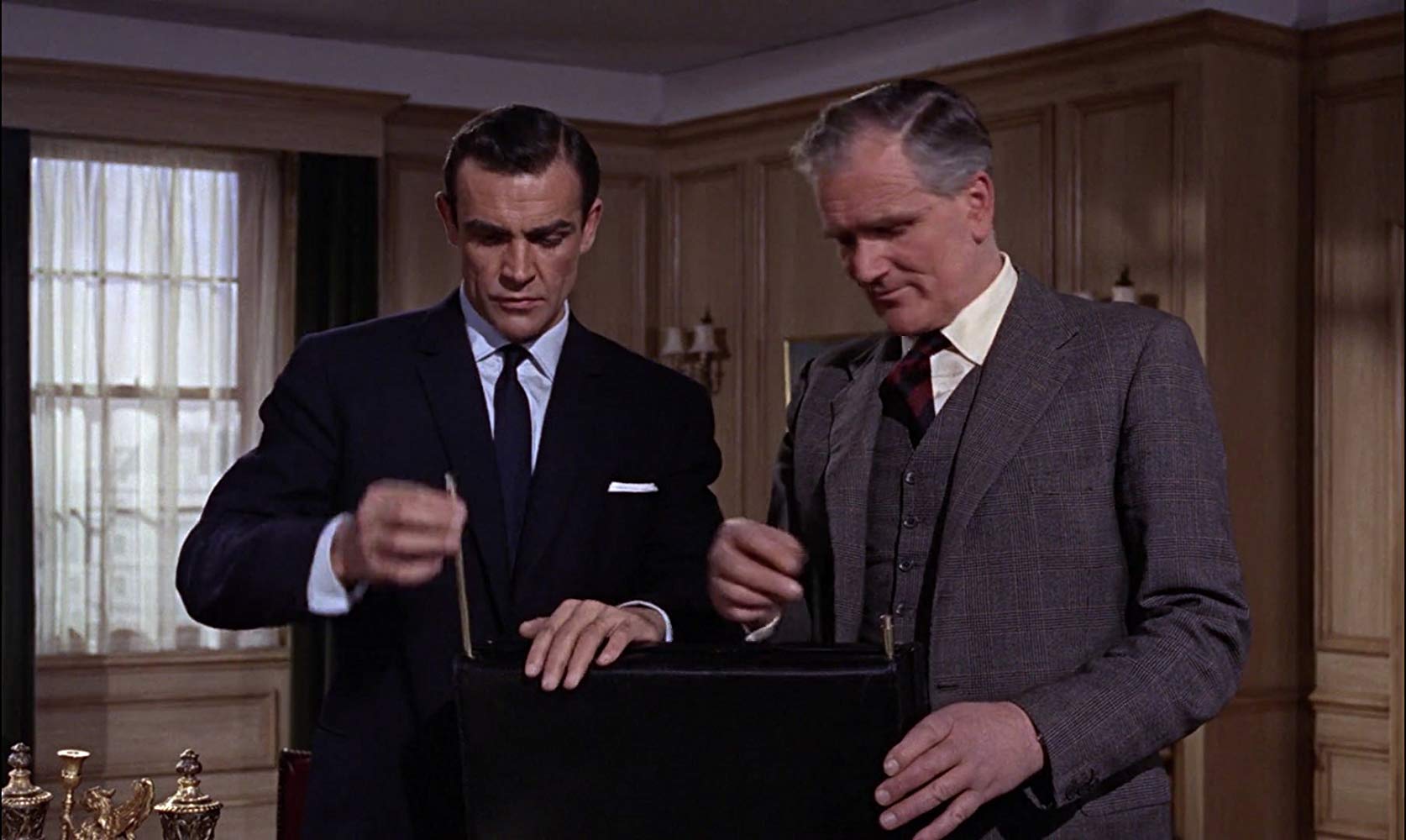 With James Bond set to grace the silver screen again very soon in No Time to Die, the 007 hype is building once more. What’s potentially more interesting than how Daniel Craig might say farewell to the franchise is a question that’s as much a part of Ian Fleming’s hero as the actors themselves have been:

What sorts of toys will Bond get to play with this time?

Here’s a rundown of some of the more memorable items from 007’s technological arsenal.

The briefcase – From Russia with Love

“Business trips” must have been troublesome affairs for double-0 agents back in the day. This briefcase came with plenty of features, although it was probably hard to hide the fact that it had a rifle stock sitting right there inside it, however cleverly its components were stored.

Special note: This was the first time that Desmond Llewelyn starred as Q!

More technically known as the Fulton surface-to-air recovery system, the Skyhook was a novel and effective emergency method to reacquire personnel in the 1950s and 1960s, especially in high-risk areas. While Thunderball wasn’t the only time the Skyhook was featured in popular media, it was the most prominent for a while.

Special note: The Fulton system most recently saw regular use in Metal Gear Solid V: The Phantom Pain, albeit in a more gamified fashion.

The Lotus Esprit submarine – The Spy Who Loved Me

It was a fancy car that could turn into a submarine. In the 1960s. What’s not to like?

Special note: Cannonball Run II had a catchall tribute to James Bond in the form of its Mitsubishi Starion:

The Ghetto Blaster – The Living Daylights

While Bond doesn’t actually use this himself, it’s a noteworthy look at how the Dalton era was willing to make use of occasional comedy to lighten the mood—even if it did serve as a racist cultural jab. Boom box, indeed.

Special note: Someone found the actual song that the Ghetto Blaster was playing in that scene:

Q Branch seemed particularly well-prepared for a variety of usage scenarios with this Vantage, down to the outrigger skids and tire spikes that would make the car well-suited to maneuvering on a frozen lake. Not to mention the ability to cut through ice if it so happened that your tires blew out.

Special note: While Aston Martin was a part of Bond’s life even before The Living Daylights, this film was the first appearance of a V8 Vantage in a Bond film. And it won’t be the last, as it’s reportedly going to be in No Time to Die.

This gadget was probably a stressful concern for anyone who fidgets with clickable pens.

If you’re in the very specific subset of people who love Bond vehicles, Forza Horizon, and Xbox (or perhaps a PC as well), take a gander at the Microsoft Game Studios tribute to the most noteworthy selection of vehicles this side of being fast and furious: