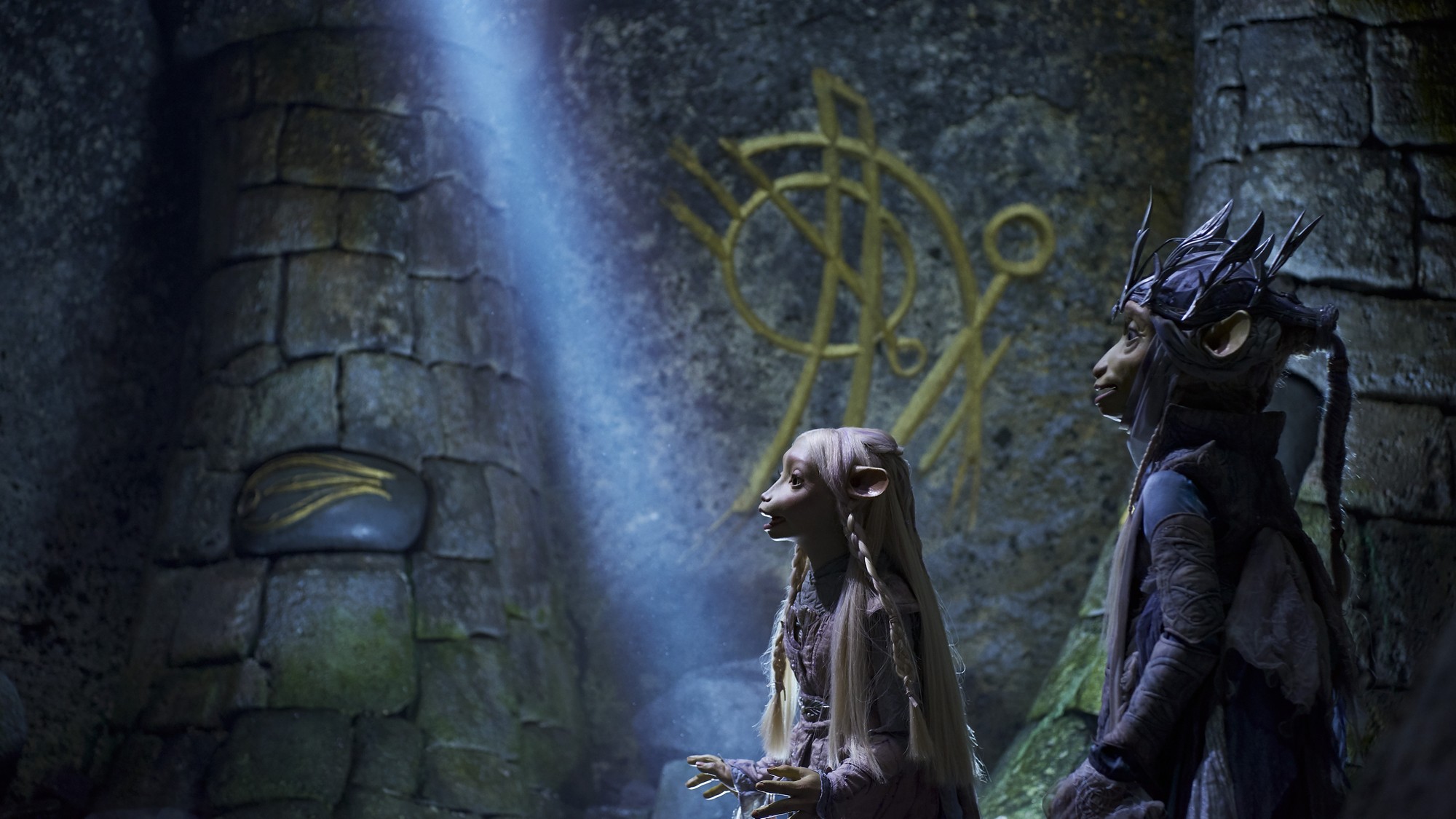 There’s only two weeks left before The Dark Crystal: Age of Resistance comes out on Netflix!

We took the opportunity to chat briefly with Louis Leterrier and Lisa Henson, the guiding lights of the production, to ask them about their experiences putting the prequel series together.

Responses have been edited for brevity.

How long was Age of Resistance on the drawing board?

Henson: We started around 2016, although Louis and I have been speaking about Dark Crystal since 2011. [Netflix] greenlit the series in early 2017. It’s a monumental project… probably the most ambitious puppet project ever done. That’s not an exaggeration: we can’t think of anything even close.

Leterrier: It’s one of those passion projects where everybody was working tirelessly. We loved it. We were inventing, optimizing. It’s very different on every level compared to anything I had done before.

What was it like working with the Froud family?

Henson: Brian Froud, and his wife Wendy—whom he met on the original Dark Crystal—they were our root connection to the original project. They were the creative DNA that ran through it.

Yes, I’m a Henson, but I didn’t do what Brian Froud did on the original film. What makes Dark Crystal what it is aesthetically is that he designs every single character, every single costume.

Brian has this incredible imagination, and he is not repeating himself. Even though we wanted many new characters, we wanted new skeksis, and we needed new gelfling, he kept bringing more originality to it all the time. And he’s a very surprising designer: you get continuity, but you get innovation and originality with him. It’s the perfect combination.

We also had his son on the show as the senior design supervisor, so he was translating Brian’s paintings into the physical: working with the creature shop to turn them into three dimensions with the sculpting and the puppet-building. That’s the role that Brian himself did on the original film, but he was very comfortable having his son, Toby Froud, do it.

What were the biggest challenges you had to face in terms of set design, such as with the library that’s in the first episode?

Leterrier: That’s where digital technology comes into play. Because of the camera movement, also the size of the set, and the scale, there’s plenty of restrictions and limitations. Height of set, position and the sound stage we had, et cetera. We just created as big a library as we could, and we put in as many books as we could.

Henson: The set decorators made probably ten thousand books or so.

Leterrier: Every day on the set, everyone was building books. But yes, thanks to digital technology, I was able to do these fluid shots up and down, and coming around with the set extension. That’s what I always had in mind, approaching the Dark Crystal with 2019 technology. Now we can do that. We start with the physical set and the puppets, and we enhance it, so we can get that impression that I always had when I was watching the original: how did they do this?! What’s real, what’s not? You never really know where real stops and digital begins.

Were you able to use the original assets of The Dark Crystal?

Henson: Nothing was performable, because they were over thirty years old. But we do have an incredible archive, and an incredible archivist. Over the years, we’ve taken great care and good records of everything. The original puppets, some were disintegrated—we call that “toast,” because they turn into this crusty thing, and if you touch it, it just crumbles. Others were in perfect condition and restored, and in museums in New York and the Center for Puppetry Arts in Atlanta.

The well-preserved ones are amazing to look at. A lot of people just spent a lot of time looking at the original puppets. We couldn’t perform with any of them, but we had access to the originals in most cases.

Leterrier: You could see the scale, the ratio of the hands. I was lucky enough to open up the skeleton of the Mystic and see what it looked like then, so I can understand how to make things lighter—

Henson: They’re lighter and slightly bigger. The people on the original film, everyone really complained about the weight of these puppets. Even the small ones, the gelfling, they were very heavy. They had machinery inside of them.

Our new puppets, they’re lighter, they have 3D-printed plastic parts and stuff like that to make it light. We also scaled everything up a little bit from the original… and allowed the characters to be a bit more expressive because everything wasn’t scrunched into such small heads.

All in all, it was a balance of copying the characters who were in both [the original and current] productions, and then there were a lot of original characters that Brian Froud built that had to fit together with the originals.

The Dark Crystal: Age of Resistance will air on Netflix starting August 30.