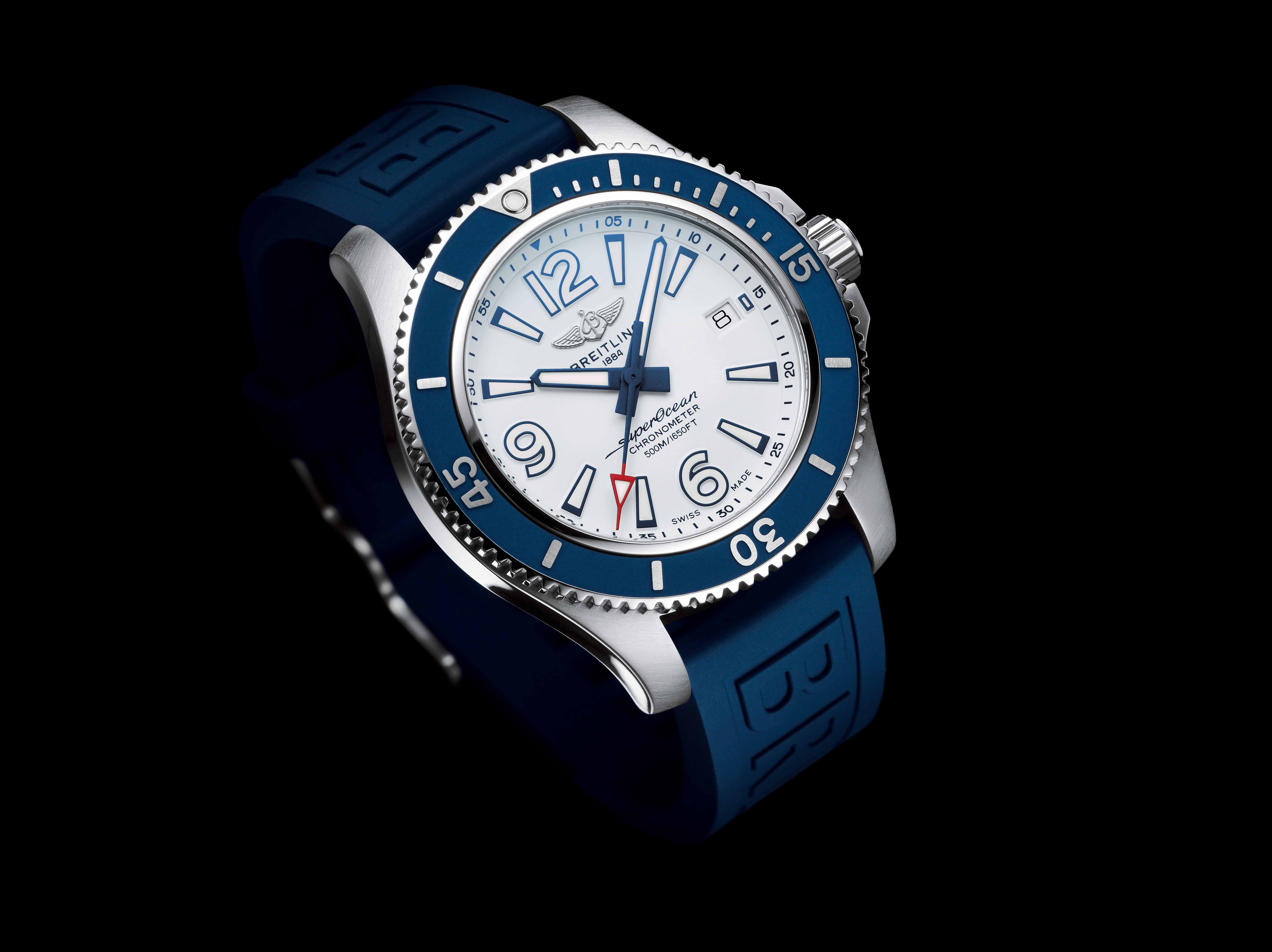 “Always good, coming back to the Philippines,” Alvin Soon says, “If the weather is sunny, it’s even better.”

He laughs a bit at that, pointing out how the weather’s not exactly been on the sunny side the past few days.

Alvin is Breitling’s President for Greater China and Southeast Asia, and he usually tries to visit every quarter to see how things are going in the Philippines. Right now, at the Podium in Manila, he’s here to launch the new Superocean collection.

The big event is about to start in an hour, down at the Breitling boutique. Already, the videos are playing in the background and people are putting the final touches on the space. But here, at the second floor of a nearby restaurant, we’ve got some time to talk.

Breitling is the middle of a massive change. Having been relatively low-key a few years ago, the brand is now very actively presenting itself to its fans—and picking up new ones as well.

Alvin describes the past few years as a roller coaster ride, where luxury watches were seen in shifting perspectives. It mostly has to do with the millennials, whose buying habits are now shaping the market in general.

Five years ago the luxury watch industry was seeing a sort of downturn, and when the smart watch boom came, people thought it was the end of an era. Now, things are different, and Alvin says that luxury watches are picking back up again. Still, if there’s one thing the smart watch did, it introduced millennials to the idea of wearing a watch, because some of them had never even worn watches before. Now in their 20 and 30s, more of them are looking for something that speaks to their personality. And they aren’t looking for it on a digital screen.

“In craftsmanship, in luxury it’s a different ball game,” Alvin says. ”When you reach a certain age, you want something that represents your identity. These accessories that really speak for you. When you strap on a watch you’re strapping on a piece of history.”

It’s no longer the price that counts to them, he explains, it’s the lifestyle that they’re buying into. And now they can see this lifestyle unfold across social media as Breitling turns the spotlight on its new watches. Adam Driver, Brad Pitt, and Charlize Theron are just a few of the faces on the Breitling map, with surfers, explorers, and pilots making up the rest.

Breitling has been reaching out to a larger audience, well beyond the aviation watch enthusiasts that it regularly draws in. Still, this has happened without the need to alter the Breitling DNA. Rather, they have leaned on it even more.

Last year saw the release of the Navitimer 1 Automatic, which is a watch that draws on all the design cues of the classic Navitimer—their most iconic timepiece. The Navitimer 1 Automatic does away with the chronograph complication and opts for a cleaner dial and presentation. It does, however, retain the slide rule on the bezel (a kind of analog computer designed for pilots) and has a date-display window at 6 o’clock. This allowed it to become relatively smaller and more accessible, and thus appealing to more people.

Now, with the launch of the new Superocean collection, Breitling’s range has just become even wider. Starting from 36mm and going all the way up to a massive 48 mm, the new Superocean collection has models across five different sizes. There’s basically a model for most wrists, and that’s precisely what the goal is: to be a brand that doesn’t just speak to pilots and surfers and adventurers. It wants to be a brand that speaks to the pilots and surfers and adventurers in all of us.

“How do you keep engaging and exciting the consumer? That is the reason why he have a lot of stories,” Alvin says of the company’s new drive.

He mentions that the sales of the Superocean have exceeded that of the Navitimer. In Asia, which arguably has greater access to dive spots and beaches, I suppose that make sense. And while Breitling has been known primarily for its larger aviation watches, the Superocean has been around since 1957, so it’s very much within Breitling’s long-established DNA. Having been developed during the dive watch frenzy of the 50s, it’s now speaking to a new generation as well.

But this is the big takeaway from our little chat: Breitling’s goal is to launch a watch every single month. Think about that for a moment. In an an industry that sees new releases only a few times a year, this is a very bold move.

“The millennials are on Instagram, they are on Facebook everyday,” Alvin explains. “They need to see something new every month.” So far, it seems to be working. And if the Superocean line is an indication of what lies ahead, then Breitling is going to be a very exciting space to watch for next few years.