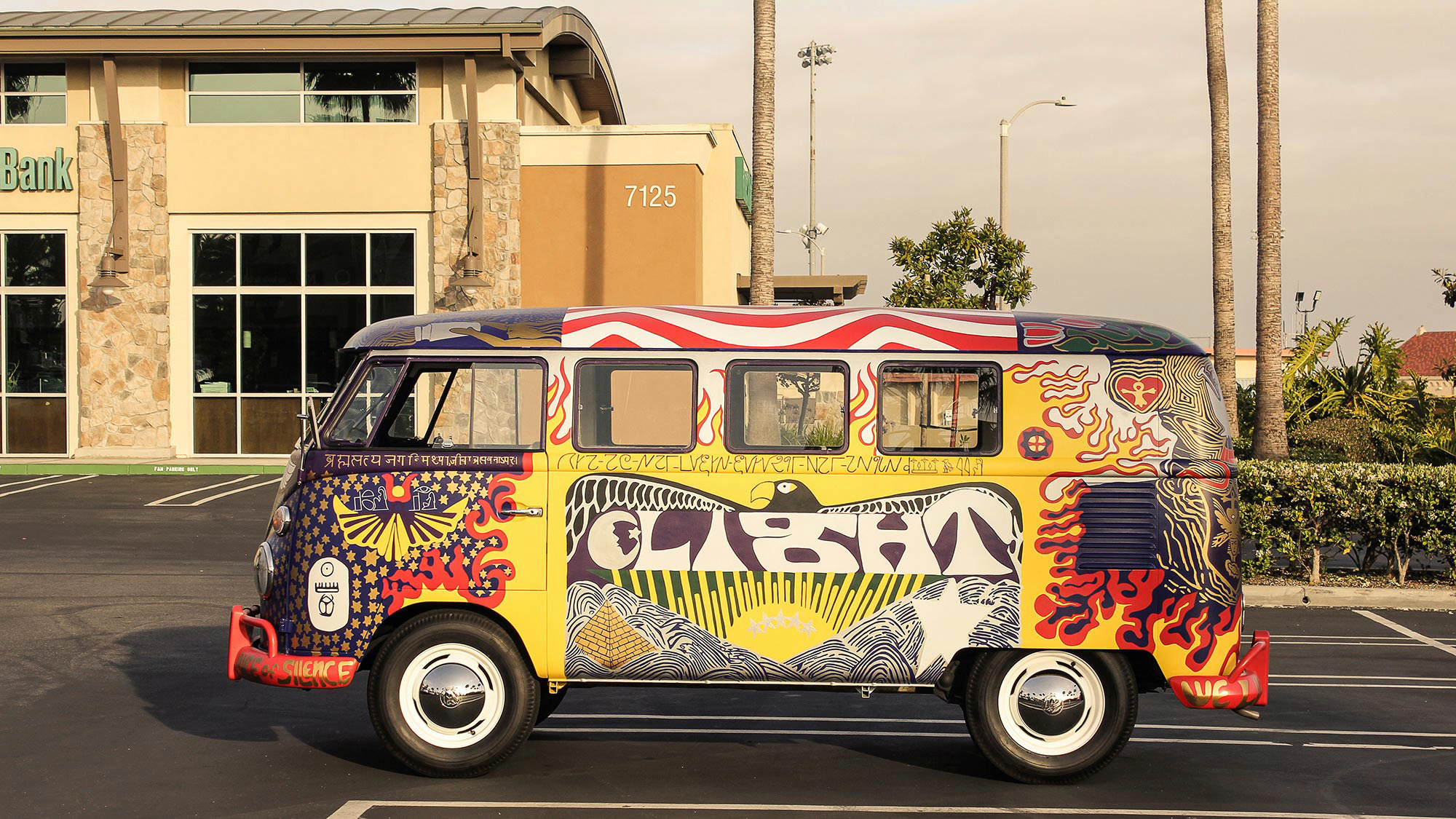 Fifty years ago, the granddaddy of music festivals—Woodstock—was held in a 600-acre farm in Bethel, New York. Called “An Aquarian Exposition: 3 Days of Peace and Music,” it brought over 30 bands and 400,000 people together.

Woodstock has since become equated with freedom, rock and roll, and psychedelic themes. But there was one thing that put it all together: a Volkswagen microbus owned by one of the bands who watched the concert. It was captured on film, in the middle of the festival, and later became iconic as the photo was released and Woodstock got more attention from the press.

Painted by Bob Hieronimus, a doctor of symbology, the microbus featured Hebrew and Egyptian imagery and a psychedelic color scheme. Hieronimus had painted it for a friend called Bob Grimm, who then named it the “Light Bus,” after his own band’s name. Grimm’s band would go on to watch Woodstock, though Hieronimus himself would stay behind.

“There were too many people for me back then. I had a ticket, but I didn’t go. My bus went instead!” Hieronimus says.

Grimm and his band essentially lived out of the microbus, sitting on the roof to listen to concerts, staying inside when it was raining. It was a symbol of everything the concert represented, and Hieronimus describes the Light  bus message as: “We are all one, together on this planet. We are all sitting in the same boat.”

At some point in the 70s, though, the microbus went missing. Hieronimus tried to recreate it later on, though could never find the exact model again. He later teamed up with filmmaker John Chisholm, who wanted to resurrect the microbus for his documentary on Woodstock’s 50th anniversary.

But 50 years later, with the help of Volkswagen, microbus fans, and a Kickstarter campaign, they finally found a microbus from the same era. Now, the Light Bus is back, and has been touring in the US with Hieronimus and Chisholm since May. It’s currently headed to Woodstock, to be displayed at the Bethel Woods Center for the Arts. While Woodstock 50 was canceled, the Light Bus will at least be on the old festival grounds, where everything started.

“The Light bus became famous because many people understood its message of love. We resurrected it because so many people came to me and asked: Where is the bus? So we went ahead and did it,” Hieronimus says.

At 75, he’s finally getting the chance to go to Bethel.

“That’s the plan. I am looking forward to finally getting there. I’m sorry that I didn’t make it last time.”