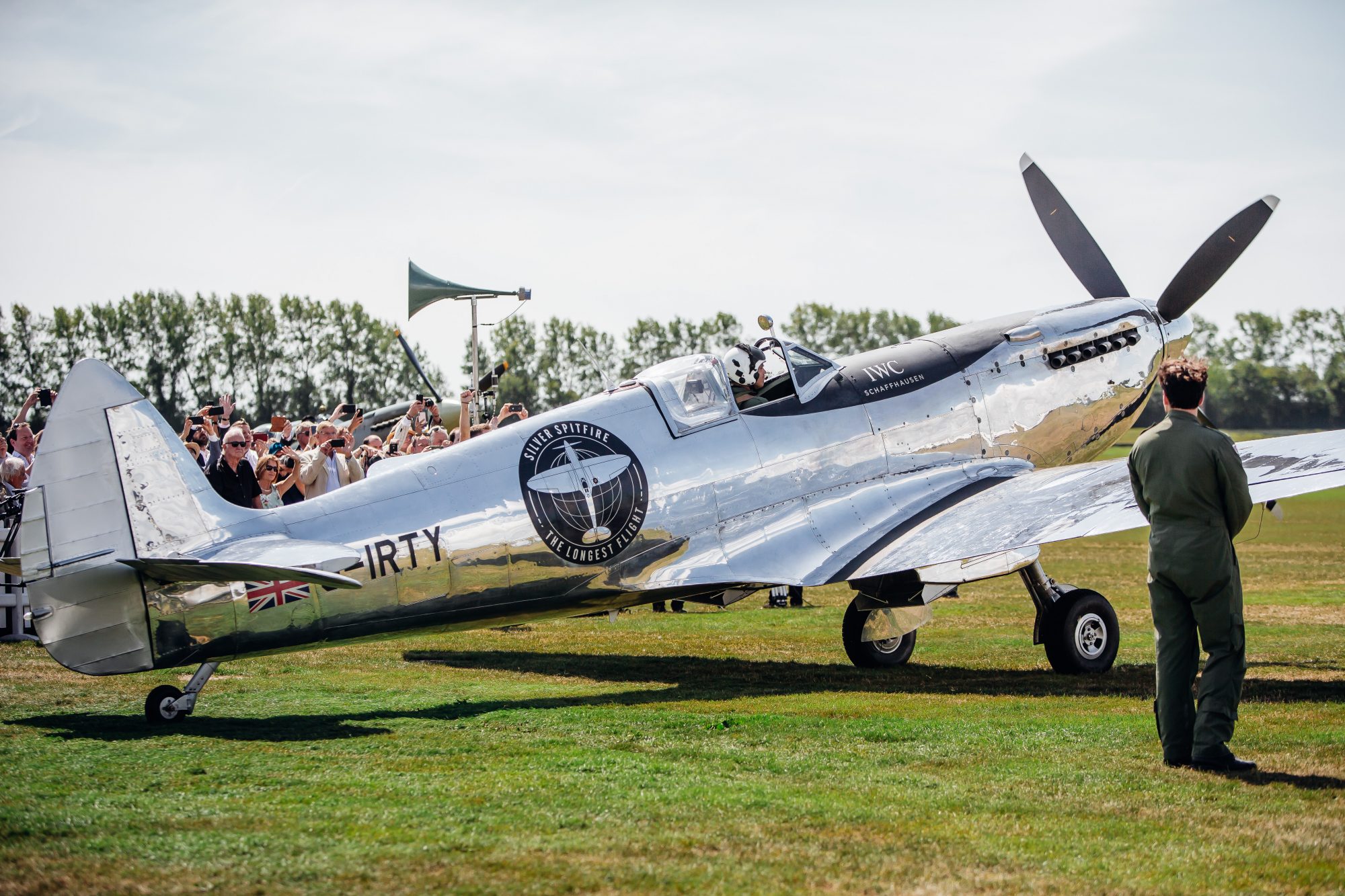 From the moment IWC Schaffhausen announced that it would be partnering with a couple of pilots who are attempting to fly a Spitfire around the world, we’ve been following the story closely. The expedition has been named The Longest Flight, and it’s going to be quite a historic journey: an antique plane that was a British icon from the Second World War circumnavigating the globe. It brings the romance of flight and exploration back to the skies, and naturally, with IWC’s support, to watches as well.

Pilots Steve Boultbee Brooks and Matt Jones are going to take the Spitfire across 43,000 kilometers and to multiple countries, a journey that will take months to complete. Still, if all goes well, this will be a new record for the aircraft.

The plane itself was hunted down by Boultbee Brooks and Jones in Birmingham. Built in 1943, it was originally designated MJ271, and had flown in the war before being kept in a museum in Bromwich Castle. After Boultbee Brooks and Jones found it, it was stripped down, painstakingly restored to the last rivet, and has been renamed the Silver Spitfire.

The two are the founders of the Boultbee Flight Academy, an aviation school that teaches people how to pilot Spitfires, and are no strangers to adventure. Boultbee Brooks, in particular, is a noted explorer and was the first to pilot a helicopter from pole-to-pole.

“The last few months have been intense, and full of activity. Now we’re thrilled that we can finally begin our great adventure and share the glory of the Silver Spitfire with the rest of the world. It’s a massive undertaking, and a huge privilege to be involved in such a project. Now it’s time to make history,” said Boultbee Brooks.

The expedition took years to prepare for, though all of that is going to be put to the test now. The Silver Spitfire flew out of Goodwood Aerodrome on August 5, and is currently on its way to make the record attempt. And while you’re waiting for it to make a stop around your region, you can follow the expedition here: @iwcwatches_sea