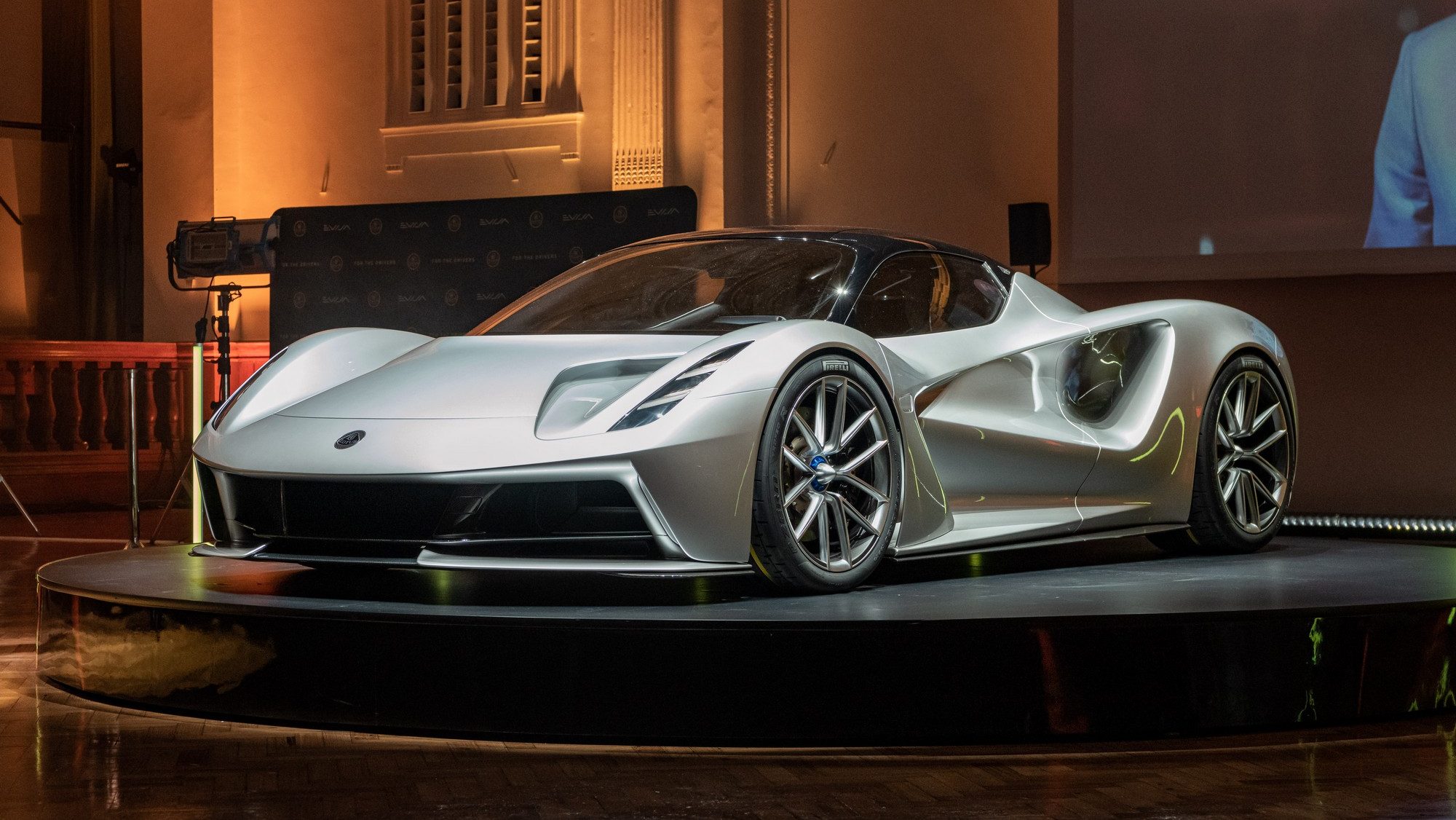 You’ve never seen a car like the Evija (e-vi-ya) before.

The Lotus Evija is true to its name on multiple levels. “Evija” means “first in existence” or “the living one,” and this hypercar racks up so many firsts that it’s breathtaking.

And that doesn’t even account for its sheer power yet, coming in at a target output of 2,000 PS. That’s approximately 1,972 horsepower, if you don’t prefer the metric conversion. It is, as Lotus declares, “the most powerful series production road car ever built.”

The Evija is the first all-electric British hypercar, and the first Lotus under the Geely Auto Group. It’s also the first Lotus road car to use a single-piece, full carbon fiber chassis, with world-first usage of laser lights by Osram for both its main and dipped beams. A Venturi tunnel in the rear maximizes air flow much like a Le Mans race car, and the extremely aerodynamic design of the whole shell is as much about speed as it is about beauty.

“During the initial design stage, we spent many hours studying images of geological forms: rocks that had been carved by nature over the centuries,” explains Russell Carr, the design director of Lotus Cars. “We believe we’ve captured these beautiful, intriguing and elemental lines within the Evija.”

And then there’s the tech: the Evija’s dashboard has more functionality and communication services than any other Lotus, complete with cloud access and the ability to monitor the status of the car from anywhere via a smartphone app. Also, when it uses the most commonly available 350kW charging system for electric vehicles, it only takes 12 minutes to hit 80%, and 18 minutes to 100%. And that’s for an EV with a total range of 400 kilometers.

With much respect to MI6, the Q Branch, and the venerable Aston Martin: James Bond would be lucky to have it this good.

The Lotus Evija will have a limited run of 130 units as a tribute to its Type 130 designation, and will begin production in 2020.