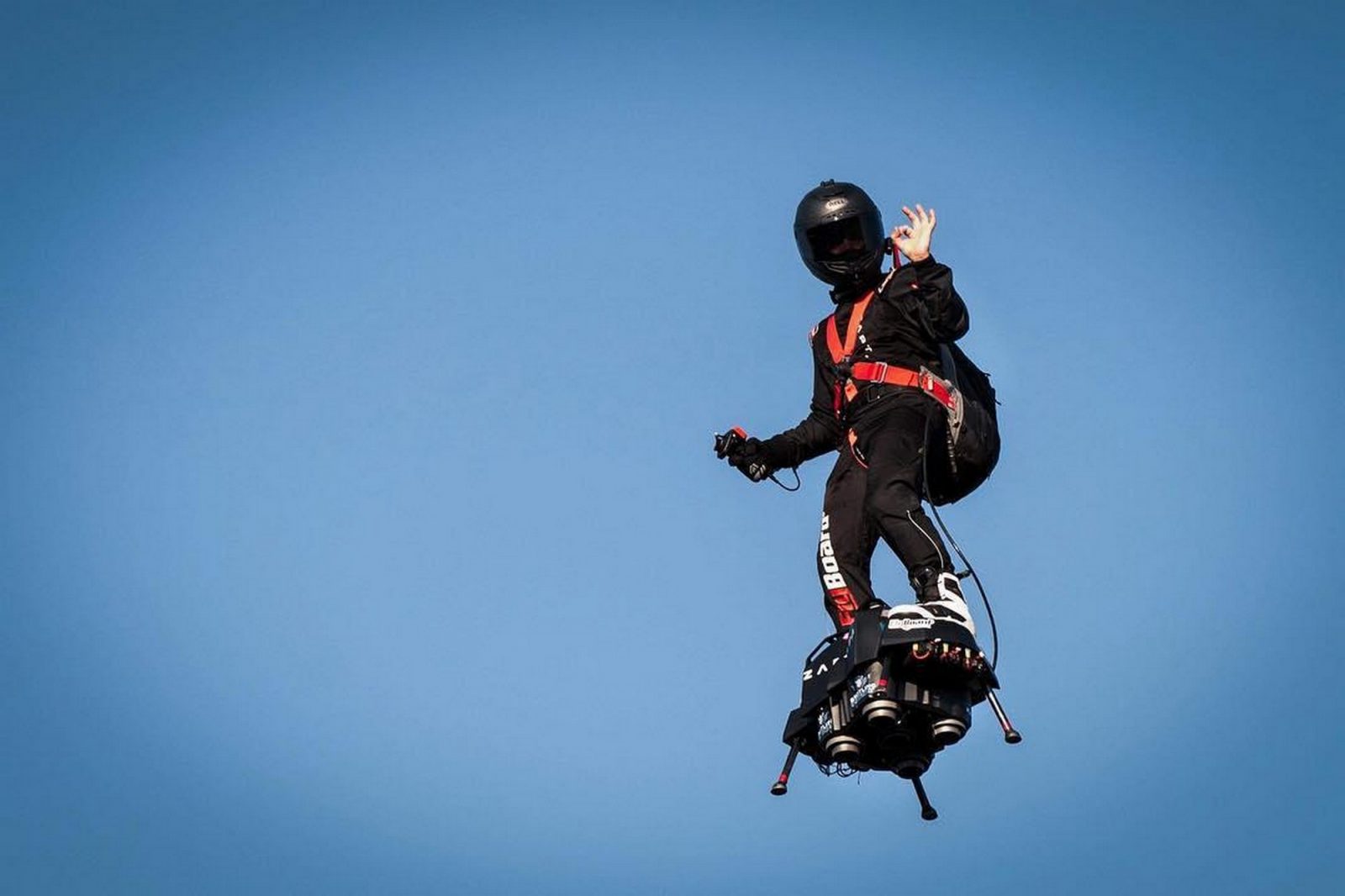 Albay and the Search for the Elusive Mayon

Franky Zapata’s dream of flight echoes those of his predecessors.

Tomorrow, August 4, French inventor Franky Zapata will make another attempt to cross the English Channel using the Flyboard Air: a hoverboard that should be seen to be believed.

His first attempt on July 25, 2019 met with unexpected failure but he remained undeterred. He had, after all, still managed to fly at 140km/h at a height of around 20 meters, and that was with his own estimation of only a 30% chance of success. The fact that he made it to his refueling platform—which was sadly where his attempt ended because of choppy waves—was already a significant achievement.

It also technically wasn’t his first successful flight with the Flyboard Air, as he had done it before in 2016: setting a world record in hoverboard flight in the process.

Zapata hoped to complete the July 25 flight to commemorate the 110th anniversary of the first flight across the English Channel: an accolade earned by Louis Bleriot, another Frenchman, in 1909. The fact that Bleriot himself met with repeated failure served as even greater motivation for Zapata to keep trying.

One week after his initial attempt at crossing the Channel, Zapata will try it again. And if he doesn’t succeed, it’s a fair bet that he’s just going to keep trying until he does.

That relentless desire to achieve something amid great risk and staggering effort is a common quality among the best inventors, and that’s something Zapata shares with many other aviation pioneers, especially two of the most famous ones: the Wright brothers.

The Wright Flyer, later refined into versions II and III, is recognized by the Smithsonian Institution as the first powered, heavier-than-air machine to achieve controlled, sustained flight with a pilot aboard. Orville and Wilbur Wright built it in 1903 after an exhausting series of tests with gliders of their own design, and it was the culmination of everything they had been dreaming about since 1896.

Inspired by the achievements of Otto Lilienthal, the first person to make documented, repeatable flights with gliders (earning him the moniker “flying man” in the 1890s), the Wright brothers pivoted from their experience with bicycle design and engineering. They focused primarily on the idea of pilot control rather than the notion of designing an aircraft per se. They felt that with enough testing and practice, just as in the case of bicycles, a flying machine could be turned from an inherently unstable platform into a something that could be reliably controlled.

That applied-science mentality is the same thing that Zapata cites as part of his design philosophy for the Flyboard Air, which is itself a successor of his Flyboard hydroflight design (which uses jets of water for propulsion instead).

The ‘Supremo’ of Philippine Tattoos

“When you fly with your body, even your hands affect the direction you want to go in,” Zapata recently told CNN. “You feel the turbulence and the air through your fingers. It’s like becoming a bird. But it’s also very hard. I have to fight against the wind with my legs so there’s pain too. It’s not as peaceful as it looks.”

Zapata practices constantly with the Flyboard Air, to the point that the hoverboard serves as an extension of him. It may not have wings, but it is absolutely an aircraft: maneuvered by the most precise controls and perfectly measured body language, along with unshakable dedication to get from point A to point B.

In less than 24 hours, the world will bear witness to Zapata’s renewed attempt to fill another slot in the annals of aviation history. Lilienthal, the Wrights, and all the other aviation adventurers who believed that man should not be limited to the ground alone would be proud.

Albay and the Search for the Elusive Mayon