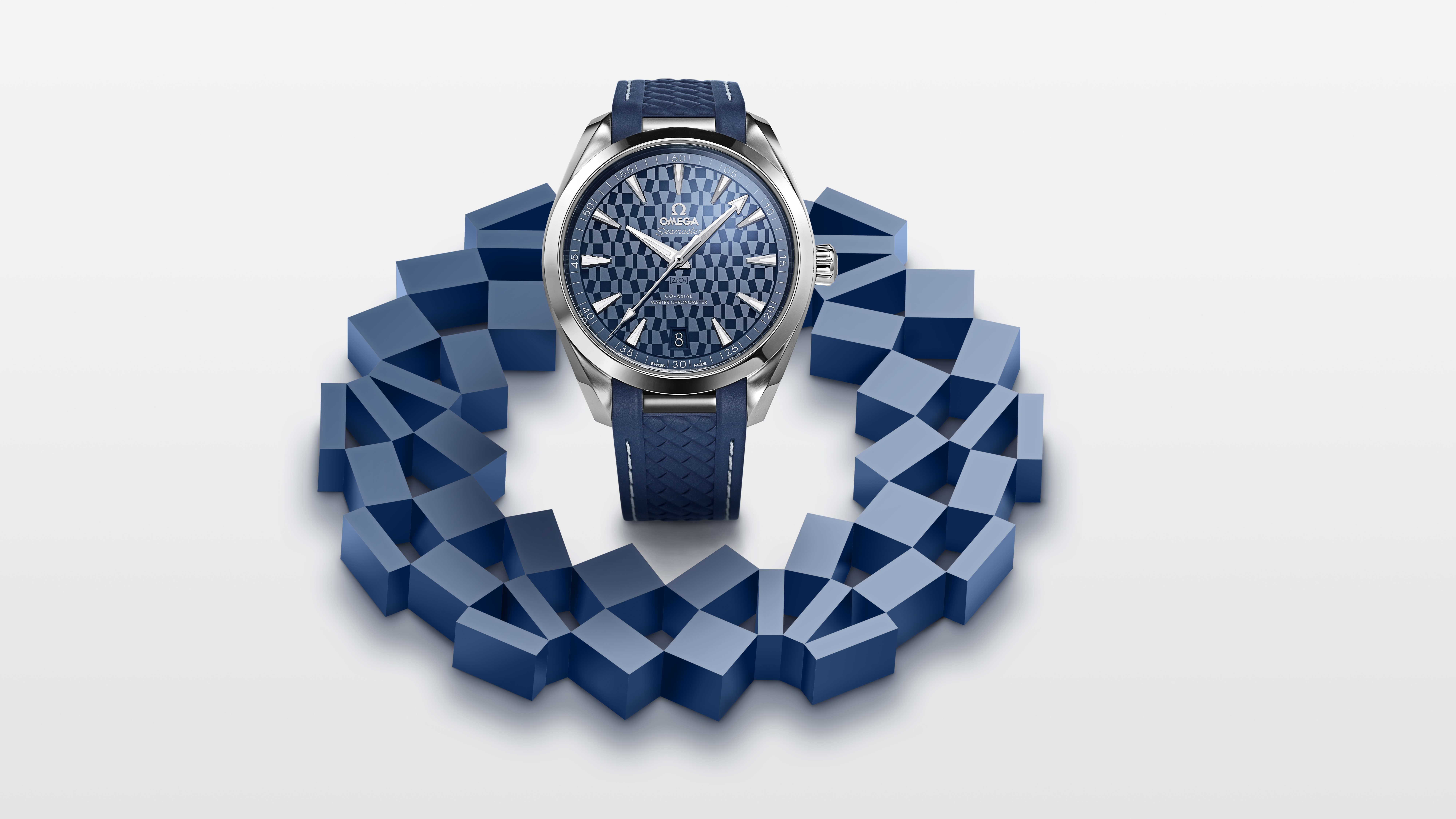 Omega is starting the countdown to Tokyo with two new limited editions.

In 1932, during the Summer Olympics in Los Angeles, a lone watchmaker arrived from the Omega offices in Switzerland. Along with him came 30 stopwatches, each one equipped with a split-seconds chronograph. Capable of timing two separate events at once, the stopwatches were about as sophisticated as chronographs could get at the time. These Omegas were used as the official timekeepers for the Olympics.

Since then, Omega has held on to that title, taking part in 28 more games after the Summer Olympics in LA. It’s a longstanding association that has seen multiple innovations, complications, and limited editions.

Now, with the upcoming games in Tokyo next year, Omega’s already starting the countdown with two more limited editions from the Seamaster collection.

The Aqua Terra range sits at a middling point in terms of style. It’s a little more sophisticated than a diver but a bit too rugged to really qualify as a dress watch. But that’s the thing: you can wear it to dress up on a weekend, or to dress down when you’re in a business casual situation.

In any case, the Tokyo 2020 limited edition adds a bit of Olympic flair on top of all that.

The dial is crafted out of ceramic—the first in the collection—with a polished blue finish and the Tokyo 2020 Olympics emblem laser-engraved on it. The pattern works really well with the 41mm stainless steel case, which plays off of the blue.

Limited to 2,020 pieces, the Aqua Terra is powered by the caliber 8900, which is a certified Master Chronometer (a standard that Omega co-developed, exceeding the normal precision testing from COSC). The case back is made out of sapphire crystal, so you can see the caliber 8900 in action past the Tokyo Olympics emblem. It also comes with a structured blue rubber strap and a stainless steel bracelet, both of which fit into the special presentation case.

This one’s design is a little more in line with Japan. The white ceramic dial serves as a field for the special lollipop seconds hand, which holds a varnished red dot. Just take a look at the Japanese flag, then back at the Planet Ocean Tokyo 2020, and it’s hard to miss how well the theme was executed with restraint. The number 20 on the ceramic bezel is likewise done in red, driving the point home without overpowering the clean presentation.

At 39.5 mm, the stainless steel case is a bit smaller than the Aqua Terra, though that fits right in with the minimalist aesthetic. Even the date display at the three-hour mark doesn’t distract you from the rest of the watch. The Planet Ocean runs the caliber 8800 under the hood, which is also a Master Chronometer. And if you flip to the case back, you can see the same Tokyo Olympics emblem as well.

Limited to 2020 pieces, the Planet Ocean comes with a white leather strap, though it also includes a stainless steel bracelet and an additional nato strap to switch things up.

Now that the Tokyo Olympic games are just a year away, you can expect to see more commemorative items as we get closer to the date. But the official timekeeper’s watches are a solid beginning to mark the occasion.