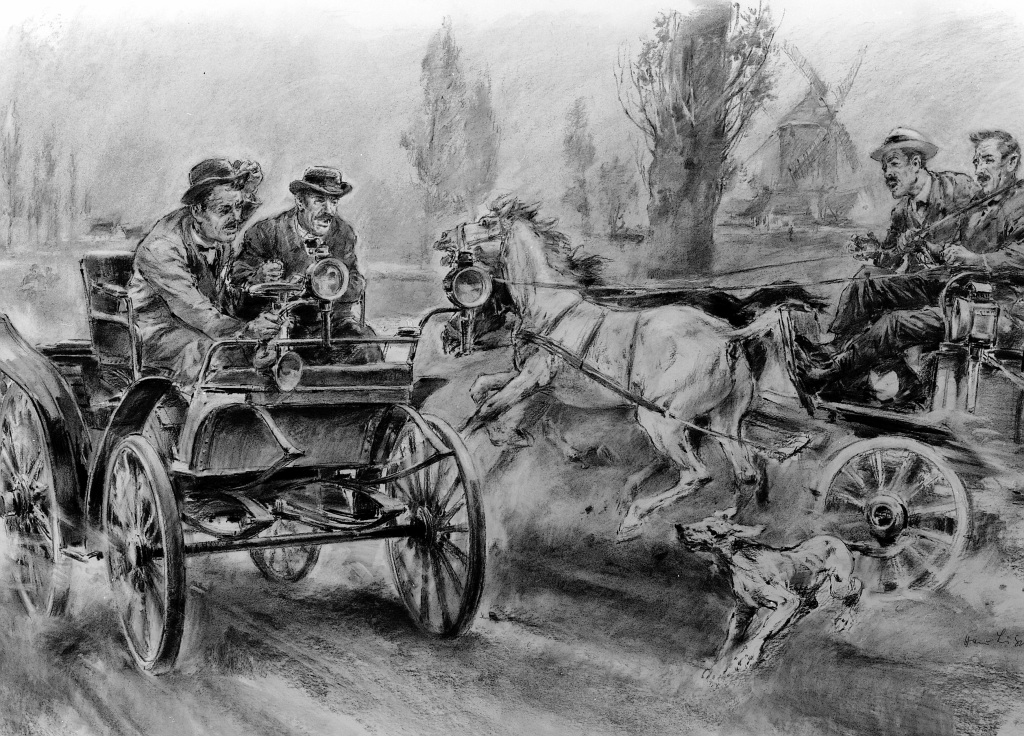 Take a look at the marque’s historic motorsport vehicles.

In 1894, past the middle of July, the world witnessed a historic moment in France. It was a season of transition that gathered some of the earliest cars in history, and they were out to make their way from Paris to Rouen in what would later be called the world’s first competitive motorsport race.

The event was named the Le Petit Journal Horseless Carriages Contest: a race sponsored by the French publication, Le Petit Journal. From the name of the race alone, the objective was clear. Horsepower was here to replace actual horses.

It was a move that sought to promote motorsports in the early years of the automotive industry. And the vehicles that joined the race were the distant ancestors of modern cars, some from manufacturers that exist until now. Mostly, they did look like carriages with engines bolted onto them, and among them was the first Benz vehicle to join a motorsport competition.

This was how Mercedes-Benz’s long history with racing began, and with it came the start of the marque that we know today.

Now—more than a hundred years later—Mercedes-Benz continues to be involved in the motorsport world. And on its anniversary, we take a look at some of its historic cars that played a role on the tracks and made world records.

The 200 HP Blitzen Benz (or Lightning Benz) was built in 1909, with an upsized engine built to throw out 200 horsepower. It was a car that was meant to shatter land speed records, and had only one goal: to reach a maximum speed of more than 200 km/h.

Carl Benz, the founder of Benz & Cie, wasn’t really thrilled about the idea, believing that motorsports weren’t the main objective of the company. He wanted to focus on manufacturing automobiles for normal use instead. Still, a board member named Julius Ganss believed that there was one thing that could be gained from all this: a massive amount of publicity.

In 1911 at Daytona Beach in Florida, Bob Burman broke the world speed record while driving a Blitzen-Benz, clocking in at 228.1 km/h over a full mile.

The SSK was the very last vehicle designed by Dr. Ferdinand Porsche for Mercedes-Benz before he left to found his own company. While the car bears his mark, only a little over 30  have ever existed. Still, fitted with a supercharged engine that could be used on- and off- track, the SSK was destined to make history.

The SSK placed in a number of racing competitions, including the 1929 edition of the 500 Miles of Argentina race. Later, the SSKL variant was developed—a lighter version of the SSK—and raced in the Mille Miglia, one of the most prestigious road races in the world. With low production numbers and a storied designer (everyone knows what happened to Porsche after he founded his own brand), the SSK is one of the most iconic cars in the Mercedes-Benz archive.

Mercedes-Benz developed a new car for the racetracks for the 1937 season. Built with a tubular, oval frame, the Silver Arrow W125 packed an innovative suspension system: soft springs with considerable travel and stiffer dampers. This was the opposite of what was believed to be efficient at the time, and it set an example for Grand Prix designs after it. The W125 ran a supercharged eight-cylinder engine and reached past 300 km/h in race speeds. This made it one of the most powerful cars at the time.

In the year it was built, Herman Lang took his first ever Grand Prix win at Tripoli, earmarking the W125 as a force to be reckoned with. That same year, Rudolf Caracciola sat behind the wheel and took the European Championship. By 1938, however, changes in the rules meant that the car was no longer eligible for competition without being heavily modified, and so Mercedes-Benz chose to develop a new vehicle for the tracks instead.

Tales from the Kalayaan Cup 2019: Speed, Strategy, and Flaming Brakes

The 300SL W198 coupe entered production in 1954 and ended its run in 1957. During that time, only 1,400 were made, making it one of the more collectible models in the marque’s history. One of its defining features is its use of gullwing doors that open vertically, resembling the wings of a seagull. The Gullwing is a toned down race car built for the road, with a 3-liter 6-cylinder engine.

Legendary racer Sterling Moss drove a Gullwing as a reconnaissance vehicle before his historic win in the 1955 Mille Miglia. To date, given its heritage, and amplified by its limited numbers, the Gullwing remains a highly coveted piece of Mercedes-Benz history.

Built as a descendant of the Mercedes-Benz W196 Formula One vehicle, the 300 SLR had a fuel-injected straight eight engine that pulled its frame.

This was the car that Stirling Moss drove to victory at the 1955 Mille Miglia. And in the same year, the 300 SLR would make a storied run at the Tourist Trophy in Ireland, the Taga Florio in Sicily, and the World Sportscar Championship.

By the time Le Mans rolled around, however, the run would come to an end. While 1955 was a stellar year for Mercedes-Benz racing, it was also one of the darkest. A chain of accidents at the course led to the deaths of over 80 people, including Mercedes-Benz driver Pierre Levegh. While it was later ruled that no driver had been at fault, France and Switzerland both enacted a ban on racing, following the Le Mans disaster. Mercedes-Benz itself pulled out of the circuit, and would only return a few decades later.

Now, however, Mercedes-Benz is a fixture on the races. Its run has been nothing short of historic, and the same goes for its cars that took to the circuits. With more than 120 years under its seat belts, the three-pointed star has more seasons to cover ahead. And, perhaps, even more icons to set their wheels on the tracks.

Watch a Rolls-Royce tear through the Arabian sands