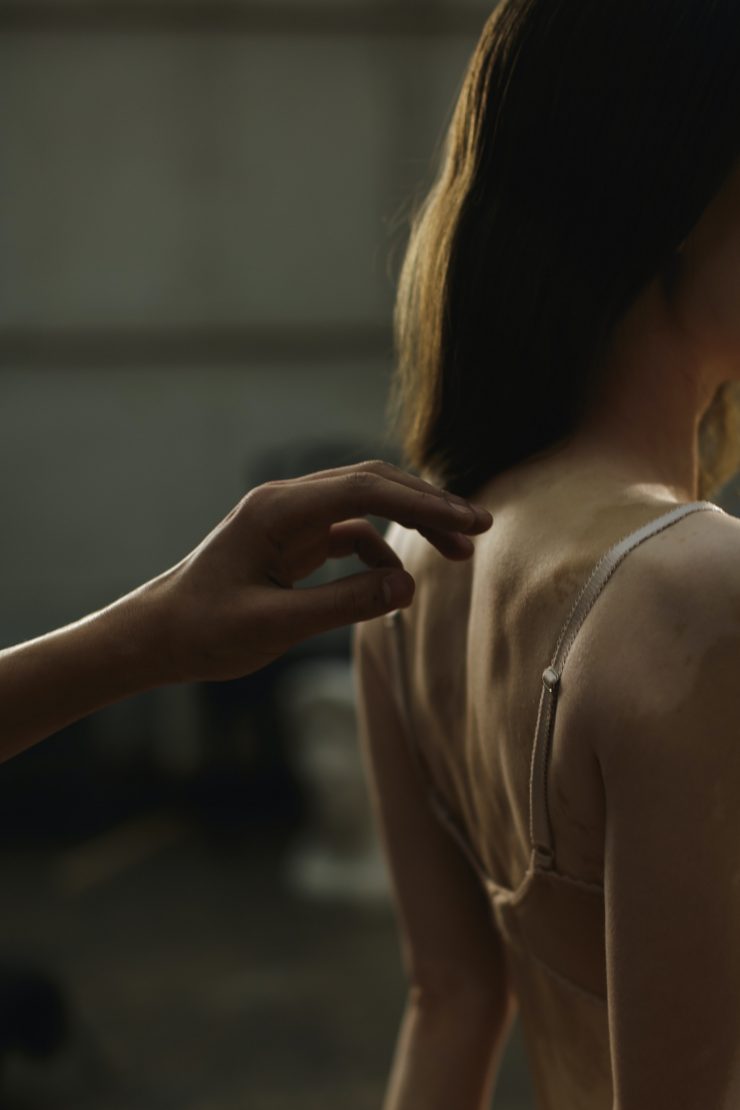 For many, group sex is that area beyond the map: uncharted territory that could be anything from scary to appealing, depending on how you feel about the unknown and the risqué. And unfortunately, thanks to pornography and the typical lack of comprehensive reproductive health education, just as many people have unrealistic ideas about it.

Before setting off into the great unknown, it’s always prudent to learn as much as you can: not just for safety’s sake, but to manage expectations.

We had joked before about the idea of putting together a primer for group sex dynamics—because she and I are both compulsive project managers—but we never really found the time because of our hectic schedules. We knew it would take at least an entire evening, and definitely over drinks.

If group sex is something that you’ve always been curious about, either academically or as a potential participant, you’re in for a treat: we finally found the time.

Climaxing, for example, can be a very real issue.

There’s also the matter of getting the right people together whom you would actually feel comfortable enough with to relax, which we’ll get to after we tackle another fundamental topic: logistics.

Take, for example, having adequate protection.

In Kida’s case, if she’s the one setting up the orgy, she likes being extremely organized about condom purchasing. “I have an Excel sheet that does the math for me. Let’s say you have five people: how many are guys, how many are girls? Assuming everyone sleeps with everyone, you can maybe add 30% or whatever safe estimate you might have. You also want variety, so if I end up needing, say, 48, I will buy four different boxes of 12. Fetherlite, ribbed, dotted, and so on. Everyone’s still welcome to bring their own, of course, but if I’m setting it up, I’ll take care of ordering it.”

As for the location, that depends on your head count. You can rent a motel room, for example, if you have a small group of around five people. Larger groups may need something more flexible, though, such as someone’s house. That comes with multiple advantages, such as a controlled environment that’s essentially free.

All that is relatively easy. Costs can be readily divided, and there’s never a shortage of venues since you can always crowdsource among yourselves about who might have good options. Food and drink are easily acquired too, if people are willing to order in or do potluck.

The most difficult part is: when will everyone be free?

“It’s kind of like a D&D campaign,” Kida laughs. “You know how hard it is for adults to set up a schedule for a gaming session? It’s exactly like that.”

Aside from locking down the date, there’s also the question of time. “There are a lot of morning people, an overwhelming majority of evening people, and a few afternoon people,” Kida says.

Getting people together for group sex involves the same challenges that would apply for bringing gamers together. One thing that’s often overlooked in the same regard is: will everyone get along?

“Of course, you have to look for the people who are willing,” Kida says, since it may surprise you just how many open-minded, liberal people would draw the line at getting naked in front of more than one person. “Ideally, everyone’s bisexual too, but that’s highly unlikely. Hopefully everyone will find each other attractive, but that’s also highly unlikely.”

Starting the actual process isn’t easy, either. It’s always weird to think about the friends you’re somewhat close with as prospects for sex. And then you also wonder, are they bisexual? Would they be willing to sleep with your other friends?

“That’s a question that hurts to ask,” Kida admits. “Hey, Friend A, do you find my other friends, whom I find attractive, also attractive? That’s not an easy conversation to have, especially when you consider how you might feel if Friend A doesn’t like the others you do like. Watching your friends get rejected in absentia hurts, on top of whatever disappointment you may have.”

Eventually, as you do build a prospective group—probably over Facebook, Telegram, Viber, or some other convenient platform—that problem begins to scale, Kida says.

Another wrinkle that might come up is: how many of you don’t know each other at all?

“It’s easy when you have just one person adding everyone; at least there’s only one point of reference,” Kida explains. “But when you’re the friend of a friend of a friend, your level of trust goes down. One of those links might not know that someone else in the group might be a bit crazy, or maybe has been secretly stalking someone in the group for years and is trying to join just to be a creep.”

Making the effort to build bridges and comfort among the potential participants is key, like through a pre-orgy meetup so everyone can get to know each other first. It is, after all, an entirely new dynamic that’s going to be explored.

Rules are there for a reason

Humor aside, it’s 2019. It’s long past time to know enough about safe, responsible sex, especially if you’re entertaining the idea of it as a group activity.

Other rules may also apply depending on what’s comfortable for everyone involved.

“I try to keep alcohol and drugs out of the equation,” Kida maintains. “Maybe a little wine and beer, but not tequila or any other hard liquor. When you have a writhing pool of people enjoying themselves, you don’t want someone projectile vomiting onto them.”

A no-phones rule might be necessary on occasion: not so much for privacy’s sake—although a no-recording rule is also important—as it is to keep people from getting distracted. “You know how some people get distracted by their phones during a gaming session? Like that. You don’t want that,” Kida says.

In terms of physical intimacy, some people may only be okay with kissing or being kissed anywhere except the lips. Others may have positions or pairings they’re not keen with. The important thing is that everyone is clear about what is okay and what’s not okay, Kida emphasizes.

Conversely, though, you can’t neglect yourself. “In the same space, you have to be fairly selfish. Because you’re sharing your partner and you’re sharing yourself with so many people, your orgasm is your responsibility. There’s a trick to keeping the rules in mind, but also finding your pleasure as much as you can.”

And of course, there’s the golden rule that ties into informed consent: no one should ever be forced into doing something they’re not comfortable with. Always respect boundaries.

Speaking of sharing yourself and your partner, it’s time to address the touchiest subject about participating in group sex.

That same template applies for women too, Kida says; just switch the hypothetical names around. “Now, Jane, after imagining John indulging in your yaoi fantasy with Diego and Robbie, picture him fucking Anna and Luisa. Do you feel like gouging their eyes out?”

That’s not to say that jealous reactions mean complete shutdown: instead, you can find alternatives, like threesomes or foursomes, that may be more within your friends’ comfort levels.

Just as the thrill of sex is multiplied by group sex done right, the internal demons people wrestle with can also be multiplied by an orgy—and that’s something you should always be prepared for.

Worth it, if you can handle it

But, just like polyamory, it’s not for everyone. “People tend to approach polyamory with the same bright-eyed gusto,” Kida says, “and we need to say, hold up a minute. Let’s clear up a few things first.”

There is one other nice thing that Kida points out about group sex, though, if you manage to have it on the regular.

*Name changed at her request.

Visuals from Unsplash and Pexels