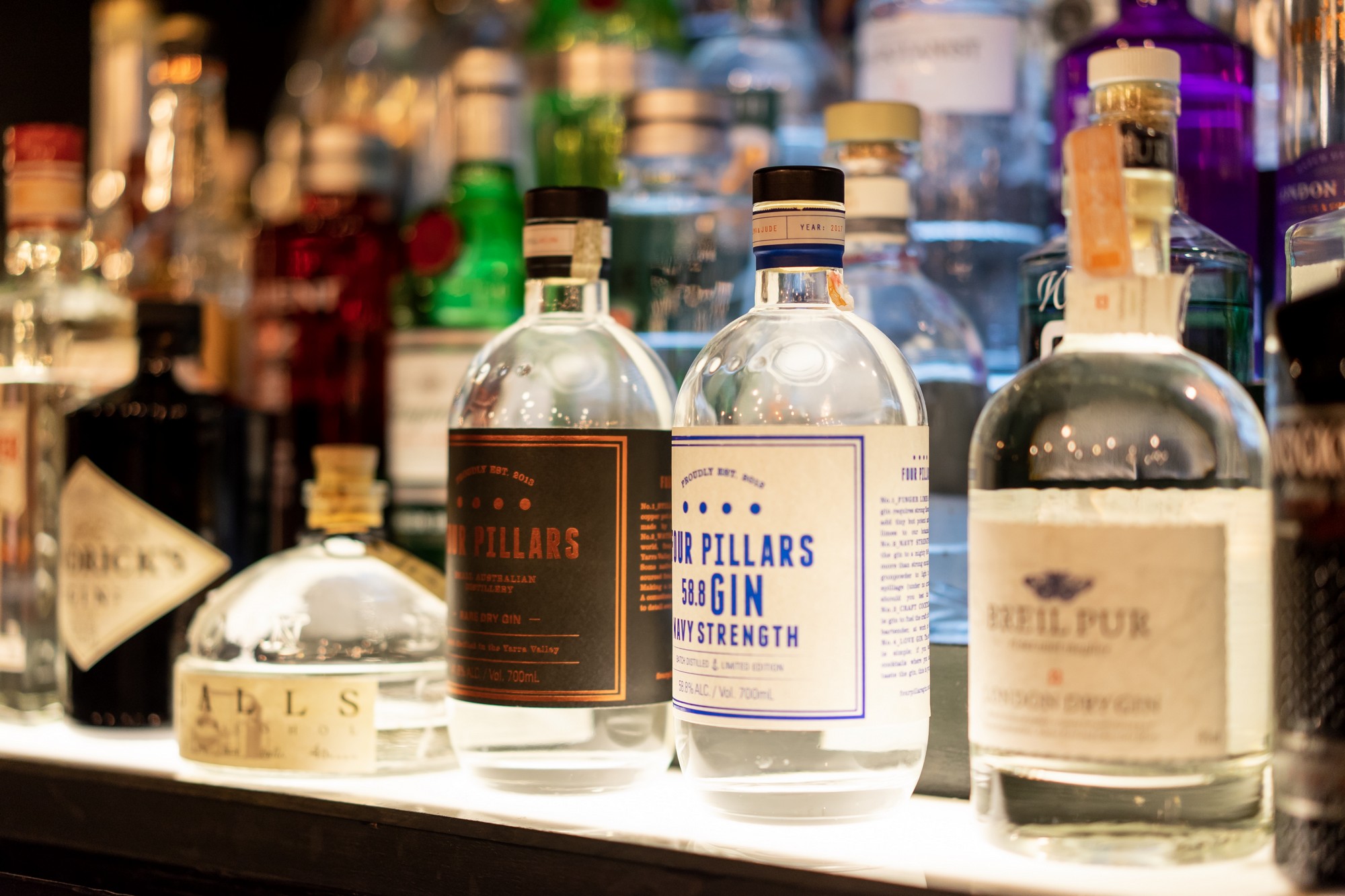 Gin and jazz were once scapegoats for immorality.

What does it take to appreciate an unfamiliar drink? It helps to know its history.

While absinthe was a Temperance boogeyman in France and Switzerland, Great Britain was in the clutches of a nefarious “Gin Craze.”  Unlike with absinthe, however, there were class issues at play: British nobility wanted to keep gin out of reach of the “inferior sort of people,” blaming the criminality they endured on drunken, impoverished citizens. By making gin too expensive for the lower rungs of society, they had hoped to solve this problem.

The government introduced higher taxes for the sale of gin, as well as mandatory licensure (with accompanying fees) for gin retailers. It had a moderate effect on the Gin Craze; consumption did go down, but illegal distillation and trade of the liquor blossomed.

Which, of course, made gin the perfect partner for jazz.

Historians trace the origins of jazz to another oppressed lot: African slaves in America. The slaves from West Africa and the Congo brought their cultures’ musical traditions with them, and the drum beats, improvisation, and “swinging” rhythmic techniques characteristic in jazz still bear their influence. Their work-songs and field-hollers formed the foundations of the blues, while Cuban music by way of travelers in New Orleans provided more upbeat sensibilities.

After slavery was abolished in the United States in the late 19th century, jazz music continued to develop. Despite the deplorable climate with racial segregation, African Americans had more career opportunities available to them, and many of them became entertainers. By the time the Prohibition Era hit in the 1920s, the jazz scene was brimming with talented musicians—and the illicit speakeasies that continued to serve liquor in the face of its banning proved to be the perfect venue.

Customers were, for the most part, already putting themselves at great risk for a drink. The law was clear: engaging in any way in the production, transportation, sale, and purchase of any alcoholic substance would put you at the mercy of the authorities. If you wanted a gin and tonic in the 1920s, you wanted to be damn sure you’d have a good time.

Jazz was just the right music for that. The swinging tunes, the freewheeling improvisation, the sheer bombast of its drums—it was liberation in aural form. And, as was the case with gin, it naturally became a scapegoat for immorality. Pairing gin with jazz was a spit in the eye of irrational conservatism, whether or not you were aware of it.

Most people say you shouldn’t drink different kinds of liquor, to avoid a bad hangover—that advice went out the window once, at a bar in Makati. I had my first taste of absinthe then. A jazz duo was playing underneath a neon glow, playing a mean duet between a saxophone and bass. The light chatter of the crowd was its own percussion; a background rainstick that added a sense of slickness to the music. The bartender looked like he knew every single customer’s name.

And the gin? Ice-cold and English, with a spritz of soda water. Best enjoyed underground and with a sense of history.

I stepped out after the band took their first break. As much as I enjoyed myself, it was getting late, and I promised my partner I would be home at a reasonable hour. There are some authorities you just can’t mess with.

Special thanks to ABV