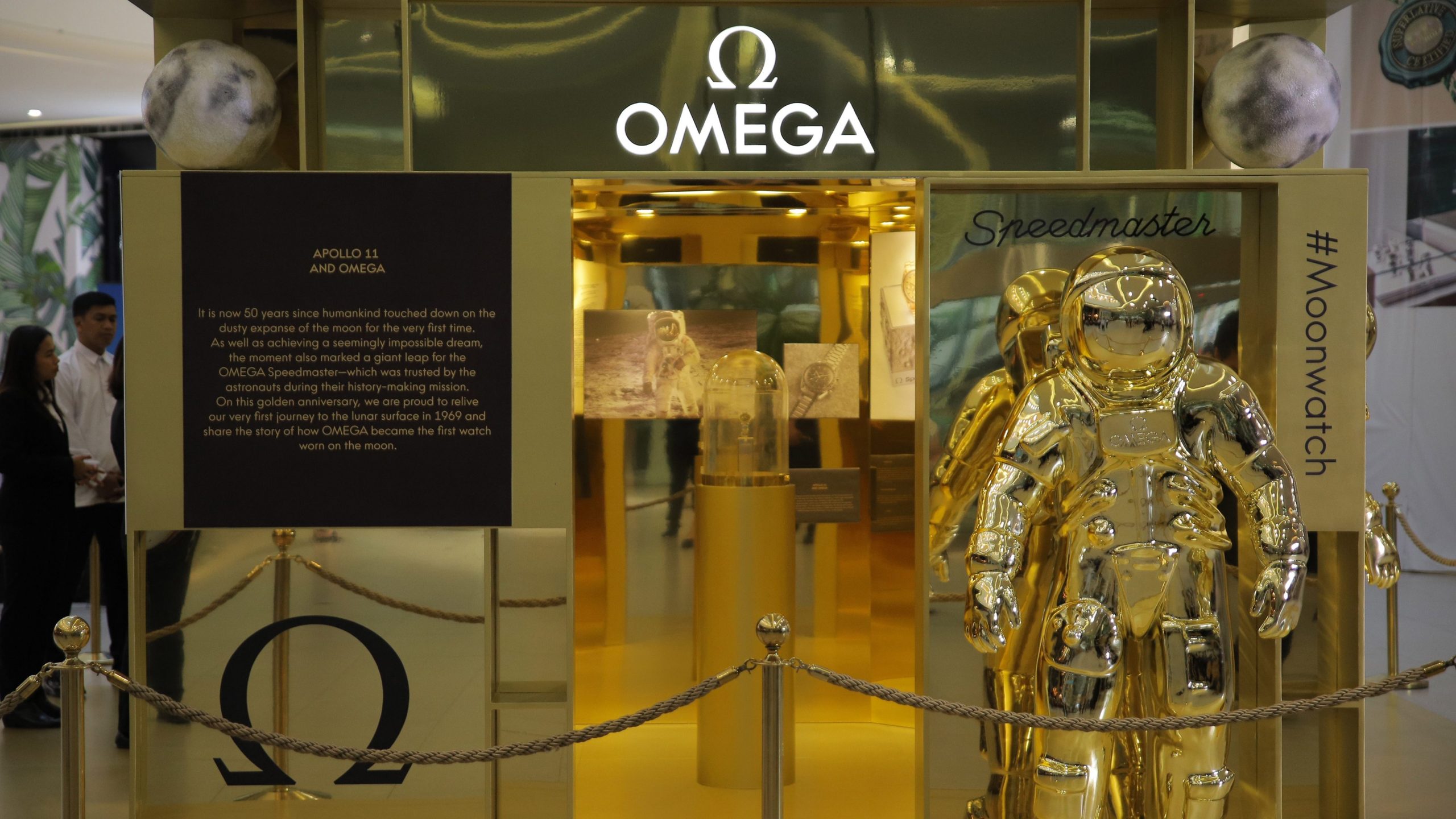 In sync with the rest of the world, the exhibit commemorates one of humanity’s greatest achievements.

On July 20, 1969, the Apollo 11 mission finally reached the moon. It was a massive effort from NASA that urged space technology to move forward at unseen rates, and it remains one of mankind’s greatest achievements.

On the same day in July this year, Omega opened its own worldwide celebration of the historic journey.

The event was attended by all sorts of famous people: from actors to television hosts and government officials. But undoubtedly, the star of the show was the Omega Speedmaster. And why wouldn’t it be? This was the watch on the wrist of Neil Armstrong on the flight to the moon. And while he might have left it behind to serve as a backup timer on the Apollo lunar module, Buzz Aldrin wore it on the moon’s surface, earning it the Moonwatch name.

Recently, CBS launched a livestream of their original coverage of the moon landing, and we got to watch the Speedmaster go to the moon. It was a chance to become part of the historic moment that you might have missed, or a chance to relive it if you had been around the first time it happened.

At the ground floor of The Podium in Mandaluyong City, you can get to experience part of that history as well. Close to the mall’s entrance, a golden astronaut stands guard beside an exhibit displaying photos and artwork from the moon landing. And inside, the exhibit transports you back to 1969, with the radio chatter between Houston and the Apollo 11 playing in the background.

Right in the middle of the display is the Omega Speedmaster Apollo 11 50th Anniversary Limited Edition, which will likely become one of the most collectible pieces in the Speedmaster line in the future.

We had a look at the specs a few months ago, but seeing it in the metal helps you appreciate just how everything comes together.
In any case, if you find yourself in Metro Manila, you can catch the exhibit at The Podium until August 4, 2019. Meanwhile, you can take a look at the history of the Omega Speedmaster or watch the video below to listen to NASA’s astronauts, engineers, and a few celebrities talk about their first memory of the moon.