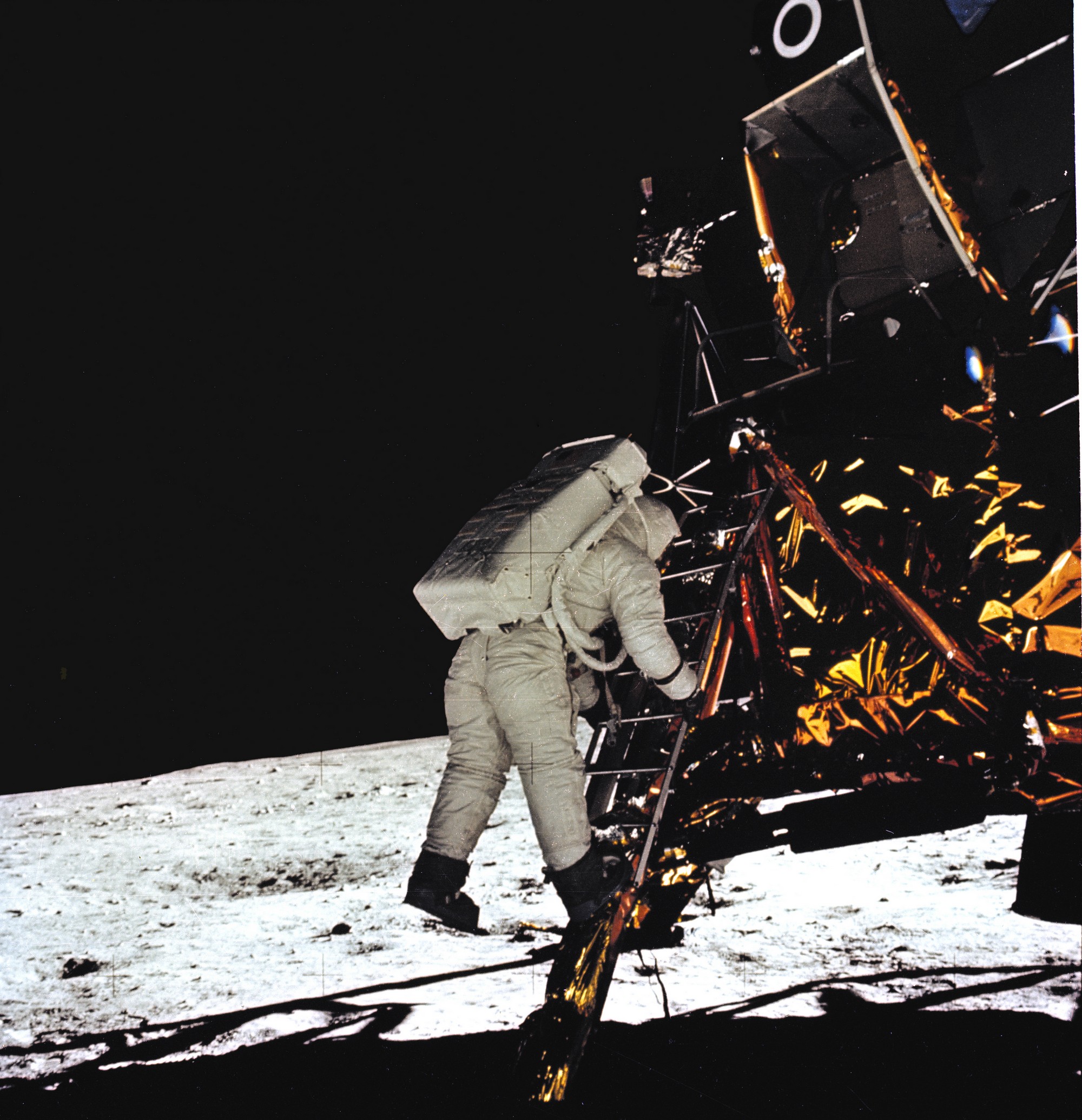 CBS livestreamed the Apollo 11 coverage, and It’s 1969 all over again.

It’s five minutes before the launch of Apollo 11 and on the television, Walter Cronkite—perhaps one of the most famous veteran anchors of all time—is waiting for everything to begin. And right now, I’m waiting, too, reading through a magazine with the Omega Speedmaster in it, Chinese takeout slowly getting cold on the table.

It’s been 50 years since the Apollo 11 flew out of the Kennedy Space Center in Florida and made its way to the moon. But on the television, it is again 1969. CBS has been livestreaming their coverage of the moon landing in real time: commentary, commercials, charmingly dated computer graphics, and everything.

It’s an important time in history. The first time man set foot on soil (is it even soil?) outside of the Earth. Across the globe, televisions were airing the Apollo 11 launch in an unprecedented live screening. CBS called their show Man on the Moon, The epic Journey of Apollo 11. With Cronkite as the anchor, the network launched a 46-hour coverage to take everyone on the journey, and it’s been called the world’s greatest single broadcast in television history.

It was a moment that wasn’t America’s alone, but a shared experience between people from basically every continent. And here, in my living room, I’m sharing that experience with them. 50 years too late, but I still feel the connection. All the hopes for the future carried into the black of space by the Saturn V rocket.

As crucial as this was for humanity, it was also an important time for watchmaking. And if the Apollo astronauts had one mission—to get to the moon and back—so did I. I wanted to see the Speedmaster go to the moon.

As far as watch legends go, the Omega Speedmaster has one of the best stories to tell. It was the watch that went to the moon. That alone would have earned it a place in the history books (and it did), but it was also the watch that helped save the Apollo 13 astronauts when their mission went sideways.

Initially built as a sport and motoring chronograph, it was introduced in 1957 as part of a collection of watches, which included the Seamaster 300 and the Railmaster. In 1962, it became the first Omega in space, worn by astronaut Wally Schirra aboard the Sigma 7. It was, however, an unofficial piece of gear at this point. But by 1964—when NASA sent out a call to watchmakers for a timepiece that would be sanctioned as regulation equipment for their astronauts—it was chosen among the few who sent in samples. And so its career in space began.

But it’s one thing to read about its epic journey (or even write about it) and another thing to see it live, in real time. Back in my living room—and I’m still pretending it’s 1969, here—I get a feel of the era.

In the breaks from Walter Cronkite’s commentary, the livestream is showing me commercials for Kellog’s Corn Flakes, which looks basically the same today; for Western Electric, which is boasting about its use of actual computers for its school; and for a strange, kitschy advertisement for a bikini made by the International Paper Company.

It was a different time, certainly.

Right now, the timer is counting down to zero, and Cronkite is describing everything in his deliberate, even voice. How beautiful it all is, how much is at stake here, what this all means for humanity. And you feel it. Feel it as the ignition begins and Apollo 11 shoots into the sky. Feel it as Cronkite goes: “Apollo 11 is on the way.”

Neil Armstrong, Buzz Aldrin, and Michael Collins are right in there, and on their wrists is a Speedmaster. Within a half hour, the Apollo 11 has fired its three stages and is entering the Earth’s orbit.

I stay on and listen to Cronkite’s reportage. He says it will take the astronauts three days to reach the moon. But I don’t have three days. I barely have tonight. And so I do what you do when you want to cheat a little in 2019. I skip to the ending.

I bring up the browser and look for the lunar landing. It occurs to me now that I could have just looked for this part to begin with. But without the anticipation of the launch, without all the atmosphere, without Cronkite to give us a voice for what the past was like, none of it would feel the same.

Having found a restored video from NASA, I set it to play and put my glasses on. Time to go watch spotting on the moon.

The video is grainy as anything, even with the restored footage. And onscreen, after some chatter between mission control and the Apollo 11, Neil Armstrong begins to climb down from the lunar module. It’s slow going, with gravity on the moon being a fraction of what it is here.

As Armstrong descends, he says the most famous words that have ever been said on the surface of the moon. And you know what they are. Everyone does. It’s been quoted multiple times, and even appears on the case back of the 50th anniversary Speedmaster: “That’s one small step for man, one giant leap for mankind.”

Few would have noticed it at the time, but Armstrong wasn’t wearing his Speedmaster. He had left his in the lunar module because the vehicle’s timer had broken down. With humanity’s first, up close look at the moon unfolding in front of hundreds of millions of people, spotting a watch wasn’t the most important thing to take note of.

It takes a while, but Buzz Aldrin follows Armstrong down to the surface, and he was wearing his Speedmaster. That was how it became the first watch on the moon.

And here’s the thing. We all know what Armstrong’s famous lines are. What we don’t always hear about are Aldrin’s. And what he says to describe the landscape of the moon is “magnificent desolation.” Which, if you ask me, would still look fantastic on a case back.

As the two astronauts go around the surface, I try to get a glimpse of Aldrin’s Speedmaster. It’s hard to make out in detail, the video being what it is, and I’m not sure I can. But I know it’s there, on his right wrist. There are photos of it all over the internet, and you can clearly see it in those. The video, it’s still more than a little grainy. Maybe that little speck is the dial, maybe that black line is the strap. They didn’t exactly bring studio lights, as some conspiracy theorists might suggest. In any case, my mission is complete. I’ve seen the Speedmaster go to the moon.

I switch back to the livestream, and there’s a quaint little animation of the Apollo 11. Crude by today’s standards, but it must have been the height of technology back then. All of this was.

I watch for a while and wait for Walter Cronkite to get back onscreen, and when his voice comes out of the speakers, it feels like I’m in 1969 again. Born too late to have lived it, at least I now know what it sounded like. I turn the television off after a bit and get back to reading.

Walter Cronkite is gone now, passed away 10 years ago. Neil Armstrong as well, seven years back. Only Buzz Aldrin and Michael Collins remain, now in their 80s. The last two famous figures of the most daring expedition ever made.

The Speedmaster is still being made today, perhaps one of the most popular Omegas in production. And for people to have worn one back then? It must have been a point of pride. Still is, for anyone who knows what it’s done, what it’s been through. There are few enough watches out there that can tell this kind of story. One that could bring entire populations together and make them watch, make them hope, make them dream. Because for a time, right on the wrists of heroes, it was completely out of this world.