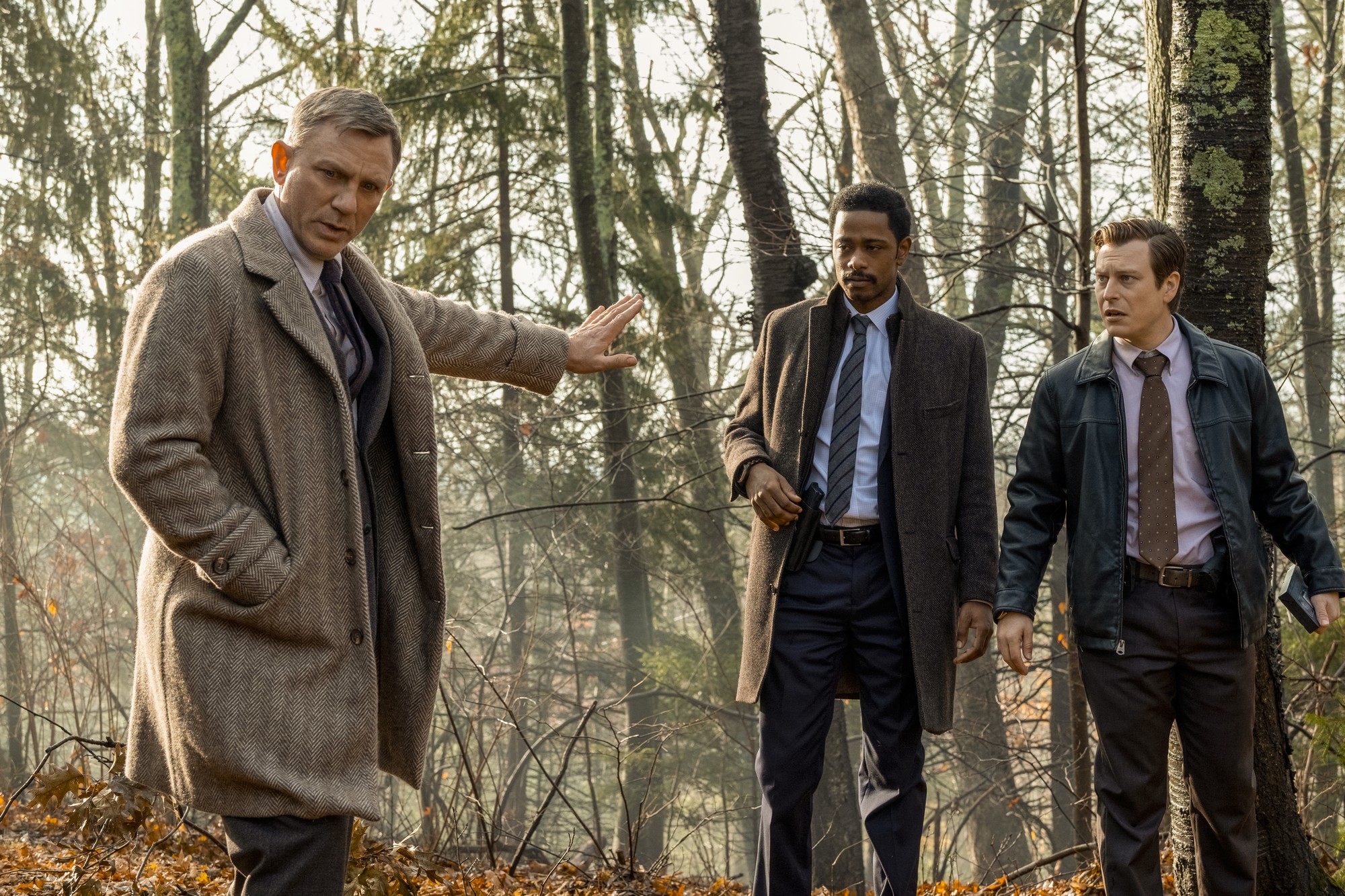 Take a peek at the first trailer for the all-star murder mystery.

Everyone loves a good murder mystery. It’s a classic formula that’s revisited often enough to stay fresh, and thankfully not often enough to make it go stale with half-baked attempts at twists and turns.

This is one fresh take we’re excited about, though—not just because it’s a tribute to genre legend Agatha Christie, but because Rian Johnson is mashing together his directorial style with an all-star cast of very familiar faces. Where else can you see James Bond and Captains America and Von Trapp together?

We’ve got the synopsis right here for you:

When renowned crime novelist Harlan Thrombey (Christopher Plummer) is found dead at his estate just after his 85th birthday, the inquisitive and debonair Detective Benoit Blanc (Daniel Craig) is mysteriously enlisted to investigate. From Harlan’s dysfunctional family to his devoted staff, Blanc sifts through a web of red herrings and self-serving lies to uncover the truth behind Harlan’s untimely death.

Knives Out is set for theatrical release in November 2019.