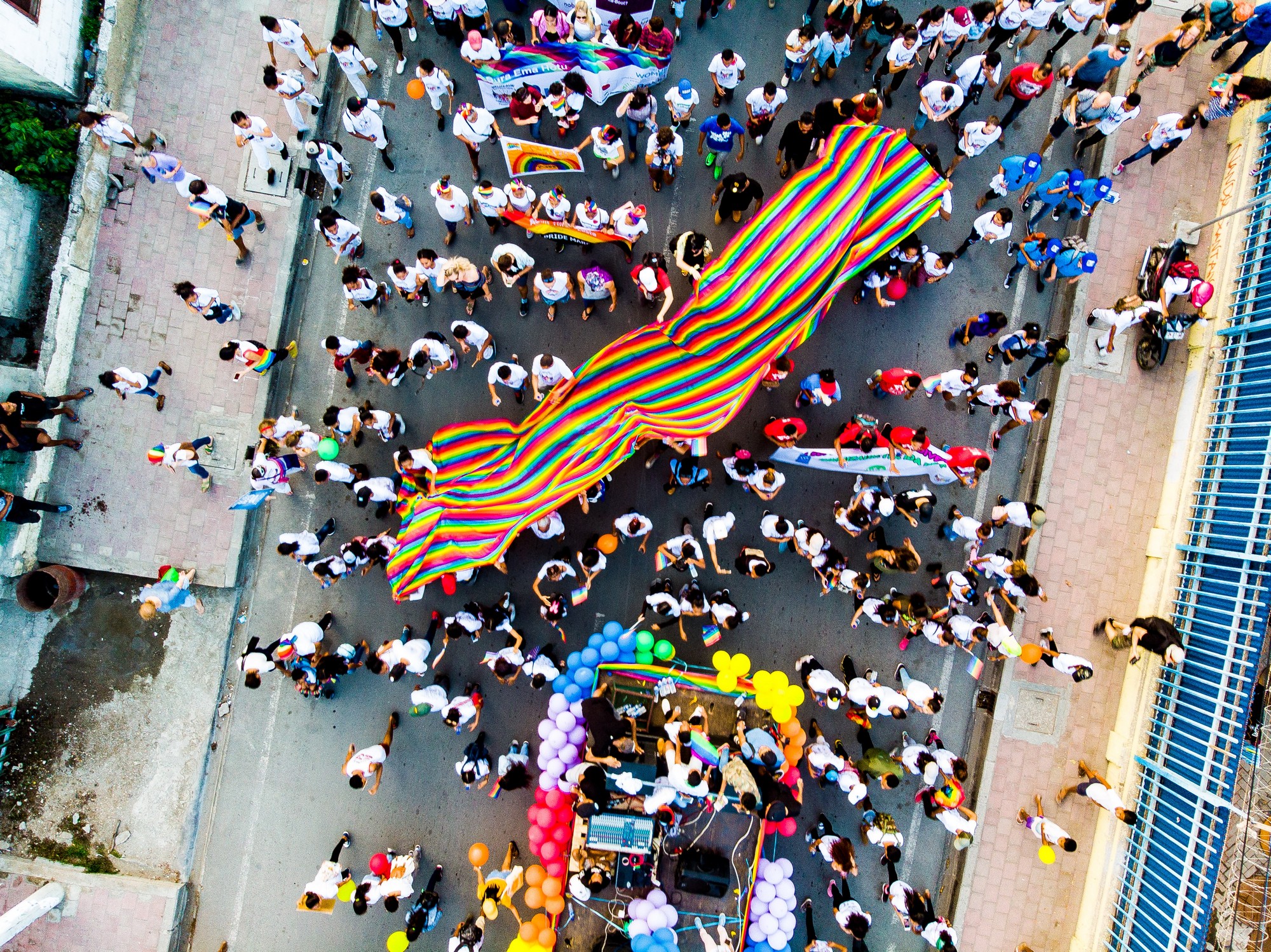 What can we learn about compassion from a 13-year-old boy?

It started with an out-of-the-blue question after class.

“Is there Pride March this year, Mom? If so, do you want to go with me?”

Actually, there was. The Metro Manila Pride Festival was to happen in a few weeks, and I had a vague idea that I should go. That question sealed the deal.

It was a classroom discussion that prompted the idea, apparently. My son, all of thirteen years, lived in a bit of a bubble, with a general but abstract idea that bad things happen. As with most of us, the headlines and the stories that populated our newsfeeds and dinner tables tended to feel distant. But that afternoon, he found out that people had been shot simply for being gay, or that teenagers were being disowned because they had decided to come out. That shook him enough to want to find out more, to see more.

So yes, off to the Pride March we would go.

If you’re a parent of a teen, you’re probably used to (and even resigned to) a sense of ambivalence that emanates from the formerly talkative and warm child you used to know. Teenage sons, in particular, engage in the language of grunting and simple sentences.

In the days leading to the Pride March, I wondered: what could be going on in his brain?

I didn’t want to throw ourselves into the fray blindly, so I sent him by private message (like any modern-day mom would) articles about the Pride March in general, the event logistics, a few personal stories here and there. Every few days, especially as the weather turned wet and windy, I checked in with him if he still wanted to go. Yes, he answered each time, like I shouldn’t even have asked.

With both of us going to Pride for the first time, I also knew that it would be good to be with a group who knew what they were doing. (I had asked if he had friends, or even teachers, who would be going, and I got–expectedly–a vague response. Maybe, not sure, didn’t ask.)

I knew I had friends who were going, and kept a small list of people to watch out for. Going to Pride March in Manila required more than emotional preparation; we needed some logistical preparation as well. I did the bare minimum: I found out the venue and what time things were to start.

The Saturday of the Pride March was gray, but when we got to Marikina, the atmosphere was far from gloomy. A few of the friends we were meeting up with decided to cancel because of the rain, but we found companions in our friends Regina and Oneal, and their son Lucas, who had come ready to give free hugs.

This stroke of luck turned out to be the best scenario for my son. We made it just in time for the actual parade, right before 4pm, and waited with our friends for the cue to get going. The wait, however, was longer than anyone anticipated.

In the time we spent standing and lining up, several people came over seeking hugs. Regina and Oneal each had their signs: Free Mom Hugs and Free Dad Hugs. These hugs of acceptance and love and generosity made such an impact on my son. For one thing, it showed him what it meant to be an LGBT ally. He didn’t use the exact words, but I could feel the teenage reserve melting away. At one point, while carrying the Free Mom Hugs sign, he ended up giving hugs as well.

Perhaps there’s much more to teach and to learn on both our parts. While we can never fully understand what it would mean to live life as LGBT, I know one thing for sure: he understood the desperation and resulting gratitude for unconditional love.

We had been telling him for years how important it is to accept people as they are and, in return, to be proud of one’s own identity. At Pride March, with the LGBT community, at supposedly different sides of a societal divide, he embraced the idea of love is love.

The hugging continued as the parade progressed. I had told him that as much as it was a celebration, it was also a protest, and I watched him take in the signs and slogans, and saw that he had questions saved for later.

The next day, over lunch, there was much to talk about. My husband asked him if he knew why those hugs mattered. He quickly answered, “It’s because many parents shun their gay children.” After a pause, he added, “That’s sad.” We talked about the people we knew who had come out to us, and those who still hadn’t, and how difficult it must be to not feel “allowed” to fully be yourself.

We talked about how statements like “Ano ka, bakla?” (What are you, gay?) and “Magpakalalaki ka” (Be a man) are not just ignorant but severely hurtful, and how there is more to fight for in terms of equal rights and protection. We would go again next year, we agreed.

I didn’t think there would be any grand epiphanies that weekend. But I was happy to hear one thing. “I got to meet a lot of people, helped them feel better, supported them, and other stuff,” said my boy. Pride, he said, was a “very loving experience.”