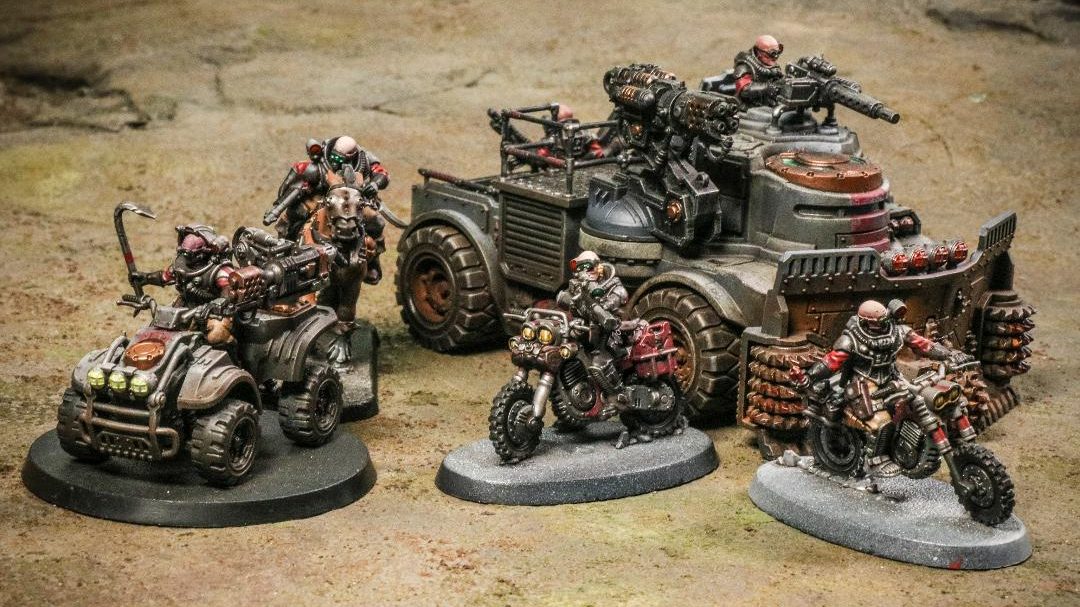 Like commanders classic and contemporary, today’s hobbyists use scale models to simulate conflicts both real and imagined.

The sixth category of scale modelers has its own community—one that exists separately from the other five, and that many consider it to be a different thing all together.

“Wargaming was a gentleman’s game,” says Albert. It started in the Napoleonic era as a more complicated form of chess that better represented a simulation of war on a large table.

During Albert’s time, people would play these games over a few beers, and have entire days dedicated to simulating large-scale battles with cardboard markers: each representing different units. Famed author H.G. Wells popularized using miniatures and toy soldiers to represent troops in a war game.

For Jeffrey Jongko, a college professor and prominent wargamer known in the community as Logan the Grim, wargaming didn’t really pick up in the Philippines until a group of college students at the Ateneo de Manila University introduced each other to the hobby in 1994. They had some rulebooks brought back from England and tried to play some games themselves. Whatever models they didn’t have, they made from cardboard and other materials.

The popular game at the time was a franchise called Warhammer 40,000, a science fiction setting that depicted our galaxy in the 41st millennium. Humanity had expanded, discovered aliens, and developed better and more terrible ways of waging war. Battles would rage between factions such as the superhuman space marines, the war-hungry orks, the Genestealer Cults, and many others.

The rise of hobby shops

As the community grew, wargaming-related models started being distributed in the Philippines as well, at hobby shops located in Robinson’s Galleria and Greenhills Shopping Center. Enthusiasts would hold both casual games and official competitions among each other to see who had the best army.

Battles then and now are played on large tables littered with miniature recreations of destroyed buildings, mountains, craters, and even battlements. These “dioramas of death” were the stages on which the models that players had built, painted, and detailed for hours would spring to life and engage in glorious combat.

With the spread of the popular Neutral Grounds hobby chain and the opening of specialized places like The Dragonforge in UP Town Center and The War Room in Greenhills, tabletop miniature wargaming has become accessible to everybody. Many hobby shops now include war tables.

These days, there are so many different games and settings to play with. People can choose from fantasy settings like the Star Wars universe to real-world historical settings such as World War II and the Napoleonic Era.

Scale models, too, have delved deeper into science fiction and fantasy. Tamiya has popularized a line of fictional race cars that people motorize and paint. Bandai has continued to develop Gundam: futuristic robots that people can assemble and personalize themselves.

It’s the growing love for the hobby that brings so much business to Mukesh “Kesh” Tejada, who makes a living selling tabletop wargaming models aside from being a co-owner of The Dragonforge. It no longer costs huge sums to create a competitive army because there are smaller games like Warhammer 40K: Killteam, which can be invested in with a fraction of the cost.

According to Kesh, scale modelers and wargamers come from all walks of life but are almost always men from their teens to their late thirties. Most of his clientele are students who save their allowance to buy models for their growing armies, and others are men with paying jobs that allow them to spend on their hobbies.

There are more women entering the scene too, as companies attempt to appeal to their demographic. We are already seeing more female models (which are extremely fun to paint because makeup is fun to apply), and even all-female armies in Warhammer 40K and its fantasy counterpart, Age of Sigmar.

“One parent even came to me and told me that he preferred it that his son engaged in these activities instead of playing video games. In video games, you can be as unpleasant as you like, but when you’re playing with miniatures, you’re interacting face to face with another person,” says Kesh.

Everyone has their unique reasons for being invested in scale modeling.

For Albert, it’s a study of history. When he creates a model, he opens a window to that point in time that no longer exists and makes it exist in front of him. As he builds them, he learns about them, he challenges himself, and he experiences the Zen of assembly: diving into the world of what he creates.

For Kesh, it’s therapy. There’s something about holding something in one’s hands and being able to say that this is theirs and that there is nothing else in the entire world like it. For Jeff, it’s a better hobby than others that he’s tried. Nothing beats the joy of slowly building an army and watching it crawl to victory in a tournament.

There’s something modeling gives cannot be picked up from a video game, a book, or a film. With other hobbies, it feels like enjoying someone else’s life’s work. In modeling, we donate a piece of ourselves to a space outside of our own bodies.

A little boy who likes tanks in war films can recreate and hold those beasts of steel in his hands and photograph them as if he were there. A person living with neurodevelopmental disability can explore new avenues of creativity and maximize their potential by sharing the experience with others. An adult can play with toys and reclaim childhood feelings from when fun and games meant everything.

And an erstwhile law student, who once could only see failure in himself, can look at his shelf and see his life painted in living color: his experiences frozen on the faces of his miniature warriors, each unit representing a moment in his life. They serve as reminders that despite everything, life goes on. They call out to him, and tell him: “Lead us forward, commander.” And he does.

At the end of the day, we can sit together at a table, surrounded by our own creations. We can speak of our experiences and remember times long gone, content that they are forever immortalized in the toy soldiers that we have helped bring to life.