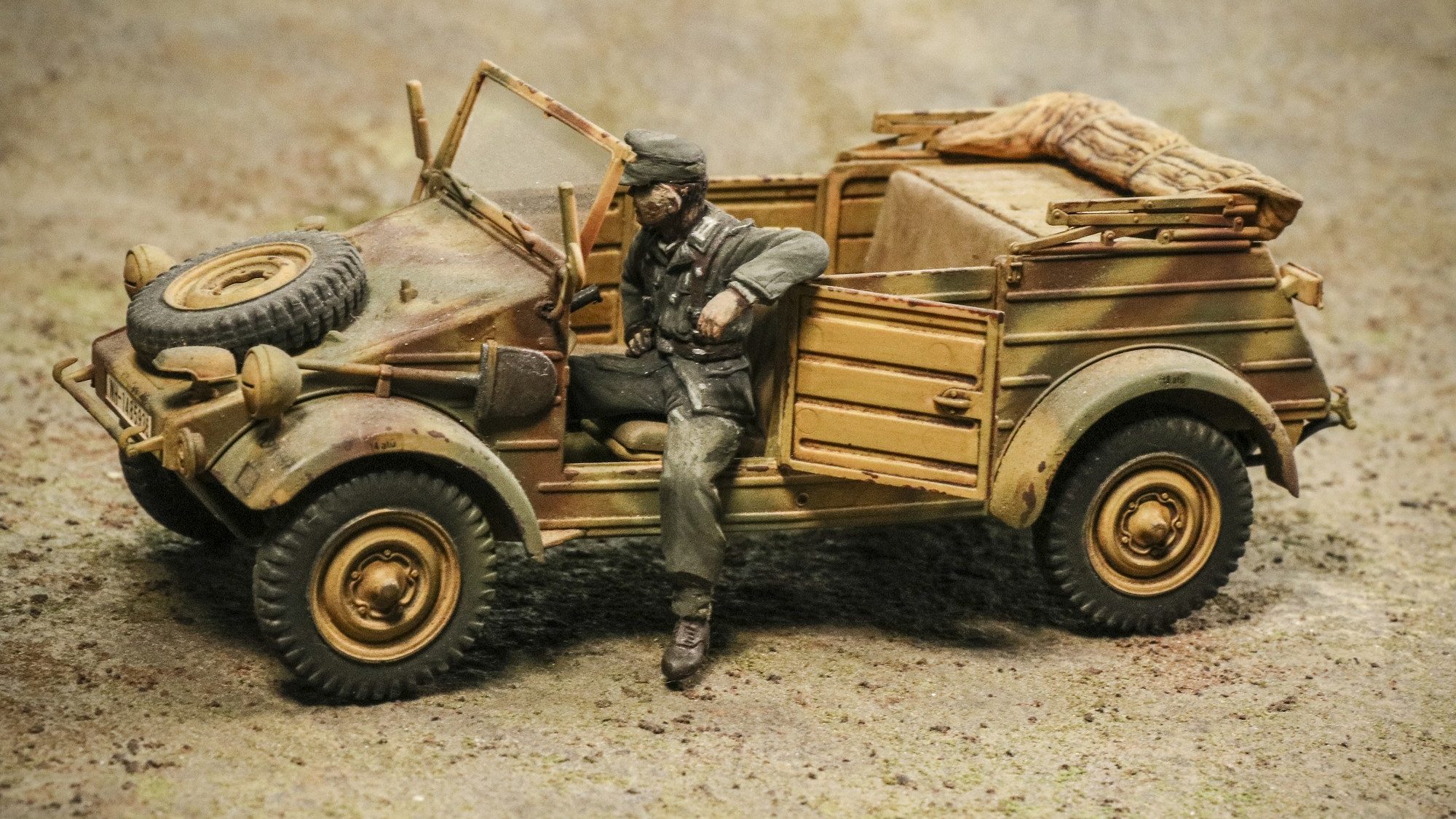 A brief look at the rise of scale modeling in the Philippines.

What is a scale model?

And for many people all over the world, it’s great fun.

There’s nothing like the fulfillment of seeing and holding something that, until that moment, had been a figment of your imagination, the subject of a photograph, or an image from a movie—pulled into the real world with the power of creativity.

Where it all began

According to Albert Labrador, a professional photographer in his 50s and the owner of scale modeling and wargaming café The War Room, it all started in the 1950s. The world was still recovering from World War II, and most parents could tell their children what it was like. It was the subject of many popular films of the period and the cause of most of the world’s political problems at that point in history.

Before then, people used to carve models out of wood to represent planes and tanks. Wargaming with models at that point wasn’t common and was instead often played on large tables with tiny cardboard rectangles. The two hobbies didn’t overlap.

Models at the time were just toys, sold in the kids’ sections of department stores and groceries. Albert was eight when he began collecting them. Compared to the model kits sold in hobby stores today, those kits were for the consumption of children.

As these kids grew up, however, the toys just weren’t cutting it. Maybe the barrel of this tank was too short, or this plane was the wrong color to be flying for that faction. Perhaps the placement of the guns was all wrong, or the flag had the wrong symbol.

Those things needed to be modified.

A dash of creativity

People started painting their models, as well as adding and removing things from them. Eventually, toy companies caught on and started creating models for that particular purpose around the late 1960s to the early 1970s.

Manufacturers like Revell, Monogram, and Airfix started releasing model kits specifically for the purpose of recreating the real thing as accurately as possible. The new kits were of airplanes, cars, and, of course, tanks. Back then, the kits were only as big as the manufacturers could fit in the standard packaging—something they called “box scale.”

The quest for detail

As Albert explained the history of the hobby, he presented a tank that he had worked on. It was almost lifelike, to the point that when it was photographed against a wargaming tile (which was painted and modeled to look like a photorealistic battlefield), it looked like a photo taken during the war.

He proceeded to talk about the tank, its history, and where it had been. He pointed out the unit markings and the tank’s designation, and he explained that he had based it on a real tank that was photographed at the University of Santo Tomas on the day the Americans arrived to liberate the prisoners there.

The dedication was impressive: the attention to detail, the precise placing of parts unique to each model, and the story that would come with every project. It all came from a desire to recreate what these tiny things are meant to represent.

The School of Verlinden

In the early 1980s, Shepherd Paine began to include pamphlets on how to build dioramas in every Monogram model box.

Eventually, model stores started to sell individual parts to make models with. A man named Francois Verlinden began to introduce finecast resin parts to the mass market to further individualize each project. His last name became synonymous with the style.

It became less about having a toy that looked like something from history and more about telling the story of history itself. To look at a historical scale modeler’s diorama was like catching a glimpse of another time and another place.

The birth of a hobby

As the hobbyists grew older, the companies that catered to them grew with them. Models made of lead and pewter that were more detailed began to emerge. Specialized paints were developed, and models got more and more detailed as the years went by. A hobby that was once meant for eight-year-olds was being consumed by adults from all walks of life.

“The hobby is only as expensive as you want it to be,” says Albert. You can spend a relatively small amount and already buy a kit with some paint, a brush and a model. With the right application of skill, that kit could end up a beautiful piece for the shelf. Eventually, you might be able to create a diorama with more investment, and even slowly build an army.

Scale models, according to Albert, come in different categories. There are planes, armor, cars, trains, and historical models.

The first four are self-explanatory: they’re smaller but intricately accurate versions of their real-life counterparts. Many hobbyists strive to get everything right to the finest detail, from the oil leaking from the engine to the rust under the paint. According to Albert, some people even try to make models look as rusty and decayed as possible.

Albert belongs to the fifth category. Historical modelers like to depict specific historical events and figures. Many of his model tanks are precise images of real tanks that were used in wars.

Viewing his work was like looking through a window to the past created by his own vision. It was different from seeing a movie or reading a book because the tanks could be picked up, examined, and sometimes even opened.

One of the models he showed me was a tank he made by combining several different tank kits that showed both the exterior and interior of a real weapon of war: each tiny detail worked out from the paint chipping off to the bits of rust on the steel.

Albert continues what he does because he considers it his way of studying history. His obsession with getting every nut and bolt right is nothing short of insanity, but it’s the kind of insanity the world needs. Through the eyes of people like him, we experience history in a way movies or books will never describe.

As for the sixth category of scale models: that requires its own digression.