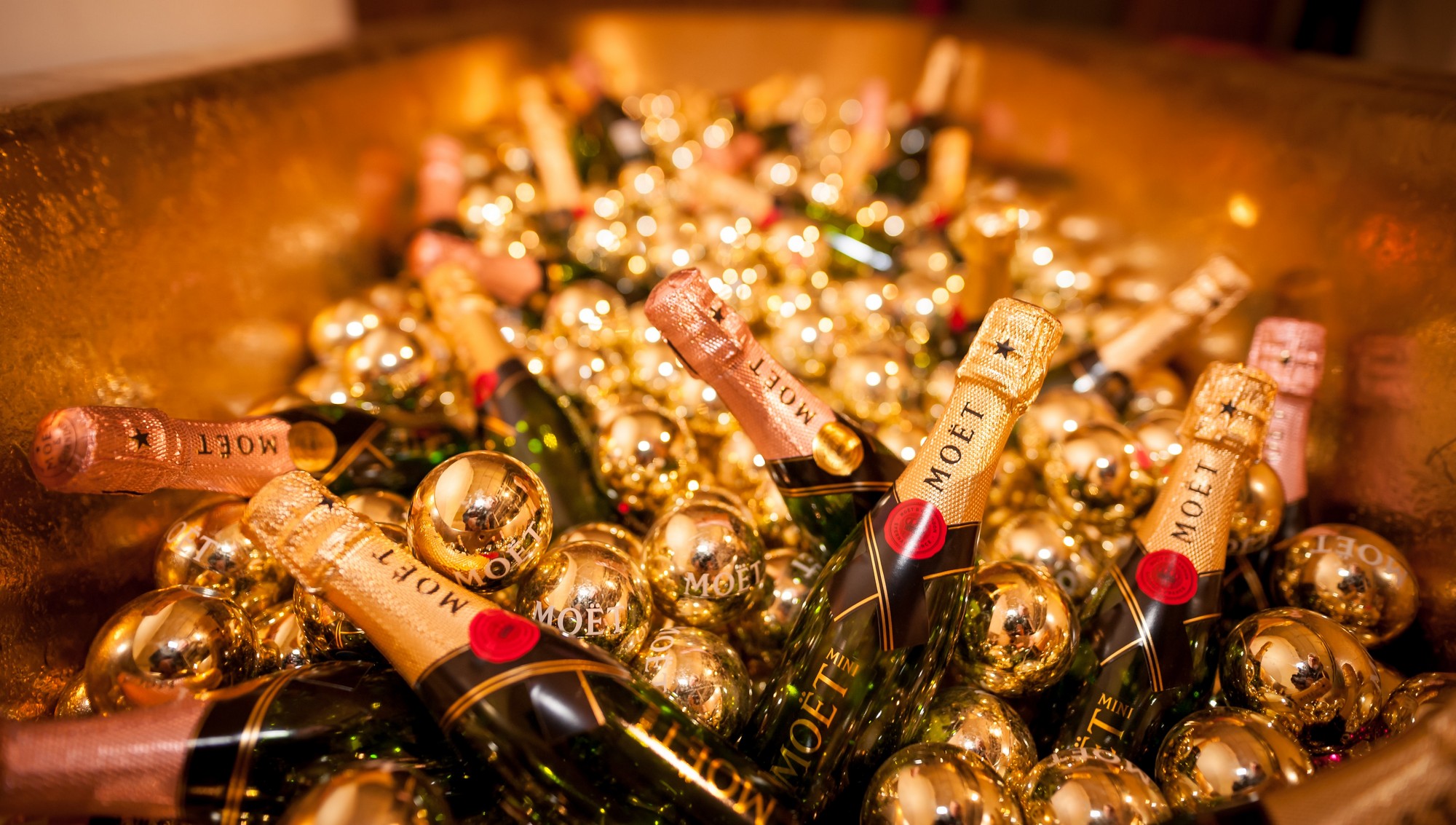 You don’t get to your 150th birthday without more than a few things to celebrate.

At celebrations everywhere, champagne has often been the drink of choice. Perhaps it’s the bubbles that raise spirits, up tempos, and elevate jubilations. Perhaps it’s centuries of association with nobility. Perhaps it’s all the movies. Whatever it is, if you’re talking about champagne, you must talk about Moët et Chandon.

And you don’t get to your 150th birthday without more than a few things to celebrate.

What we know today as Moët et Chandon began as Moët et Cie (“Moët & Co.”) in 1743. The company was established by Épernay wine trader Claude Moët in 1743.

Even before Moët came along, champagne had been the wine of choice for many of the French nobility, often served at coronations and other celebrations. Perhaps it had something to do with coronations being traditionally held in Reims, which is in the Champagne region. Sparkling wine was freeflowing in Champagne, and Claude Moet took a bold step: he began shipping his wine from Champagne to Paris. Soon his champagne became the most sought-after, not just in France, but across Europe.

His grandson, Jean-Remy Moët, is credited with turning Moet into an international brand, and that may have something to do with Pierre-Gabriel Chandon de Briailles.

In 1833, Chandon became a partner of Jean-Remy Moët, and the company was renamed Moët et Chandon.

Jean-Remy Moët was responsible for more than the name change and the international clientele. He was also champagne supplier to one of the most famous generals in history: Napoleon Bonaparte, who discovered the drink when he was studying at the Brienne military academy in Champagne.

But the general is not the only famous person in history to proclaim his love for Moët. Bottles of the sparkling stuff have been seen in the hands of various celebrities over the past 150 years: Cary Grant and Kim Novak enjoying Moët Imperial at Cannes in 1960. Andy Warhol and socialite Cornelia Guest in New York City in 1985. Paul Newman celebrating his 40th birthday with what looks like a Moët open bar in 1965.

Its links to fame have not been limited to Hollywood though. From 1966 to 1999, and again in 2016, Moët was the official Formula One champagne provider. In 2015, Chandon took it further by becoming a sponsor of the McLaren F1 team. Moët & Chandon brand ambassadors have included Michelin-starred chef Jason Atherton and tennis champion Roger Federer.

These days, you cannot encounter a luxury brand without encountering LVMH. It seems unimaginable that so many iconic brands would come together in a single conglomerate, but there’s no denying history.

Founded in 1765 by Irish military officer Richard Hennessy, the distillery is known for its cognac. The company was named Jas Hennessy & Co. in 1813. It was in 1971 when Kilian Hennessy, a fifth-generation descendant, spearheaded a merger with Moët et Chandon, creating Moët Hennessy. In 1987, Moët Hennessy merged with Louis Vuitton, creating one of the world’s largest luxury brand conglomerates.

There may be other champagne, but nothing commands memory and respect like Moët. Nothing else speaks of celebration like Moët champagne. Though Moët Imperial will always be the classic favorite, there are other champagnes for the adventurous: Rosé Impérial, Ice Impérial Rosé, Grand Vintage, and more.

Who knows that the next 150 years will bring?