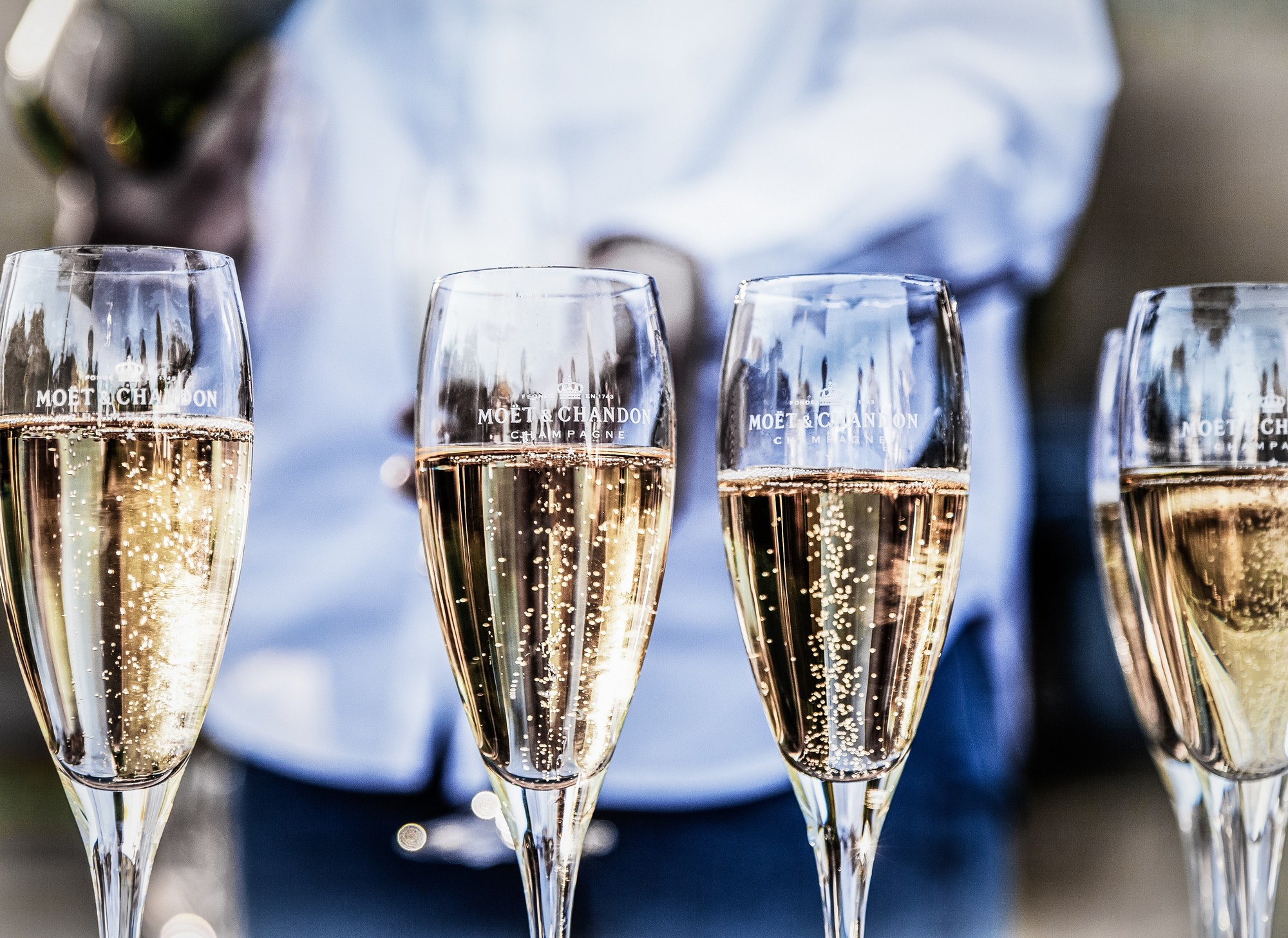 From this region, a wine for all celebrations.

When you have something to celebrate, you pop open a bottle of wine. But grand celebrations, the ones around once-in-a-lifetime occasions, require something different. For those, you want champagne.

What is it about champagne? Is it the bubbles? The enticing color? The way it goes to your head and makes you giggle uncontrollably? (We’re looking at you, Natalie Portman in The Professional.)

Whatever its appeal today, champagne has been making appearances at lively parties for centuries. But what do you really know about this sparkling wine?

How do you solve a problem like the weather?

Champagne is not just the name of a type of sparkling wine; it’s also the name of a region in the northeast of France. The region has been making wine since well before medieval times, but the climate makes it difficult to produce red wines. There are challenges throughout the process, from the ripening of the grapes to the fermentation in the cellars.

It was this very climate that led to the creation of champagne, rather by accident. The bottles would be lying in the cellars, and the arrival of spring would awaken the yeast in the bottles, leading to the release of carbon dioxide gas. Some bottles exploded; the ones that didn’t, well, those were the first bottles of champagne.

Not the inventor of champagne

Heard of Dom Perignon? The Moët brand is actually named for the Benedictine monk who is called “The Father of Champagne.”

Though he didn’t invent the wine, he did two important things for this sparkling wine. First, he helped standardize production methods to avoid the explosions—after all, it can’t be good business if you can’t be sure how many of your bottles will stay intact. He also added two safety features: thicker glass bottles that better withstood the pressure, and a rope snare to help keep corks in place.

Champagne has long been associated with royalty, and with good reason.

French kings were traditionally anointed in Reims, and champagne was served as part of the coronation festivities. Hugh Capet, a 10th-century King of France, started serving the sparkling wine during official dinners at the Royal Palace.

Louis XIV, best known as the Sun King, drank champagne almost exclusively. After his death in 1715, the Duke of Orléans introduced the sparkling version of the Champagne wine to the rich and famous.

The association with ruling classes didn’t stop there. At the age of nine, Napoleon Bonaparte was sent to study at the Brienne military academy in Champagne, where he developed an early interest in the local brew. Supposedly (and you can probably find a map to check this), before each of his military campaigns, Napoleon made it a point to pass through the region to obtain his supply of his favorite drink—from none other than his good friend, Jean-Rémy Moët, grandson of Claude Moët. Napoleon loved champagne so much that he once said, “Champagne! In victory you deserve it, in defeat you need it.”

The French continue to maintain their legal right to call their wines champagne, as they have for over a century. And yes, it’s the law, as per the Treaty of Madrid, signed in 1891, and the Treaty of Versailles. The European Union also protects this law.

In celebration of sports

It isn’t an uncommon sight nowadays: a team wins a hard-fought victory, and here come the champagne bottles, sweaty athletes soon to be covered in the sweet bubbly stuff.

This tradition began pretty recently, actually. For this, we can thank Dan Gurney and A.J. Foyt.

When they won the grueling 24 Hours of Le Mans race in 1967, they were carrying a bottle of champagne when they ascended the winner’s podium. Gurney looked down and saw team owner Carroll Shelby and Ford Motors CEO Henry Ford II standing with some journalists. On a whim, Gurney gave the bottle a shake and sprayed champagne all over the crowd.

Of course, most people would probably rather drink the wine than spray it on unsuspecting people.