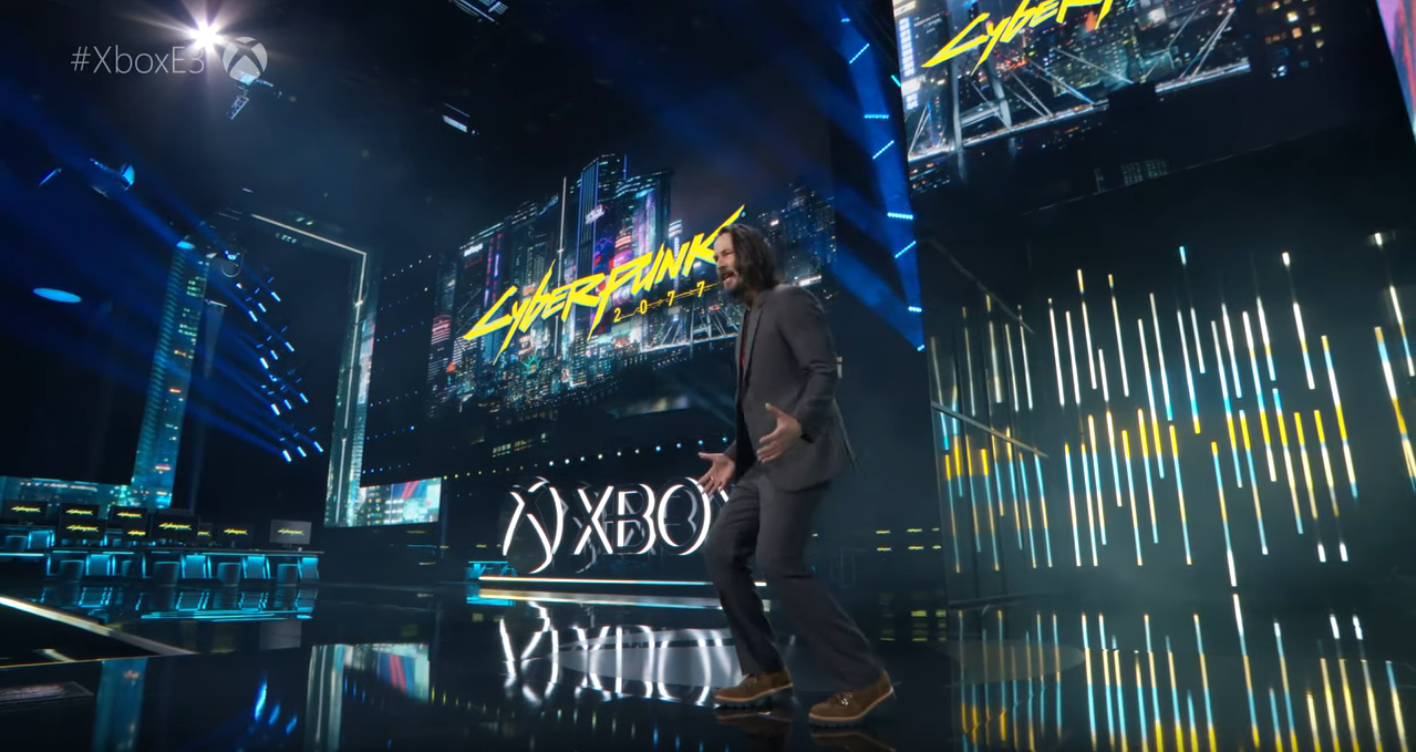 Here are our picks of the most promising news from E3 this year.

The esteemed gathering that is E3 has had its ups and downs, but 2019 sees it in fine form—which means it’s still an excellent time for fans of bleeding-edge entertainment!

With every major tech and gaming publication (and even some mainstream ones) diving into E3 coverage this week, it’s understandably overwhelming to keep up. But if you’re interested in a quick showcase of the things that might be worth keeping an eye on, we’ve got you covered!

Surely you know about the biggest highlight of E3 2019 that has effectively taken the internet by storm, as Nerdist’s Jessica Chobot delightfully points out? In case you’ve been distracted the past few days, she’s got a perfect explainer for you:

Like the lady says, now you absolutely must get Cyberpunk 2077. Here’s the game’s official spiel:

The real you is not enough.Cyberpunk 2077 is an open-world, action-adventure story set in Night City, a megalopolis obsessed with power, glamour and body modification. You play as V, a mercenary outlaw going after a one-of-a-kind implant that is the key to immortality. You can customize your character’s cyberware, skillset and playstyle, and explore a vast city where the choices you make shape the story and the world around you.

You saw a glimpse of the trailer up in Jessica’s video, but now here it is in its full glory:

And yes, we love Keanu too.

Fans of stories like the Bill Murray cult classic are in for a treat with the upcoming Deathloop—if your definition of personal growth and development involves becoming a better assassin than your rival, and if you happen to be fan of grindhouse aesthetics.

We’ve got an official rundown for this one too:

Deathloop transports players to the lawless island of Blackreef in an eternal struggle between two extraordinary assassins. Explore stunning environments and meticulously designed levels in an immersive gameplay experience that lets you approach every situation any way you like. Hunt down targets all over the island in an effort to put an end to the cycle once and for all, and remember, if at first you don’t succeed… die, die again.

The game is being developed by Arkane: the same studio known for the unparalleled mystical-assassin franchise Dishonored and the sci-fi tour de force that is Prey. They’re among the best storytellers in the business, thanks to their commitment to meaningful player agency and immersive lore.

Remember when I wrote about video game nostalgia and I mentioned the woefully underrepresented Turbografx-16? Well, apparently it’s coming back now too, joining all of its reincarnated brethren to take even more of our money in the name of revisiting our childhood memories.

Kotaku reports that the Turbografx-16 Mini is being put together by Konami (which has the hardware rights because of its past acquisition of developer Hudson), and has an appropriate nod to the same regional iterations it had decades ago by coming out with PC Engine variants as well.

If you absolutely must complete your growing cabinet of old-consoles-made-new, this one should definitely make it to your wish list.

If you’re fascinated by the sights and sounds of 1920s Chicago and always wondered what it would be like to control gangsters in tactical turn-based combat, Empire of Sin has got your number.

Details are a bit sparse, but Polygon’s got a good handle on what you can expect when it comes out in 2020. But really, if you’re a fan of the period, looking forward to this is a no-brainer because how many clever games are there that tackle the vibe of the era so well?

We have one rule: You don’t break the Masquerade

Closing out our picks of E3 2019 is a fresh gameplay trailer of Vampire: The Masquerade – Bloodlines 2.

Excitement for this newest take on the decades-old RPG franchise by its new stewards Paradox Interactive has been building for a while now. With Bloodlines 2’s target release of Q1 2020 and the reinvigorated Vampire: The Masquerade releasing new products in the coming months, it’s looking like one of the sleeping cultural elders of bloodsucker entertainment is finally waking up.

Will you pledge to the Camarilla, or strike out on your own?