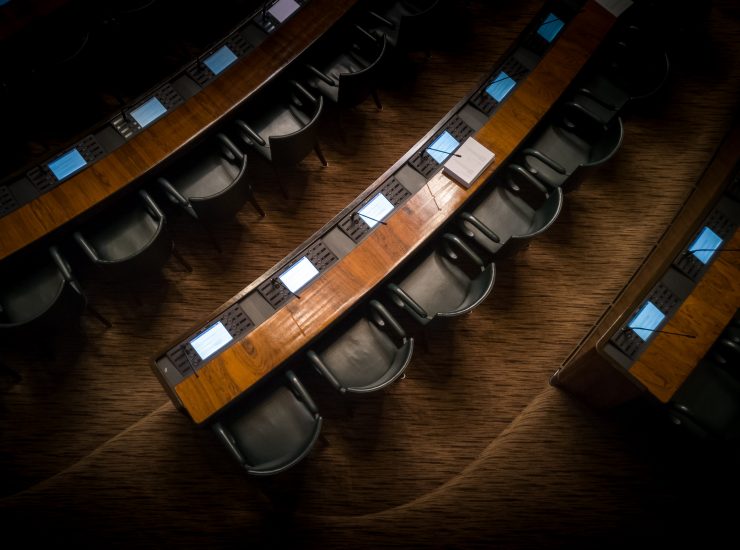 What does it take to build a nation?

Fighting for independence is hard. You have to mobilize people, fire up their emotions, acquire weapons, strategize.

Jumpstarting a country after independence, that’s another thing. And in an archipelago like the Philippines, with hundreds of ethnic groups, in 1898, at a time before the internet or mass transit, when competing Western powers want footholds in Asia, it seems next to impossible.

So, how did the nation’s pioneers build Asia’s first republic?

As with most Asian countries that share the colonial experience, the Filipino proclamation of independence from Spain was an act of will and defiance, shaking off the subservient identity that had been imposed on the local populace. And it isn’t surprising that this distinctly Filipino proclamation was the first in Asia.

On May 19, 1898, General Emilio Aguinaldo, leader of the Revolution, returned to the Philippines from Hong Kong. The truce with Spain had failed. The only thing to do was to resume the revolution. Upon his return, Aguinaldo had with him the newly designed Philippine flag. On June 5, he commissioned Julian Felipe to compose the national anthem in time for the proclamation of independence.

Finally, on June 12, at 4:20 pm, at the Aguinaldo House in Kawit, Cavite, in a solemn ceremony, the anthem was performed by a brass band from San Francisco de Malabon, and Ambrosio Rianzares Bautista, Aguinaldo’s war adviser, read aloud the proclamation of independence, as the flag was unfurled by Aguinaldo at the house balcony.

Step No.2: Establish a representative government

A simple declaration by a few people does not a country make. This declaration needs popular support.

In the late 19th century, Filipino propagandists and revolutionists had been calling for democracy as the only choice for the Philippines, as in this form of government, the people’s voice would set the agenda and direction of the country. In 1898, those at the helm were military men, not elected, but put in those positions because of the urgent need. After all, revolutions called for generals to lead. Establishing peace and order though, vital in any newborn country, could only be done by good administrators.

A simple man suffering from polio, Apolinario Mabini had been sent for by Aguinaldo. From Los Baños, Mabini was carried on a hammock by volunteers from town to town, reaching Kawit as the proclamation was being read. As soon as he arrived, Mabini questioned everything: the wording of the proclamation; its lack of signatures from people’s representatives; even the presence of the Americans in the event who, he said, had not shown their true intentions.

Recognizing such legitimate inquiries, Aguinaldo made Mabini his adviser, and leader of his Cabinet. Mabini was quickly put to task: he made sure that representatives of liberated towns ratified the independence proclamation by August 1898.

Simultaneously, Mabini launched the most ambitious project yet: establishing a government bureaucracy led by Filipinos, stretching from Luzon to the farthest reaches of Mindanao, sending out communication via cable lines, transporting goods, services and military personnel via train, horse-drawn carriages, even on horseback.

In the Malolos Congress, efforts were made to have representatives the entire archipelago, even from provinces that had yet to be liberated from Spain. Attempts were made to establish diplomacy with other leaders in other parts of the islands. Aguinaldo sent a letter to the Sultan of Sulu on January 19, 1899, in an attempt to establish regional ties, but he never got a reply. Mabini wrote to the newly formed Estado Federal de Bisayas in Panay on January 24, 1899, assuring the elected leaders of this federation of Visayan provinces that they have a place in the newly formed government.

Step No.3: Gain recognition from other nations

As soon as the government was inaugurated, with the constitution promulgated on January 23, 1899, the task of gaining recognition from other countries became necessary. At the time, tensions between the Filipino and American forces were already brewing.

As early as May 1898, the United States had been assisting Filipino revolutionaries against Spain. But when it came to recognizing Aguinaldo’s new government, the Americans were hesitant, making some people like Mabini suspicious. Felipe Agoncillo, as appointed ambassador, was sent to the US in September 1898 to negotiate for American recognition, but he was denied. When Agoncillo got wind of secret negotiations between Spain and the US, he pleaded on behalf of the Filipino people to participate, but was rebuffed.

Eventually, the Treaty of Paris, selling all Spanish colonies in the Pacific to the US, was signed. The republic issued a diplomatic protest, followed by an appeal to the US Senate not to ratify the treaty. Diplomatic channels were severed upon the outbreak of the Philippine-American War on February 4, 1899. But efforts towards international recognition continued. Mariano Ponce, the republic’s ambassador to Japan, was able to meet Ōkuma Shigenobu, a Japanese nobleman and member of the emperor’s cabinet, and Sun Yat-sen, leader of the independence movement in China, and both supported the recognition.

Step No.4: Sustain peace and order

Amidst war against the Americans, the republic struggled for its very own existence. This final step proved very difficult. Reports of abuses by the army reached Mabini, who continued to encourage Aguinaldo to discipline the troops. Wealthy members of the Malolos Congress began to pressure the government to favor autonomy under the US instead of independence. Weak leadership proved the final straw, as the republic eventually lost resources and support, with its remnants shifting to guerrilla warfare. Meanwhile, the Americans were quick to offer alternatives–civil government leadership was offered to Filipinos, and education proved an effective counter-narrative to independence. Finally, Aguinaldo was captured by American troops in Palanan, Isabela, on March 23, 1901.

The first republic in Asia may have been a failed experiment, but it was not a lost cause. What the remaining leaders of that republic could not attain in the battlefield, they continued to fight for in the political arena provided by the American colonial administration. The dream pushed an entire generation towards making it a reality in 1946. This dream inspired other Asian countries to pursue their own path, breaking free from their colonial chains.