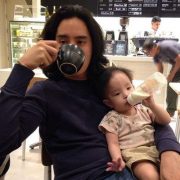 Paolo mainly subsists on caffeine and toddlers’ leftovers, but would…

Whereas Japanese anime has long since achieved cross-cultural acceptance, its Western counterpart still contends with the stigma of being treated as kid-fodder. Owing to the largely dismissive attitude of older viewers and even professional critics, American animation is frequently relegated to the role of pseudo-babysitter rather than appreciated as a legitimate art form.

But with the recent box office success of Pokémon Detective Pikachu and Toy Story 4, perhaps it’s time to reassess the divide between kids’ and adult animation—a difficult distinction given the medium’s broad appeal and the timeless themes it tackles.

Other than one’s own discretion, the line between kid-friendly and mature animated content hinges on enforced ratings and restrictions, the earliest instances of which can be traced back to the Hays Code.

Hard as it is to imagine, lots of the animated shows and films we see today may actually be tamer than the old-timey toons of the ’30s. In fact, it was fairly common to find off-color jokes, profanity, sexual innuendo, and even references to drugs and alcohol in then-popular shorts.

Concerned by outraged religious groups, US politician Will H. Hays established the Production Code Administration, an organization tasked with reviewing all films and assigning those that, morally speaking, made the cut with an MPPDA “seal of approval.”

Implementation of the code affected nearly every animation studio to an extent, but the most famous casualty of the widespread censorship that followed was none other than Betty Boop.

Instead of the cartoon sex symbol we know today, she was drastically toned down from a sultry, carefree star of the jazz era into a family-friendly, albeit secondary, character. That led to the series’ quick decline, with Betty only reappearing in the late ’80s—most notably in the genre-defying fantasy comedy, Who Framed Roger Rabbit.

Despite those hurdles, American animation continued to flourish. In fact, it was Betty Boop’s creator, Max Fleischer, who later ushered in the Golden Age of Animation with his seminal Superman cartoons.

You might think of either George or Christopher Reeves as the first on-screen Superman but, in truth, America’s supreme superhero actually made the leap from page to screen as a cartoon in the early 1940s. The comic book character’s popularity and power set soared when Paramount Pictures commissioned what was to be one of the greatest achievements in animation history.

Over a span of 17 films, the show not only cemented Superman in the public consciousness, but even established the Daily Planet’s iconic look and the Man of Steel’s ability to fly.

Moreover, the single-reel shorts pushed the boundaries of animation and inspired future generations of artists by taking the medium to greater heights through their dynamic movement, rich colors, realistic lighting, and exemplary sound design.

To create the fluid and nuanced character movement that still sets the ’40s Superman cartoon apart from future adaptations, Fleischer even developed his very own animation technique called rotoscoping,used in other critically-acclaimed works like Snow White and the Seven Dwarfs and Waltz with Bashir.

Fast forward to the new millenium, where generations raised by the television and internet have invariably been shaped by cartoons. Growing up in an age of constant upheaval, viewers ranging from ageing Gen X-ers to your memelord nephew have likely found inspiration and solace in the familiar formulas of animated films.

Animation succeeds in capturing the zeitgeist: the resonant stories behind hit shows and movies reflecting the spirit of the times and evolving with the sensibilities of its audience.

Sitcoms such as The Simpsons, King of the Hill, and Bob’s Burgers have continually struck a chord with prime-time viewers through their all-too-relatable depictions of family dynamics, underdog dads, and the peculiarities of suburban life in America.

On the other hand, MTV’s signature station IDs, surreal Liquid Television segments, and original series like Daria, Beavis and Butthead, and Aeon Flux embodied the ubiquitous weirdness and angst of the ’90s, all the while bringing much-needed focus to the sociopolitical issues and disenfranchisement that underlied the youth’s apathetic attitude.

Entering the interactive age, Cartoon Network’s after-hours special Adult Swim redefined TV animation through the Lo-Fi look and offbeat humor of early shows like Space Ghost Coast to Coast, Harvey Birdman: Attorney General, and Sealab 2021, as well as the experimental and decidedly subversive nature of newer programs like Rick and Morty, Metalocalypse, and The Boondocks.

While there’s no disputing the need for ratings and restrictions in film and TV, they don’t necessarily determine the artistic value, cultural relevance, or even the audience of animated works.

There are any number of cartoons that, whether geared towards younger or older audiences, manage to contain sophisticated narratives and complex layers.

Of the former, the recently concluded Steven Universe teaches self-affirmation, body positivity, and LGBT inclusivity without ever being preachy, while Adventure Time juxtaposes wacky characters and high jinks with what’s heavily implied to be a post-apocalyptic world.

And so, odd as it is to follow that up with quotes from Walt Disney, it seems he was right in saying that animation “can bring pleasure and information to people of all ages” and that “adults are only grown up kids, anyway.”

Whoever you are and however old you are, there’s no shame in appreciating amazing animation, and no sense in downplaying its value and impact either.

Paolo mainly subsists on caffeine and toddlers’ leftovers, but would do unspeakable things for a proper steak. Currently employed as a copywriter, he often wonders if he could otherwise make a living dancing on grapes in some faraway vineyard. He has a fondness for the awkward, absurd, and alliterative.