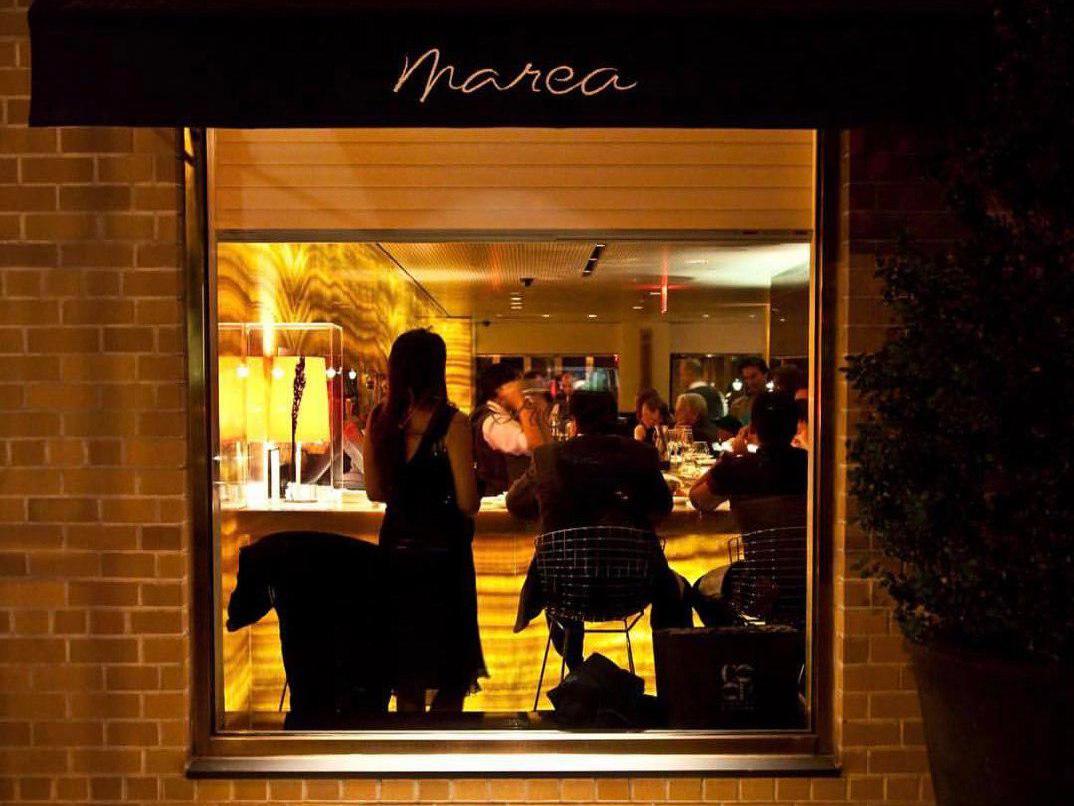 I had just moved to Los Angeles a few months before and decided to make a short trip to New York during the weekend after Thanksgiving. As usual, New York was very busy.

A few weeks before the trip, my cousin had called me and he asked if I wanted to check out Marea. Before then, all I knew about it was that it had won two Michelin stars. Being who I am, I said yes without a second thought.

As soon as I landed in New York, I was ready for all the food and—let’s not lie—the drinks that the weekend would have in store. The day of our reservation at Marea, I decided to live it up a bit too. I started off the afternoon with high tea and champagne at Berdgorfs from 4pm to 6pm, and then I met my cousin at 6:30pm outside the restaurant.

Upon entering the restaurant, our coats were taken in typical fashion and we were led towards the bar, where we were asked to wait before our table was ready. It didn’t take long, so we skipped the initial pre-course drink before we were led to our table.

As we took our seats, we were also given a bread basket to snack on while we chose our main courses. My cousin took less than five minutes; he decided to go for the Octopus and Bone Marrow Fusilli the restaurant is known for, while I decided to bite the bullet and order my first Truffle with Tagliatelle. After all, there’s no better place to order truffle pasta than at a Michelin-starred restaurant.

Upon serving the dish, the server came up to me with a wooden box and asked me to choose which truffle I’d prefer be shaved onto my pasta. He then proceeded to wear cotton gloves and shave the fresh truffle on my tagliatelle that already had some butter sauce.

True enough, the dish lived up to its name, I still consider it one of the best pasta dishes that I have ever had. I rarely order truffle pasta nowadays, since most places include truffle oil in their recipes and I’m just not about that synthetic truffle life. Next to the truffle pasta of Marea, I’d have to say the truffle pasta of New York’s Morini is a possible runner-up.

One thing I do want to clear up: just because I ate at a Michelin-starred restaurant, it does not mean the bill felt like the price of my kidney. It was quite affordable. In fact, Marea has a four-course meal just for $117, exclusive of tax.